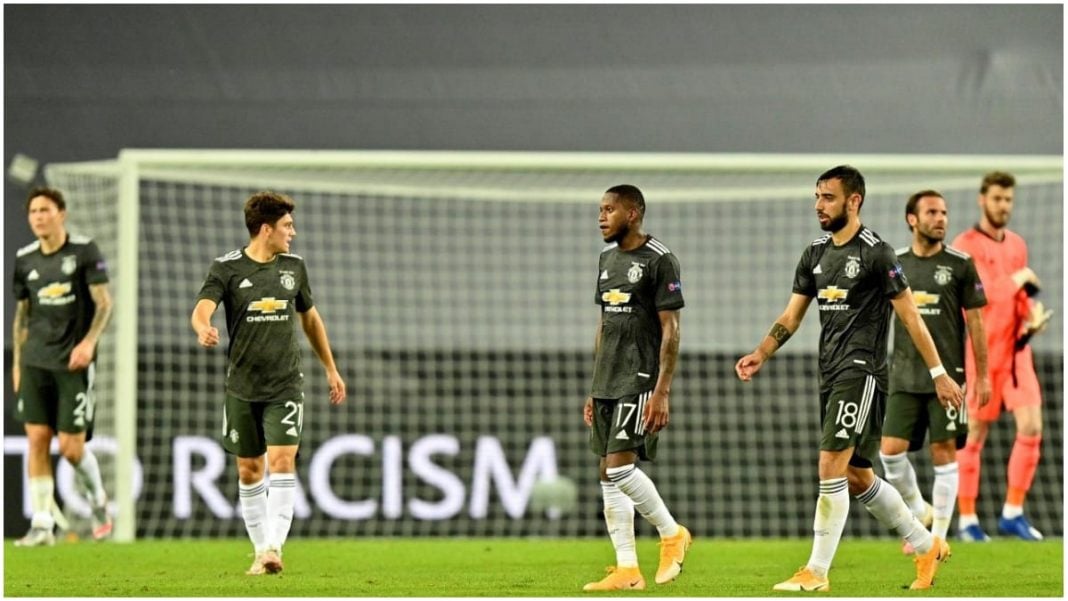 Manchester United bottled an early lead against the Spanish side Sevilla to bow out from the Europa league.

Manchester United fell short in yet another semifinal stage of a major competition as Sevilla ran out 2-1 winners. The Red devils seemed to have cruising from an early spot kick from Bruno Fernandes but quickly retracted through a strike from Suso at the other end. Heroic saves from goalkeeper Yassine Bounou kept United at bay before Luuk De Jong took advantage of some fragile defending to take his side on the verge of winning a record sixth final. Ole Gunner’s men tried their best in converting their chances but nothing helped them on the night.

A number of key factors paved the misery for Manchester United even though they looked the more determined side. From failing to convert their chances to late substitutions done by the manager, Red devils didn’t found the rightful solution.

The main thing that caused their downfall is that they failed to score from open play. The front three caused nice problems inside Sevilla box earning them a early penalty to go in front. But they never came to bite back them with their chances. Even though they got past the defensive pair of Diego Carlos and Kounde, keeper Bono was impenetrable. He kept out Martial on a number of occasion. Aside from his excellence, United never took the right decision to convert their chances. Everyone involved on the attacking front lost their ideas.

Another let down of yesterday’s match up was United defense looking pedestal. Harry Maguire and Victor Lindelof are good in the air but its safe to say not on the ground. The pair’s lack of speed and miscommunication at times allowed Sevilla to get a foothold in the game. For De Jong’s winner everyone in the back-four was at fault. The striker slotted into the space between Maguire and Wan Bissaka to strike past a helpless De Gea. For the first goal too, the former Leicester man was clearing in dismay to figure out anyone outwitting him in the box. All these serve as a big headache for Solksjaer.

The manager himself got everything wrong in fielding fresh legs at the right time. The hectic fixture list is understably taken a big toll on players. It was felt as United seemed to have gave up after going down. Although Martial and Rashford created some chances towards the end, they didn’t find anyone to add that little bit of spark to force extra time. Mata came considerably late to replace Mason Greenwood while Ighalo’s cameo in the dying embers of the game is almost negligable. At last, a frustrated and exhausted Manchester United ended their campaign on back of a disappointment.