When Rafael Nadal was stunned by World No. 102 Dustin Brown in one his worst Wimbledon defeats 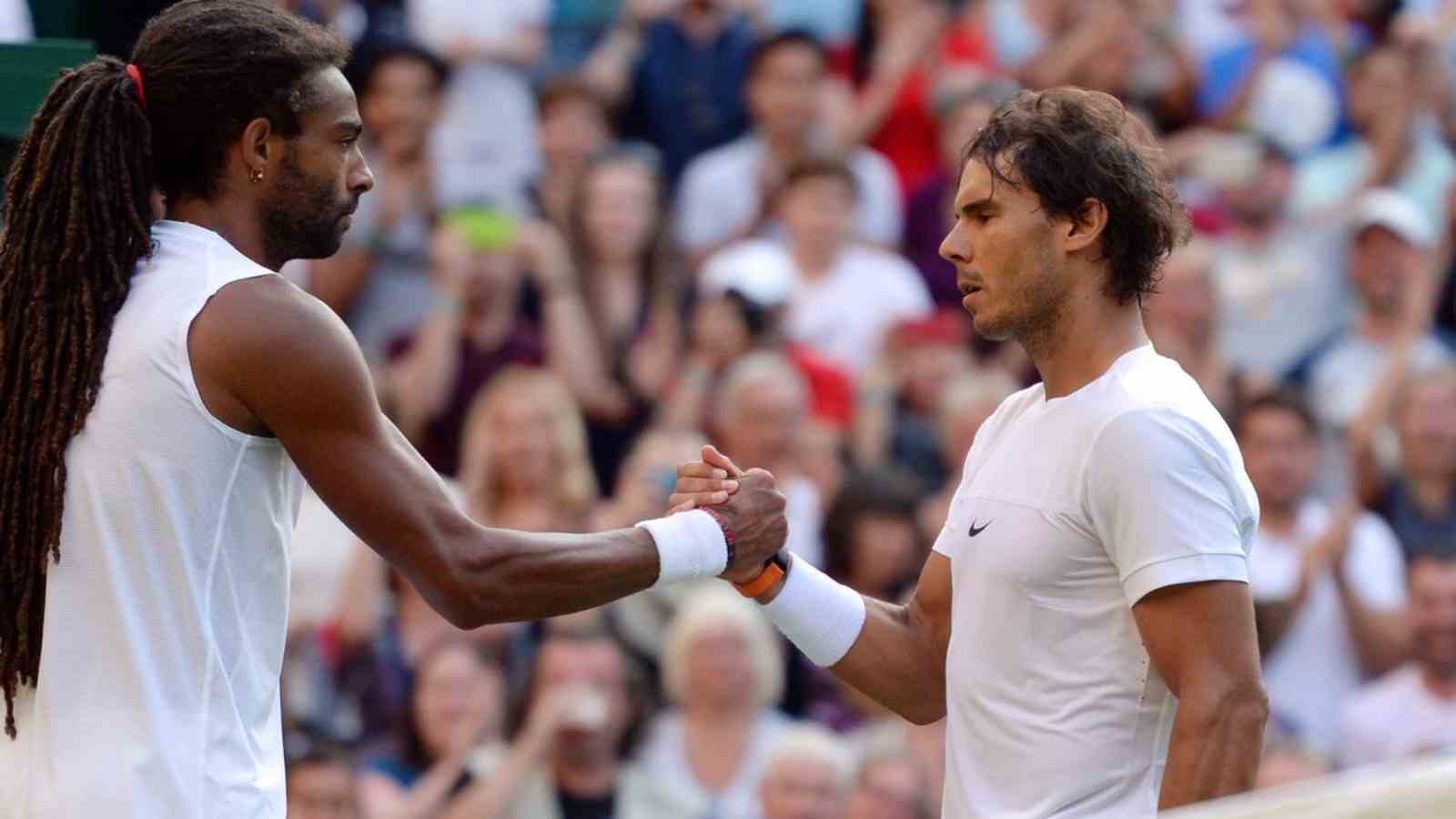 Dustin Brown defeated Rafael Nadal in the fourth round of the Wimbledon 2015 (Image Credit: Wales Online)

Popular personality Rafael Nadal is one of those tennis superstars who always manages to make headlines with his actions, on or off the court. He had a long career with many ups and downs. But he has tasted more successes than failures.

He is a force to reckon with on the court. He has more Grand Slam singles titles against his name than any other male player in the history of the sport. He won 22 Grand Slam titles in his career. In those 22, he won the Wimbledon title twice, i.e., in 2008 and 2010.

The Spaniard had performed amazingly well in SW19. He reached the semi-final of Wimbledon in 2022, however, could not compete in the match due to poor physical fitness. But once it happened that he was knocked out in the second round of The Championships by German-Jamaican player Dustin Brown in 2015.

The King of Clay won the first set, however, lost the next three to lose the match: 7-5, 3-6, 6-4, 6-4. This was the fourth time Nadal lost to a player ranked out of the Top 100 in the ATP rankings in Wimbledon consecutively. Each of the defeats came in before the quarter-final rounds.

Rafael Nadal was lacking in form at this time. He could not win any Grand Slam tournament that year. He also performed poorly in the ATP tournaments. However, he reinvented his game, learned from his mistakes, and came back strongly to win the 2016 Rio de Janeiro Olympics gold medal in men’s doubles with his partner Marc Lopez for his country.

Also Read: BREAKING: Novak Djokovic and Team Serbia to miss out the inaugural edition of the United Cup

Rafael Nadal had a season with both highs and lows. He started the season on a fantastic note. He won the Melbourne Summer Set 1 tournament by defeating Maxime Cressy in the final. He defeated Karen Khachanov, Denis Shapovalov, Matteo Berrettini, and Daniil Medvedev to win the Australian Open and his career’s 21st Grand Slam singles title.

He won the Mexican Open next and reached the final of the Indian Wells Open, but was defeated by Taylor Fritz. The King of Clay came back to Paris to clinch his career’s 22nd Grand Slam title. Rafael Nadal competed in the Wimbledon but had to withdraw from the tournament due to an abdominal injury, giving Nick Kyrgios a walkover to the Final.

He was looking good in the US Open until he lost to Frances Tiafoe in the fourth round. He also participated in the 2022 Laver Cup with Roger Federer as his doubles partner for Team Europe. This was also the Swiss legend’s last professional match before retirement.

Rafael Nadal had to struggle due to poor fitness throughout the year. But he still won two Grand Slams, and many ATP singles titles. As he is looking forward to the 2023 season, he would love to win the Australian Open once again and many other major tournaments.

Also Read: Andrey Rublev expresses gratitude to fans for their never-ending support; vows to remain in touch with them via his official website

Also Read: “This is the post-retirement look”- Roger Federer’s cheeky reply to Kei Nishikori when asked about his Rolex