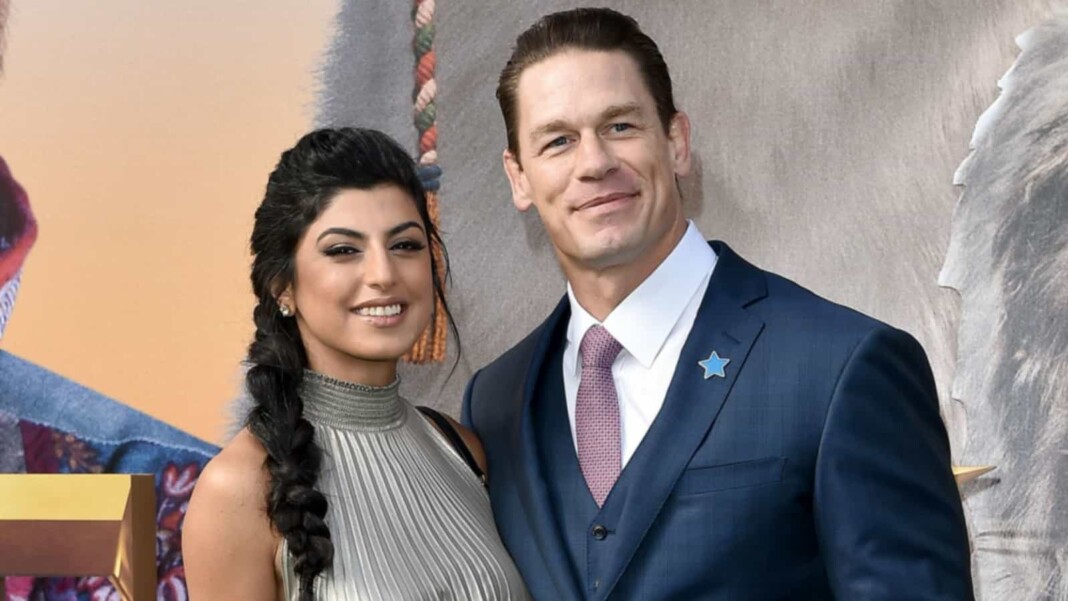 John Cena is one of the most loved and popular starts in WWE. His success in Hollywood not only makes him more popular, but also makes him very busy to return to WWE. He is a former 16-time world champion and is very interested in making it 17.

It is always said that the success of a man has a major contribution of his wife. So let’s see who is the wife of John Cena.

Who is John Cena wife and story behind their meeting

John married Shay Shariatzadeh in a private ceremony in October 2020. His wife is a engineer and works at a software company. The couple didn’t even announce their relationship to the world when the news of their marriage came out.

After his marriage, Cena addressed everyone in an interview regarding him having kids. Here’s what he said:

“I’m a little bit older, a bit wiser. I’m realising there is life and life exists and it’s beautiful — and I think part of that is being a parent, so we’ll see.”

Cena met his life partner during the shooting of his movie Playing with fire. He then started dating her and decided to spend rest of his life with her. His ex-fiancee and WWE Hall of Famer, Nikki Bella also reacted to their wedding and said, “John Cena congratulations on your wedding, I am very very happy for you”