“When Dwayne Johnson’s eating an entire pan of brownies, there’s no stopping that”; Alexandra Daddario reveals what she loves about Dwayne Johnson 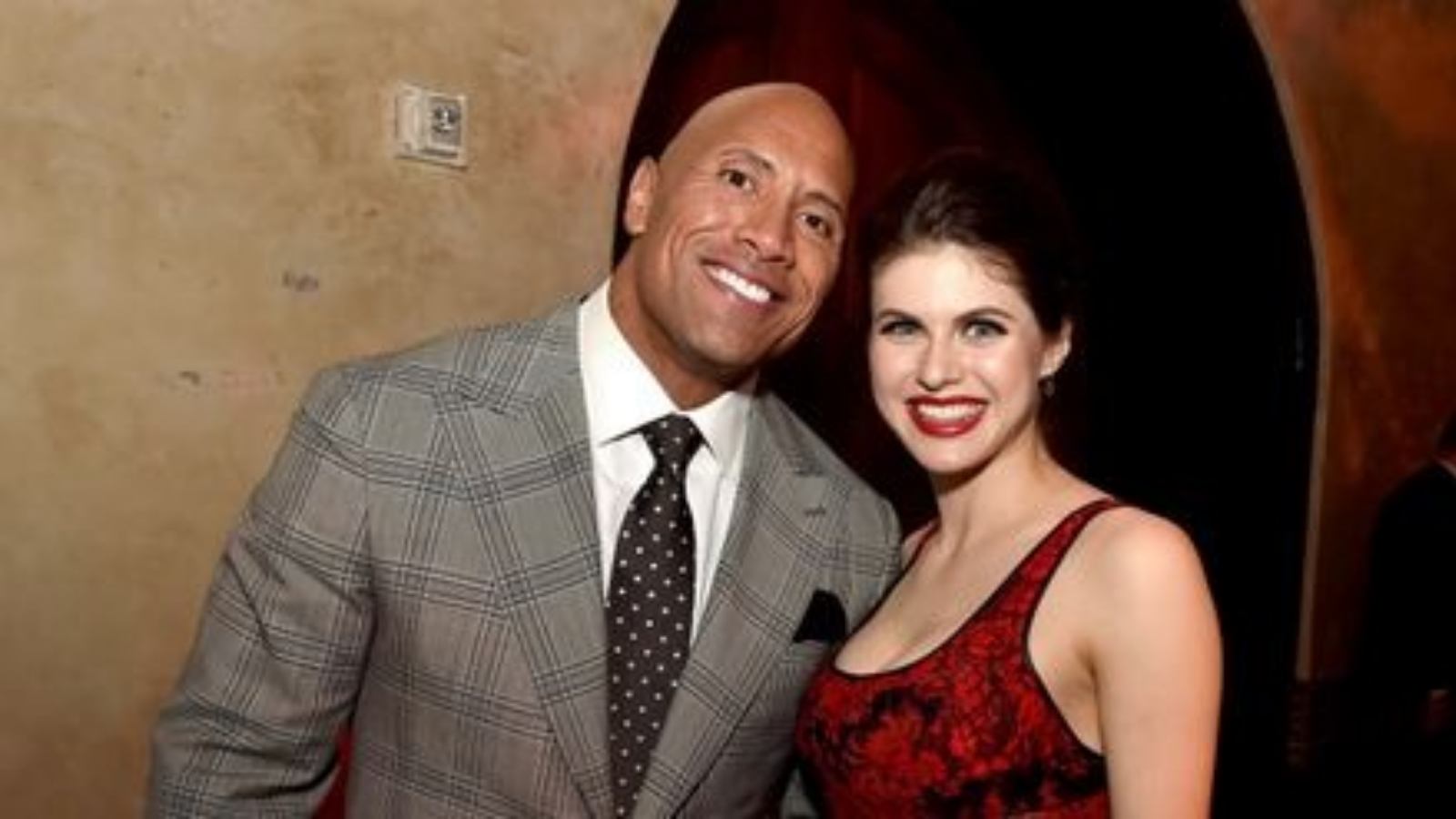 Dwayne Johnson is one of the most popular stars in the world and nobody can deny the fact that the Rock is one of the greatest Hollywood stars till date. The big man has been having one of the biggest times of his life with his movies breaking records and his companies growing with a lot of profits.

Hollywood actress Alexandra Daddario revealed a couple of years ago that she loved working with Hollywood megastar Dwayne Johnson. The actress revealed that she loved Johnson because of his comedy skills and how he loved to poke fun on himself. Here’s what he said:

“He’s super inspiring and he’s exactly the same guy he portrays himself to be in the media. I love how genuine he is and how willing he is to poke fun at himself. Favorite days with him are his his cheat days—being a believer in cheat days myself—but no one can stop him. When he’s eating an entire pan of brownies, there’s no stopping that.” – Mensjournal.com

Alexandra Daddario has been seen with Dwayne Johnson in numerous movies

ALSO READ: “I don’t think Dwayne Johnson understands the impact he’s had on the entire industry”; John Cena reveals what impact Dwayne Johnson has made in Hollywood