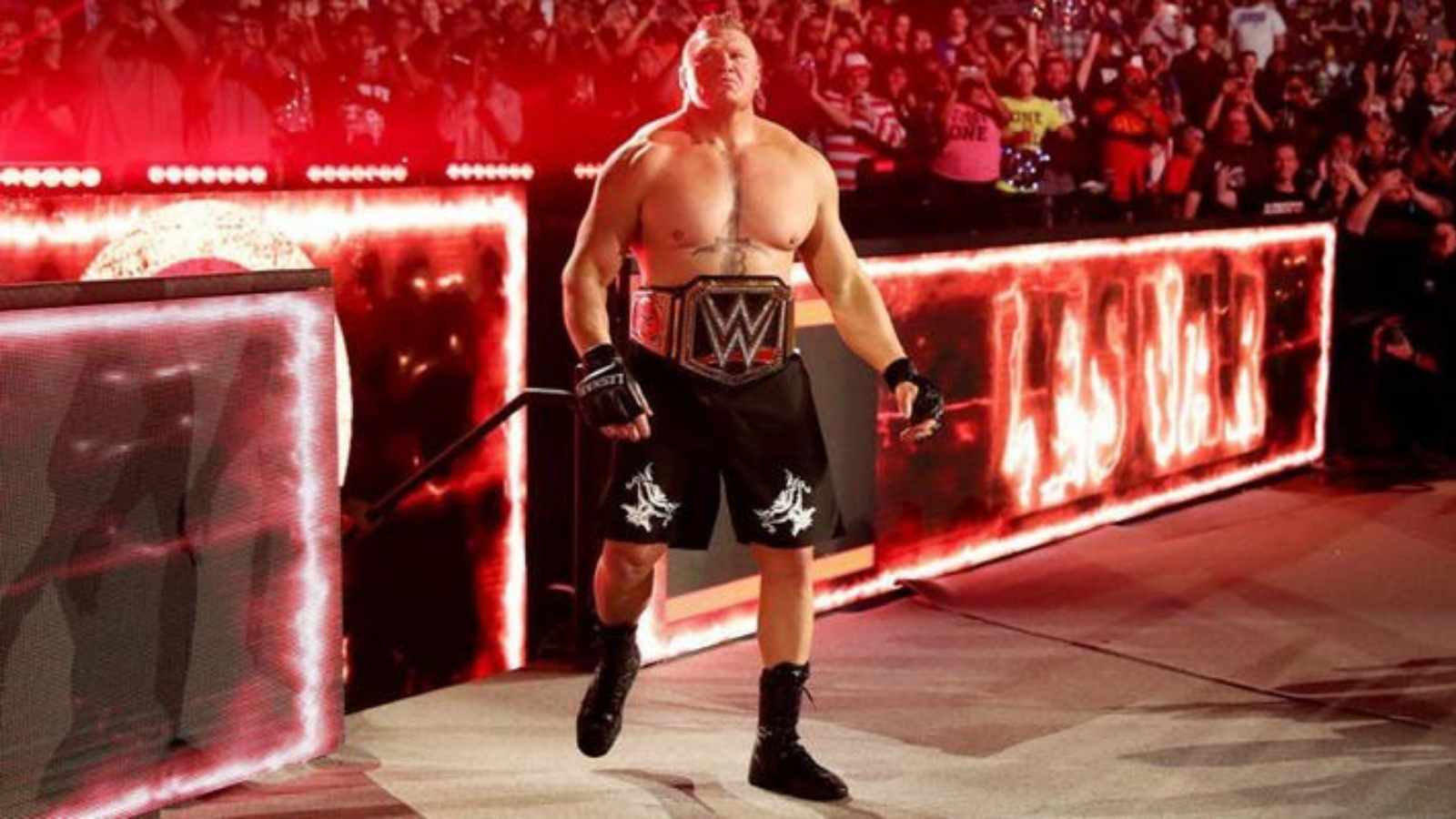 Brock Lesnar is one of the most dynamic superstars in WWE history. The Beast Incarnate has not only accomplished a lot in his career but has also put the careers of younger superstars over him. This is the reason why the WWE Universe loves him with so much intensity and pack the arenas to watch him live.

Crown Jewel has seen one of the best matches of WWE and the storylines produced are always intriguing. The pay-per-view always takes place in Saudi Arabia where WWE has a very different fanbase. Brock Lesnar has appeared at the pay-per-view every time it has been hosted and has a tremendous record at the event.

In 2004, Lesnar battled Hardcore Holly in a singles match for the WWE Championship which he successfully retained. In 2015, Lesnar returned to the Royal Rumble pay-per-view and defeated the Architect Seth Rollins to successfully retain his WWE Championship. In 2017, Lesnar participated in the Men’s Royal Rumble match. The Beast entered the match at No. 26 but was eliminated by his long time rival, WWE Hall of Famer Goldberg, which crushed Lesnar’s dreams.

Brock Lesnar Royal Rumble record continued in 2018, when Lesnar battled Kane and Braun Strowman in a triple threat match for the WWE Universal Championship. The match saw Lesnar retain his championship successfully bringing him his fifth win at the pay-per-view. In 2019, Lesnar was challenged by the Prince Finn Balor for the Universal Championship which the Beast again retained. In 2020, Lesnar entered the Men’s Royal Rumble match at No. 1 and created carnage by eliminating 13 men straight before being eliminated by the ultimate winner Drew McIntyre.