The main event of WrestleMania 38 will feature Roman Reigns vs. Brock Lesnar, and the promotion has already stated that it will be a Winner Takes All fight. However, another major stipulation has been announced on today’s Friday Night Smackdown.

Brock Lesnar vs Roman Reigns will be a title Unification match

It’s been confirmed that tonight’s SmackDown contract signing will also be a “Championship Unification” match. As a result, the winner will become the first-ever WWE and Universal Champion. WWE has posted the following information about the match on its official website:

“After Brock Lesnar emerged victorious inside the Elimination Chamber with a dominant display to claim the WWE Title, the 2022 Royal Rumble winner will now turn his attention to The Grandest Stage of them All and the history-making Universal Champion Roman Reigns.” The company then went on to promote the historic contract signing that will take place on SmackDown tonight:

This also indicates that the men’s division will only have one world champion in the future. It may also mean the closure of the brand split, or at the very least compel Roman Reigns and Brock Lesnar to show up on both brands more frequently. The match’s stipulation appears to be changing on a frequent basis, but it has been assured that it will take place on WrestleMania Sunday, making it the main event of the second night. Ronda Rousey and Charlotte Flair are expected to finish out Night One.

Following his Royal Rumble victory, which transpired after The Tribal Chief robbed him of the WWE Championship, Brock Lesnar challenged Reigns for the Universal Championship.
Since then, Lesnar has reclaimed his title, rendering the encounter a Champion vs. Champion, Winner Takes All bout. Since Elimination Chamber, the Championship Unification stipulation has been rumoured, but now that it’s officially confirmed, this stipulation may potentially result at the end of WWE’s successful brand split. 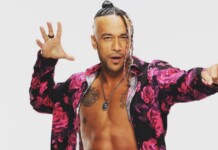