“Inspire the next generation,” Bayley sends a message to young NXT star on her birthday

Bayley is known for the controversial comments and messages she sends to her fellow stars. Young NXT star has now received a message from the Role Model on her birthday. 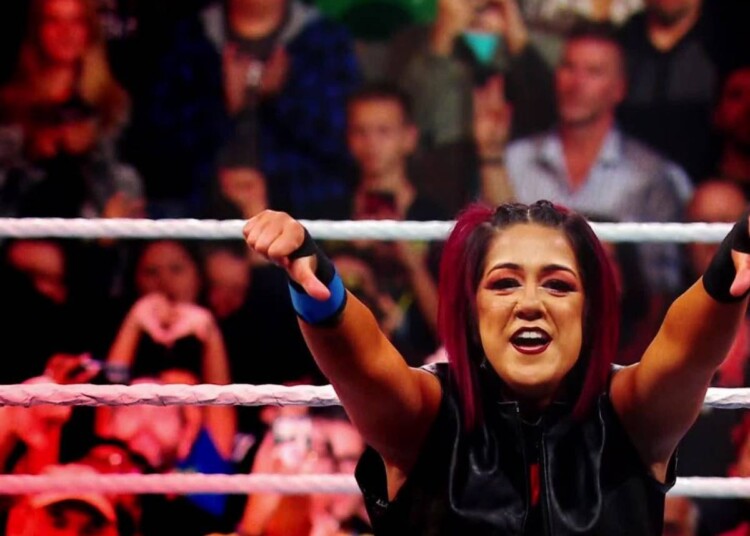 Bayley has dominated the women’s wrestling division with her in-ring abilities and talent. However, the generational talent has now lived her dream run. NXT superstar Cora Jade is also on a dream run on the developmental brand. Being one of the youngest stars in the wrestling industry, her abilities are far beyond others.

Jade has driven the WWE Universe crazy with her matches and promos, attracting millions towards her. Being a fan favorite, Jade’s young career has earned a lot of fame in the pro-wrestling industry. Cora Jade celebrated her birthday recently. Among various superstars wishing her, former Women’s Champion Bayley also sent her wishes.

On Jade’s birthday, Bayley assigned a role to the young star. The former Women’s Champion said that it was Jade’s turn to inspire the new generation, now that the Role Model has inspired millions with her in-ring skills. Cora Jade’s passion and abilities can inspire millions of fans and the new superstars who plan to make their career in WWE.

Bayley’s return at SummerSlam 2022 has been brutal for numerous women in WWE. The leader of Damage CTRL, along with the Women’s tag team Champions, has been a threat to everyone on Monday Night Raw and their aggression has injured a few women as well.

Becky Lynch has a problem with the trio and the Man isn’t scared of fighting them all alone. This led to a 2 on 1 handicap match on Raw a couple of weeks ago where Lynch faced the Women’s Tag Team Champions. However, Bayley’s interference made it hard for the Man to defeat the Champions.

This led to Michin making her way out and helping Lynch even the odds. However, the picture changed this week on Raw. Michin was assaulted by the trio backstage and was looking for some backup. But Becky Lynch didn’t come out to help the young star. This was because the Man was busy shooting for the new episode of Young Rock.