“It’s going to be interesting for sure,” Hardcore legend comments on the future of WWE following Vince McMahon’s return

Mick Foley is the former general manager of Raw as well as one of the greatest of all time in the ring. He expressed his views on Vince McMahon's shocking return. 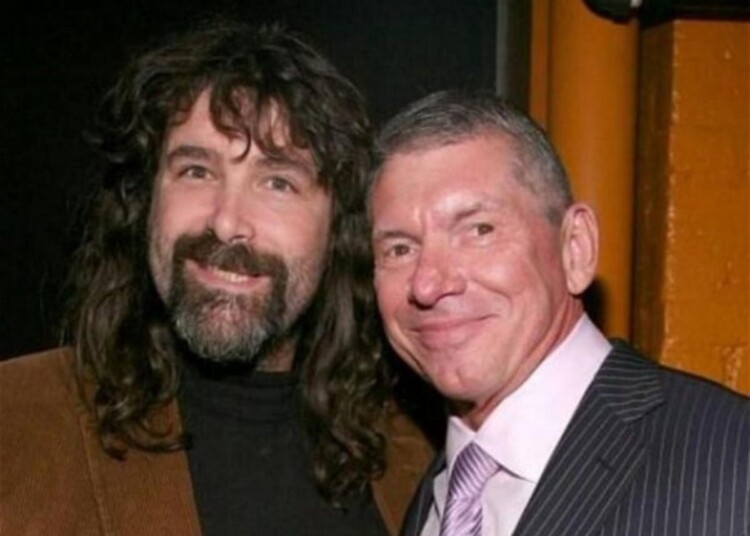 After six months of retirement, Mr. McMahon made a shocking return as the Executive Chairman of the company. There has been a mixed reaction to his return. Vince McMahon resigned from the position of Chairman of WWE after he was accused of sexual misconduct on July 22, 2022. The Hardcore Legend, Mick Foley, and Vince McMahon share a good relationship.

Mick Foley made a comment about Vince McMahon on his recent episode of Foley Is Pod. He has worked with Vince for a long time as the General Manager of Raw as well as an in-ring performer. Mick Foley is one of the names on the list of the greatest of all time. He was one of the best in the Attitude Era of the industry. The match between the Undertaker and Mick Foley at Hell in a Cell set high standards for the next Hell in a Cell matches. Foley is remembered for his iconic fall from the top of the cell. He was eventually inducted into the Hall of Fame in 2013.

Because of Vince McMahon’s love and passion for the company, Foley said that it is impossible to think about WWE without having Vince McMahon as its chairman. He also mentioned how much better things were under Triple H’s leadership as Head of Creative. He thinks Vince will also do the best for the company, and Foley wants Mr. McMahon to be happy. Foley admitted that Vince McMahon has a tendency to make things a little bit interesting, as seen in the past too.

“I don’t know. He’s Vince. It’s in his nature to shake things up, right?…. But I believe that’s how Vince feels he works best, under pressure.. he would shake things up after the Rumble, before Mania, or wait untitled afterwards, but it’s going to be interesting for sure.”

Read More: “Supported me since day one,” Zelina Vega heaps praise on Paul Heyman and calls him an inspiration

Vince McMahon is back on the Board of Directors after his short retirement. Right after his return, he made his presence felt in most of the parts. The WWE Universe is worried about what this return will bring for the future of this company.

Before Mr. McMahon’s return, during his short period of retirement, many changes occurred on the Board of Directors. Triple H took control of the Head of Creative, Stephanie McMahon, and Nick Khan became the joint CEO of the company. In the current scenario, after the resignation of Stephanie McMahon, Nick Khan, the sole CEO, has commented on Vince’s return.

He said that he was confident enough about the return of Vince McMahon. He also added that Vince took a break for a few months just to calm the audience and get used to other people controlling the industry. As the heat was over, Vince returned as the shareholder of the company and took charge as the Executive Chairman. As of now, it is unknown whether Mr. McMahon will appear in any on-screen program. Fans must wait for the next move by Vince McMahon.