“It is like I first got hooked on wrestling,” Matt Hardy picks a WWE star as the wrestler of the year

by FS Desk
in Sports News 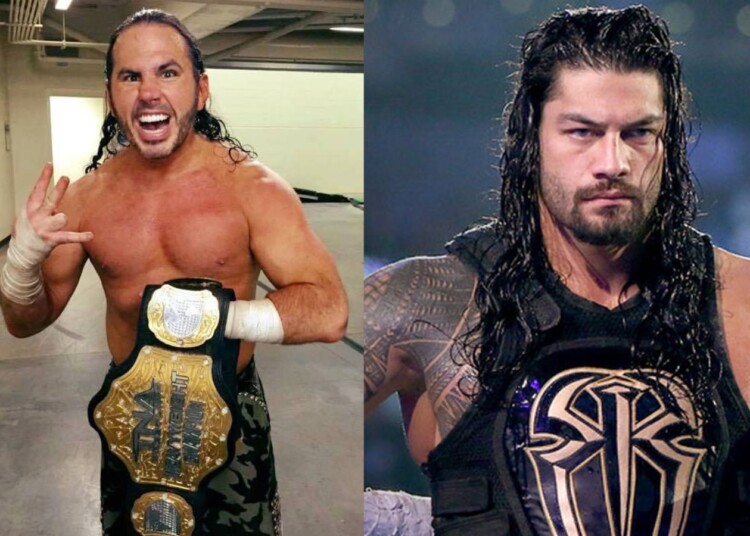 WWE Superstars have had stellar 2022 campaigns regarding ranked matches and promos, Matt Hardy chooses the master of the 'Superman punch.'

Matt Hardy is a legendary wrestler best known for his work with Jeff Hardy in the tag team division.The Hardy Brothers dominated the WWE in the early 2000s by showing great athletic jumps and crazy dances before finishing their opponents. The brothers have won 14 world tag team titles in Raw and SmackDown. Matt Hardy has been among the most talented wrestler in the last four decades. The 48-year-old wrestler, on the other hand, has been making elderly statements for the upcoming wrestlers.

After making a crazy comeback in WWE in 2018, Matt Hardy considers Roman Reigns to be the year’s best wrestler. Even though several WWE Superstars have had stellar 2022 campaigns regarding ranked matches and promos, AEW’s Matt chooses the master of the ‘Superman punch.’

“I know he hasn’t wrestled a lot, but his work has been superior.”

Matt Hardy claims that even though Roman Reigns did not participate in many matches in 2022. The leader of the Bloodline has made a huge impact on the industry by showcasing his leadership qualities. Matt claims he made a tag team partner a main event act that has been very beneficial for the WWE industry. The 48-year-old believes that Roman Reigns is the franchise player. Furthermore, appreciate his tremendous work.

According to the report. Roman Reigns only appeared in 10 televised matches in 2022. However, Matt Hardy claims in “Extreme Life Of Matt Hardy.” that it is a pleasure to watch Roman in the ring whenever and wherever.

“It is like I first got hooked on wrestling, and Hulk Hogan, his wrestling appearances were so limited on TV anyway,” he said.

He claims that Roman is as big of an icon as Hulk Hogan as the player brings up so many memories, like when he idolized Hogan while growing up and talks about the struggles of watching wrestling with limited TV sources for him.

Reigns has been one of the most critical people in WWE for a long time. He is the undisputed WWE Universal Champion. People are now debating who will take his titles, because whoever defeats him will receive a significant boost. Sami Zayn or The Rock have been mentioned as possible opponents for Reigns, but Hardy thinks it will be Cody Rhodes, who previously taunted about a return to the ring.

Related: “It would’ve killed the whole finish,” Sami Zayn reflects on the most sensitive spot of his WrestleMania 38 match

Matt Hardy on his WWE career

Related: “Makes me laugh,” Alexa Bliss comes up with a severe response to her online trolls

Considering Matt Hardy being of the best of the best WWE star of all time. The 30 plus year long career is still incomplete, according to the star. The decorated wrestler claims that it was his dream to be the WWE Intercontinental Champion, but could never get the opportunity because of what WWE had planned for him. However, Matt Hardy holds the United States Title, the ECW Title, the European Title, as well as the Hardcore Title and 14 tag team championships.

The player claims that he loves the history of the WWE Intercontinental Championship. However, the player already agreed with the opposite brand when Matt’s career had hope of entering the Intercontinental program. On the other hand, his brother, Jeff Hardy, has been an Intercontinental champion four times in his WWE career.

Related: Roman Reigns is confident of defeating John Cena and Kevin Owens on this week’s SmackDown