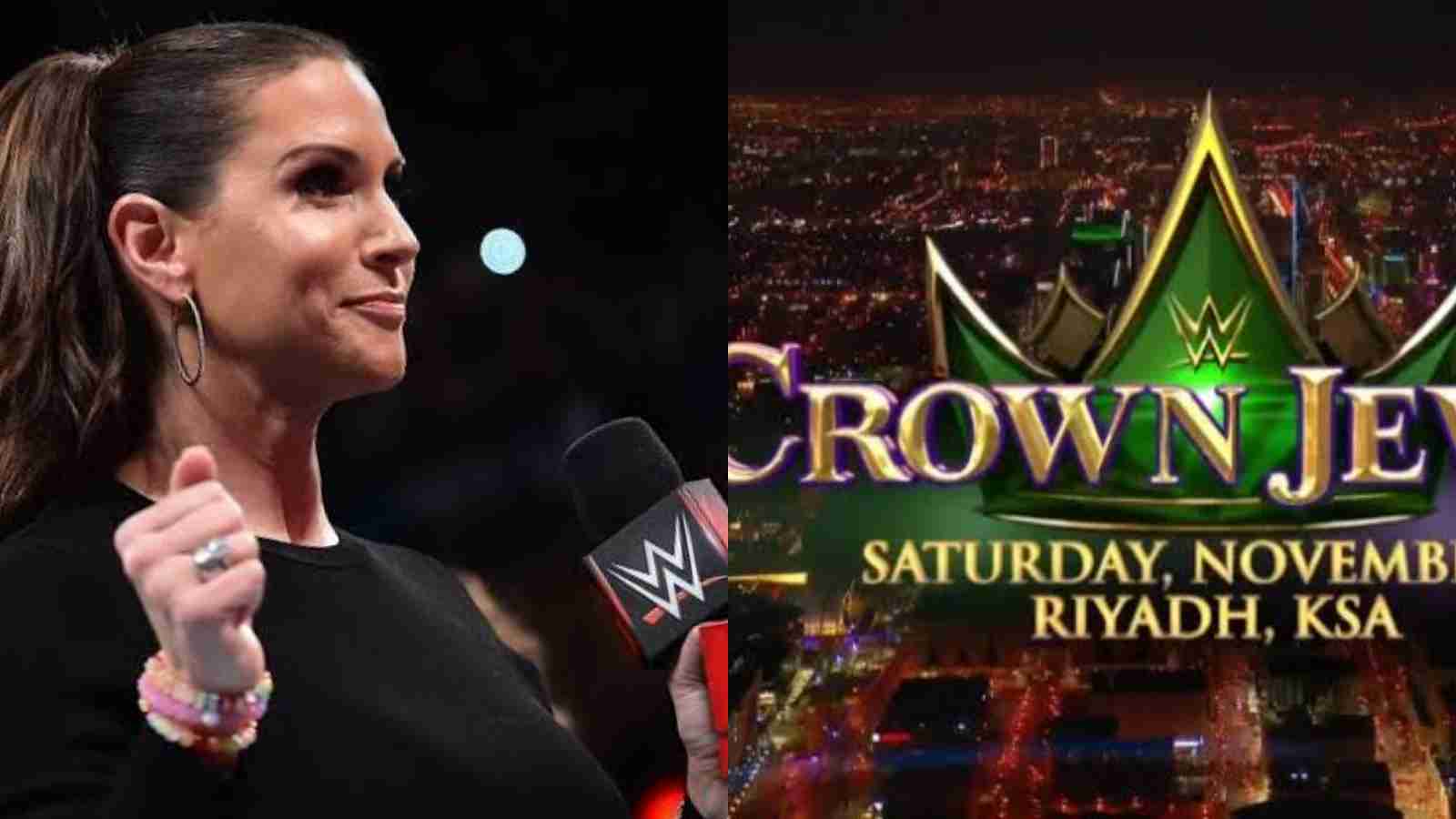 Stephanie McMahon is handling the WWE company along with Nick Khan after Vince McMahon took his leave from the ring. Stephanie had started working with the management while Vince was still in the position of the CEO and this enabled her to learn the insides of the management.

Despite the fact that Triple H is managing the creative affairs of the company, it is Stephanie McMahon who officiates any proceedings held in the name of the company. With the mutual efforts of the above-mentioned personalities, the company has scaled a lot in the past few months and is expected to do more in the years to come.

WWE Crown Jewel is just a few hours ago to go live. With multiple action-packed matches on the card, the Premium Live Event is sure to be a massive success. With less than 24 hours to go, Stephanie McMahon revealed the first-ever look of the event’s stage.

Stephanie McMahon took to Twitter to post the gleaming beauty covered in shades of violet and green. The ring stands in the middle with the complete attention of the audience attached. Surrounding the ring are the four pillars signifying the happening of ‘Crown Jewel’ in the prettiest possible manner.

The 2022 season of the Crown Jewel has some mind-boggling matches on the card which are sure to make the event a huge success. The most hyped of these is the title shot of Logan Paul against the WWE Undisputed Universal Champion Roman Reigns. The two superstars will be backed by their brothers- Jake Paul and the Bloodline respectively.

Other matches that are sure to gain massive chants from the audience include Brock Lesnar vs Bobby Lashley, Brown Strowman vs Omos and Drew McIntyre vs Karrion Kross. All the above matches have great names on the card and will catch a great audience. The RAW Women’s championship might perhaps find a new waist to be worn as Bayley is determined to face the current champion, Bianca Belair.

The tag team division may also see a title change since both the men’s and women’s tag team championships are at stake. The Usos will face the Brawling Brutes and Asuka and Alexa Bliss will face the Damage CTRL. The OC will also face Judgement Day and the match will invite tremendous action and chaos.