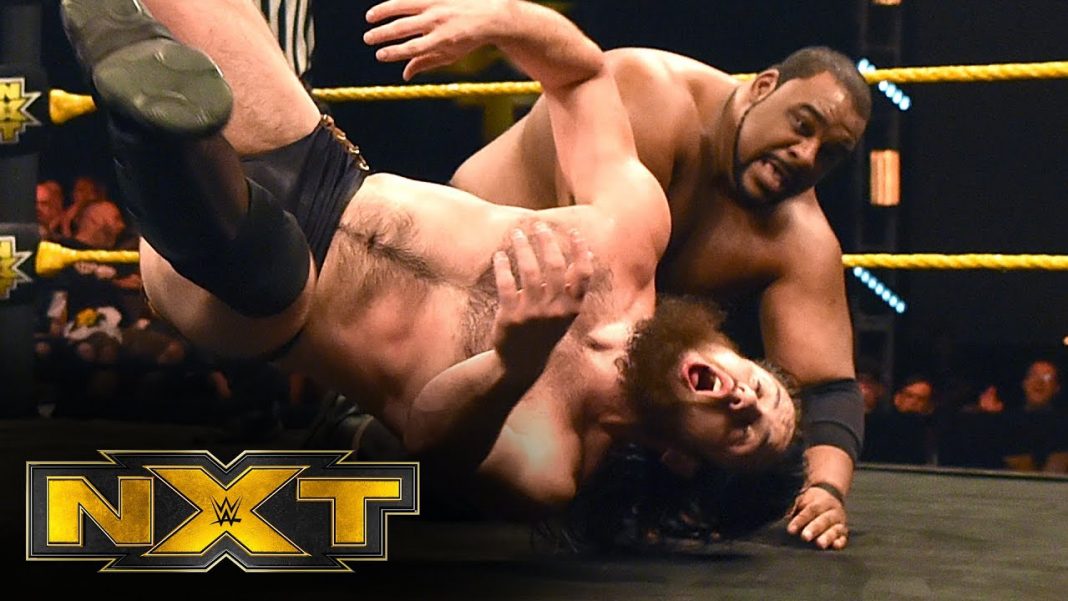 A lot went over at this week’s segment of NXT with Pat McAfee and Adam Cole’s latest encounter turned physical, with the former All-Pro NFL punter blasting Cole with a massive punt.

Dakota Kai def. Rhea Ripley to become the No. 1 Contender to the NXT Women’s Title:

Rhea Ripley pummeled Dakota Kai for much of the bout, though The Captain of Team Kick displayed impressive resilience.

However, it was the presence of Mercedes Martinez — who blasted Ripley with a drive-by kick when the referee was checking on Kai — who decided the match in a big way.

The Aus-Zilla took care of business against Shane Thorne, putting him away with a massive top-rope splash.

Damian Priest is one step closer to infamy. He prevailed in the latest in the North American Championship Triple Threat Match Series, this one a high-octane encounter with the hard-hitting Oney Lorcan and the debuting Ridge Holland.

Though Lorcan brought his trademark intensity and Holland impressed mightily, Priest claimed victory after flattening Lorcan with The Reckoning.

Cameron Grimes picked an especially inopportune time to mess with Keith Lee. The NXT Champion seemed to channel his rage for Karrion Kross into this bout against The Technical Savage with a steely focus.

Grimes dug deep into his bag of tricks in one of his most impressive showings since joining the black-and-gold brand, but Lee was too much, dropping Grimes with a Spirit Bomb for the win.

Kross appeared on the video screen afterward, having decimated Danny Burch and several other Superstars backstage, demanding Lee give him an NXT Title opportunity.

If Tegan Nox was discouraged by not knocking off Io Shirai last month in her bid for the NXT Women’s Title, it didn’t show. Nox took down Indi Hartwell, pinning her after hitting The Shiniest Wizard.

The tension between Adam Cole and Pat McAfee took center stage, and it cost The Undisputed ERA dearly.

Cole left Bobby Fish & Kyle O’Reilly’s corner to ultimately confront McAfee, who had been disparaging Cole within earshot on commentary throughout the bout.

The situation was enough to distract O’Reilly’s attention away from the ring, allowing Imperium to drop Fish with the European Bomb to retain their titles.

But the action was far from over. Despite several officials, including Triple H and NXT coach Shawn Michaels, trying to split them up, McAfee, a former All-Pro NFL punter, caught an unsuspecting Cole with a brutal punt kick, leaving him out cold.