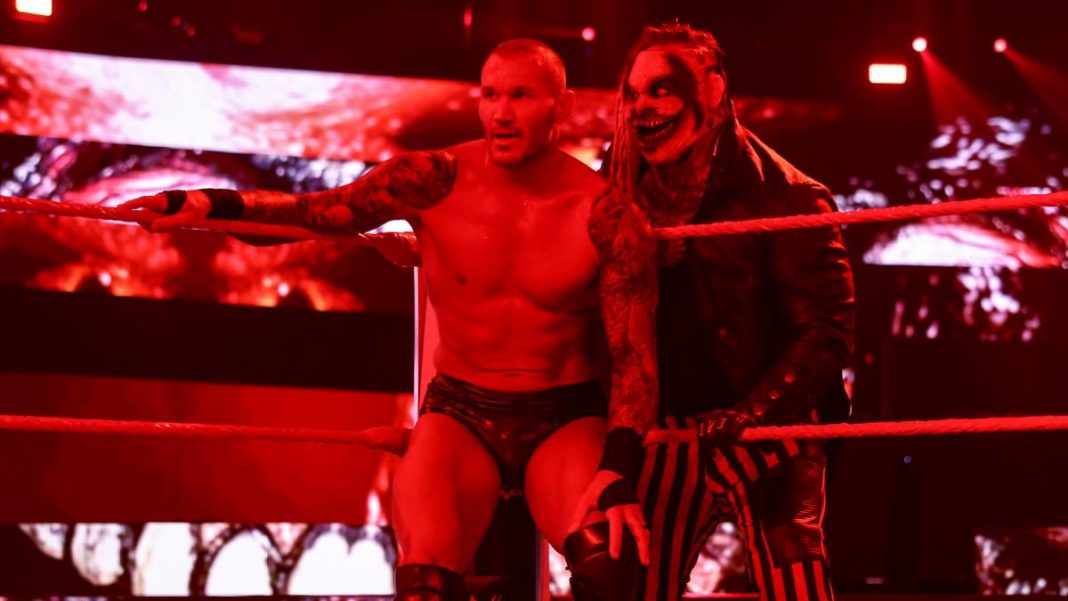 The show kicks off with highlights from last week’s Raw. Drew McIntyre defeated Randy Orton to win the WWE Championship. Team Raw is in the ring with Adam Pearce.

Aj Styles, Braun Strowman, Sheamus, Riddle and Keith Lee are in the ring. Last night they had a clean sweep over Team Smackdown on Survivor Series. They won 5-0 in the Men’s Elimination Tag match. Interestingly, each of these 5 wrestlers scored an elimination. WWE official mentions that Team Raw’s dominance in the match deserves some reward. So he wants them to make their case for a Championship opportunity.

Sheamus starts but is interrupted by Riddle. Strowman grabs Adam Pearce and shoves him down.

Earlier tonight, MVP says to the New Day that they disrespected their titles. They lost to The Street Profits at Survivor Series and it is shameful. Cedric Alexander demands a title opportunity and Xavier Woods accepts.

In the initial part of the match, both the teams were going strong. But as Alexander ripped Kingston to the floor, Benjamin attacked Kingston. Benjamin and Kingston were the legal men. The referee counts them both out. There is confusion everywhere. The ring announcer said that it was a double count-out. But then says The Hurt Business have won. MVP demands a restart of the match

The match restarts. This part of the match was filled with botches and really sloppy stacks. Some of the best performers on this roster are having an off day. Benjamin hits an Olympic Slam onto Woods and goes for the win, but Kingston breaks it. Woods then counters a Powerbomb into a codered for the win. The New Day retain their titles.

This is the first of the three qualifying matches tonight. Riddle and Sheamus had a really intense and impressive match last week. They had a reputation to live up to and they most certainly did. This match was undoubtedly the match of the night. It was long, but the action was engaging throughout.

Riddle countered a victory roll followed by a counter for the Irish Cloverleaf to pick up the win. Both the wrestlers looked really strong in this intense fight. Riddle qualifies for the triple threat match next week to earn a shot at the title.

Bray Wyatt and Alexa Bliss welcome us. Wyatt says they will be talking about something evil, friendship. Friendship is bad. The Friendship Frog appears. Wyatt asks Bliss to explain what she will do to Nikki Cross tonight. Bliss kills the Friendship Frog. Photoshopped pictures of the frog are shown. Wyatt says it’s a shame that he croaked. They laugh and wave goodbye.

Sarah Schreiber congratulates Lana on being the sole survivor in the Women’s elimination Tag match. She asks if now Lana wants to go after the title, Lana hesitates.

Raw Women’s Champion Asuka comes up to Lana and officially announces the Championship match tonight. Lana explains that she doesn’t want that. But Asuka insists and says Lana might walk away with the Championship.

As the match begins, Women’s Tag team Champions Nia Jax and Shayna Baszler walk out and join the commentary team. Lana starts by trying to get a roll-up. Jax and Baszler attack Asuka. The referee calls for the bell. They try to put Asuka through the table, but Lana saves her.

As Lana and Asuka save themselves and leave the ring, Nia Jax challenges them to a match. The match begins and Lana is trying to attack both, Baszler and Jax as much as she can. Jax grabs Lana and clears the commentary table. But Lana gets down and Jax goes over the table. Baszler gets Lana back in the ring and applies a Kirifuda Clutch. But Asuka comes in and rolls up Baszler for the win.

This is the second qualifies match of the night. The winner of this match qualifies for a triple-threat match next week. MVP is accompanying Lashley by the ringside. He is trying to distract Lee to give Lashley an advantage. This is also the first time that these two wrestlers are going against each other.

Unlike the first qualifier match, this match was really sloppy. Lashley lifted Lee up on his shoulders and almost dropped. This was just one of the many sloppy moves in this match. Lee managed to get out of a Hurt Lock. Lashley jumped on Lee’s back and Lee jumped backwards to land on him. MVP interferes to save Lashley and Lee picks up the win via disqualification.

Before the match, Nikki Cross mentions that tonight she will beat The Fiend out of Bliss. As the match begins, Bliss playfully slaps Cross’ hand and mentions that she wins. Bliss runs around the ring, while Cross tries to catch her. Cross clotheslines her, but Bliss is laughing. Cross starts viciously attacking Bliss.

As the match begins, the two wrestlers start exchanging some classic wrestling moves. Suddenly, The Fiend’s lights come on and he appears. Orton tries to attack him but he disappears. Orton hits a DDT and is ready to hit an RKO, but the lights go out again.

The Fiend is behind Orton and lights go out again. Orton is searching for The Fiend as the lights come back on. Styles hits a Phenomenal Forearm for the win. Styles will be facing Lee and Riddle in a triple threat match next, to earn a match against WWE Champion Drew McIntyre.