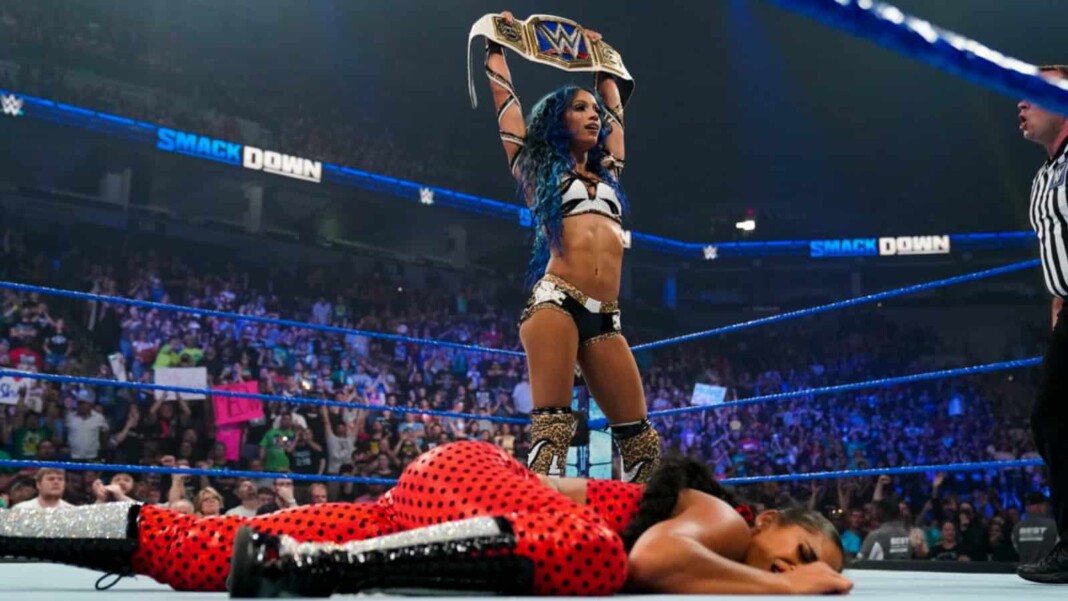 Former WWE Smackdown Women’s Champion, Sasha Banks was last seen at WrestleMania 37 where she was defending her Smackdown Women’s championship against Bianca Belair. Banks lost the match but earned a lot of respect from the WWE Universe. The match was one of the best matches in Women’s history and recently won the ESPY award for the best moment of the year.

After a three-month break, Banks returned at the 30th July 2021 taping of WWE SmackDown to help her former rival Bianca Belair from an assault from Carmella and Zelina Vega. The main event of the show saw Bianca Belair and Sasha Banks team up against Zelina Vega and Carmella where the Boss made Carmella submit to win the match.

Though she teamed up with the EST of WWE, after the match, Banks attacked Belair and applied her submission, Bank Statement on her. The show ended with Banks holding the Smackdown Women’s Championship above her head clearly challenging Belair for a rematch at Summerslam.

Sasha Banks is one of the most popular superstars in WWE

Sasha Banks has accomplished a lot in her career till now. The Boss is one of the most popular and talented superstars in WWE currently. Banks is also a part of the Four Horsewomen of WWE along with Becky Lynch, Bayley, and Charlotte Flair.

Banks has worked both as a singles superstar and tag team with her long-time friend Bayley. Her accomplices have made many legends praise her which has also made her one of the best women in all of WWE.

The respect she has gained in the minds of veterans and youngsters have made her a dream opponent for everyone.