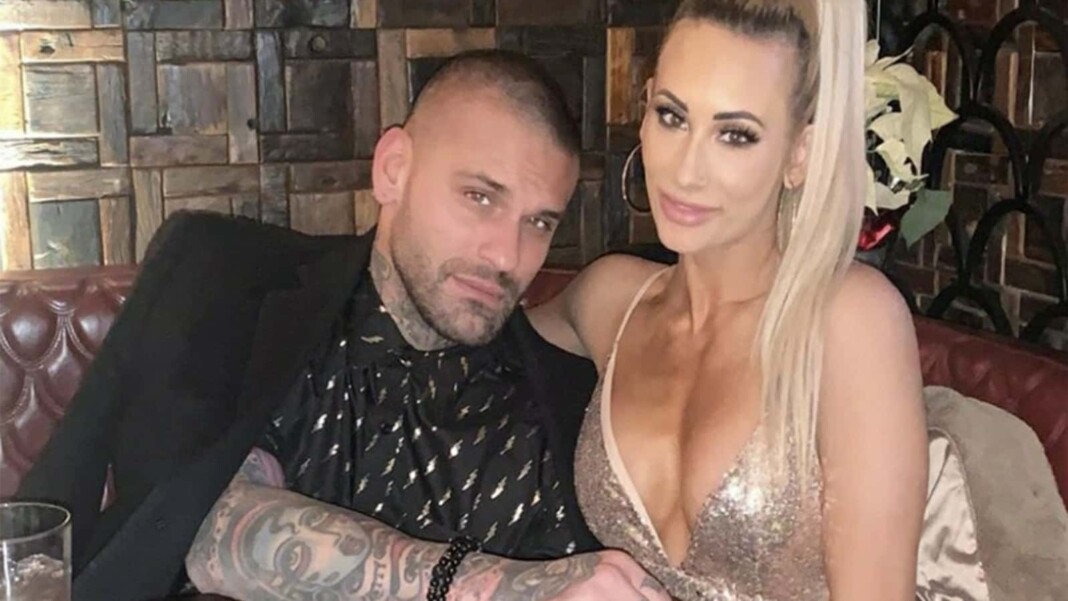 Carmella is a well-known WWE Diva whose real name is Leah Van Dale. She, who is a former Laker girl who found her first success as the third wheel of a boys’ club with two of NXT’s most popular stars, is currently signed under WWE Smackdown. Her journey of success began when she was chosen as the very last pick of the 2016 WWE Draft to complete SmackDown LIVE’s Women’s division.

Her incredible achievements in the company include winning the first-ever Women’s Money in the Bank Match (and the second) and also defeating The Queen, Charlotte Flair to win the SmackDown Women’s Championship. She further went on to win the second-ever WrestleMania Women’s Battle Royal.

Who is Carmella’s husband and where did she meet him?

Carmella is married to former NXT Superstar and current commentator Corey Graves. The relationship between Corey Graves and Carmella started in early 2019 as per reports. WWE had never plotted to reveal their relationship on-screen but before Carmella’s return with a new gimmick in late 2020, Paul Heyman once addressed Graves as Diva’s boyfriend during a furious promo.

Things got nasty when Graves’ ex-wife accused Carmella of being the reason for the couple’s divorce. After that Carmella had thrown light onto the allegations and said:

“Honestly, it was super difficult. I’ve been in the public eye, but I’ve never been to a point where, you know, stories or allegations were coming out.”

“I was getting death threats, I was just getting all these awful things said about me,” she stated. “My grandmother’s calling me, ‘What is this? You’re on the New York Post about wrecking a home!’ And I’m like, ‘No!’”

Also Read: Who is Alexa Bliss’ boyfriend and how did she meet him?