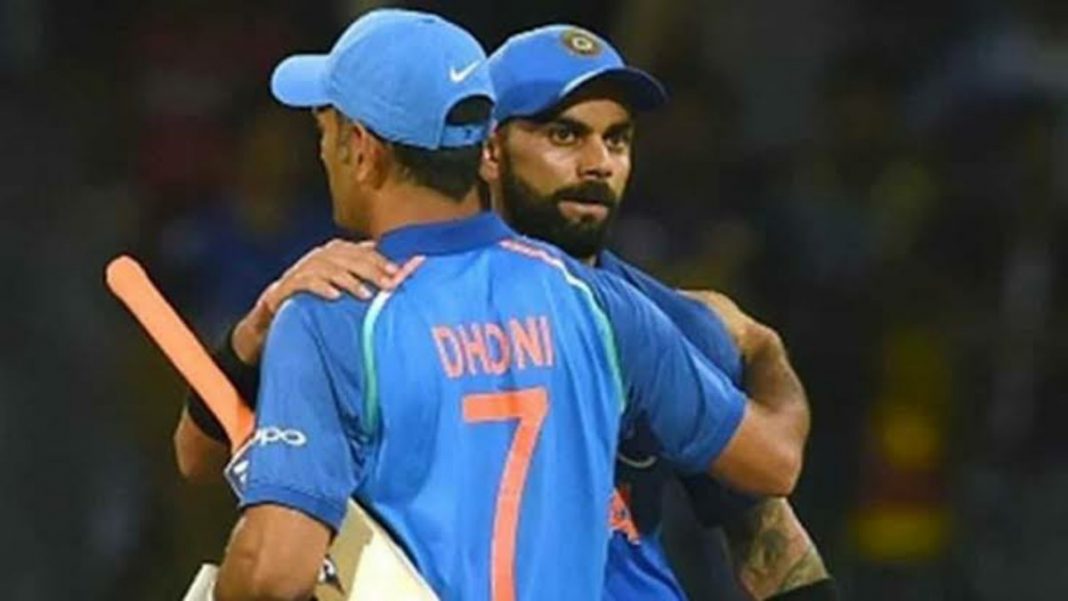 There was a shock in store for cricket fans around the world yesterday. Former India captain and wicketkeeper Mahendra Singh Dhoni announced a sudden retirement from limited overs cricket. He already had quit the longest format of the game in 2014 and now he will not be a part of white ball cricket too, though he will continue to lead Chennai Super Kings in the Indian Premier League.

Current India captain and batting mainstay Virat Kohli has always shared a special bond with his senior Dhoni. During matches he always look for taking suggestions from the ‘captain cool’. Now after announcing the retirement, Virat Kohli has shared a very heart-warming message for his former skipper on BCCI’s official Twitter handle.

We have shared a great camaraderie: Virat Kohli on MS Dhoni

In a minute-long video, Virat Kohli has heaped praise on M.S. Dhoni. Virat said, “Words fall short a lot of times in life and I think this is one of those moments. Not saying much but your presence, your aura says a lot. We have always shared a lot of camaraderie because we played for one goal, to make the team win. You have always shown faith and belief in me for which I will be always grateful. It has always been the pleasure to play under you and with you.”

The talisman batsman also wished Dhoni a bright life ahead. ” I wish you the best in the next phase of your life. Lot of happiness to you. I will again say you have been and will always remain my captain,” an emotional Virat Kohli signed off.

Surely after Dhoni’s retirement, it has been an end of an era in world cricket. Will India be able to find an able wicketkeeper to replace Dhoni or not, only time will tell. However, M.S. will always remain a legend of the sport.

Also Read: “Can you review the decision” Fans react to MS Dhoni’s retirement from international cricket