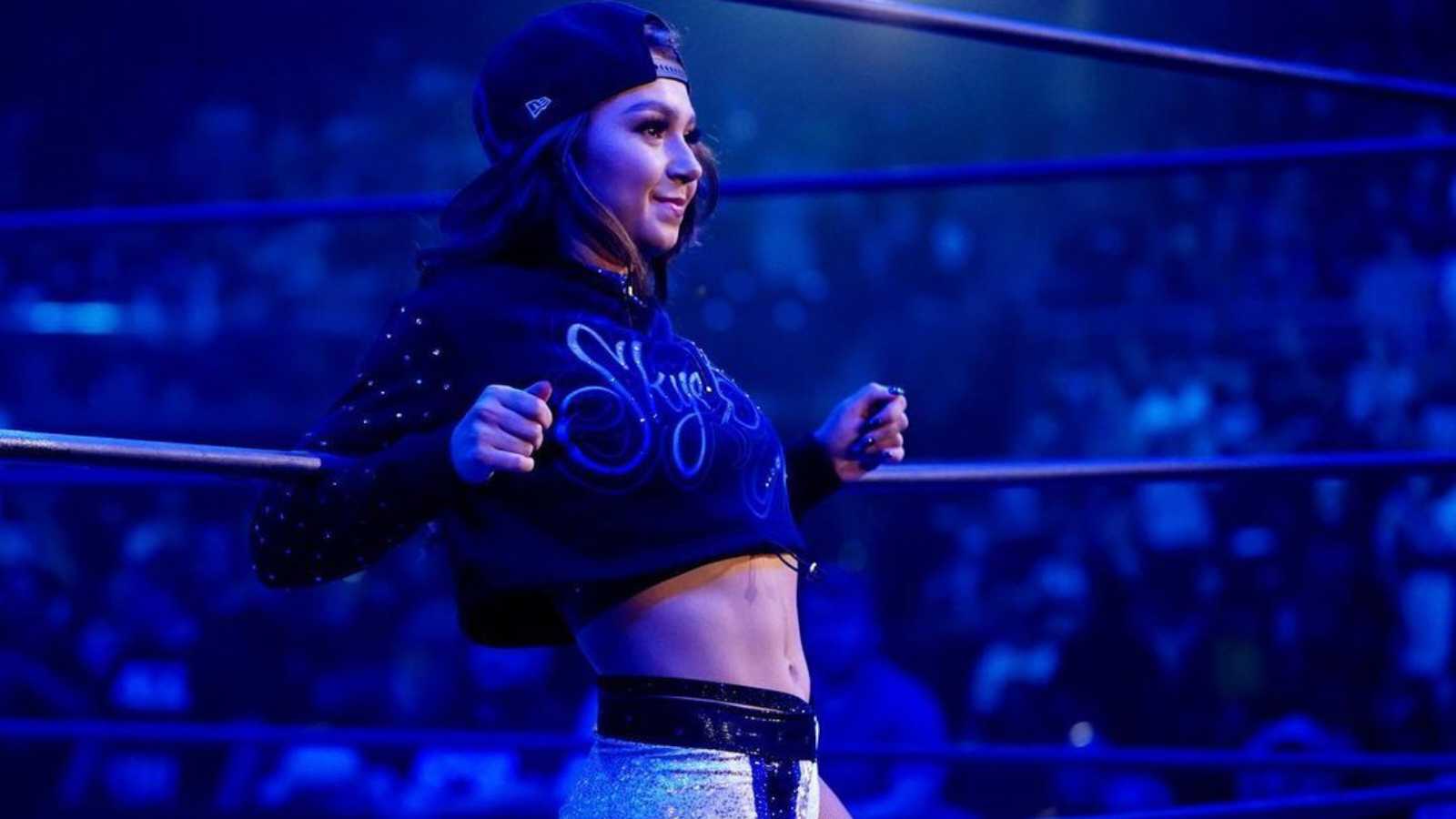 Skye Dolecki is an American Professional Wrestler born on October 2, 1999. She is a part of the All Elite Wrestling (AEW) roster and performed under the ring name, Skye Blue. Known for her natural ability, she is one of the most talented stars in the AEW roster.

Blue’s debut in AEW came against one of the top women of the roster, Britt Baker. The young star had a great match before she ended up losing the match. Even after not getting a lot of recognition, Blue made it to the top 150 females as per PWI among other stars like Bianca Belair, Alexa Bliss, Becky Lynch, Bayley, Charlotte Flair, and many more.

Being one of the superstars who is not given a lot of emphases on, Skye Blue net worth is estimated to be $150,000. In comparison to other stars, Blue’s net worth is lesser and her salary is not known yet. Having a contract with AEW, a decent salary is expected for her.

Being a lesser known star, Skye Blue’s personal details are not known to many. The AEW star is reportedly not in a relationship with anyone currently. But the case may also be that Blue is in a relationship but has not revealed details about it publicly.

Q. How old is Skye Blue?

The real name of Skye Blus is Skye Dolecki and she is 23 years old.

Skye Blue is not married currently. She has not revealed her relationship status to anyone yet. She probably is single and has not entered in any relationships yet.

Q. What is Skye Blue Net Worth and Salary?

Skye Blue net worth is speculated to be $150,000. Her salary is cannot be estimated.