With $1 million earned every 2.15 minutes in the ring, Canelo Alvarez becomes the second highest-paid athlete of the year 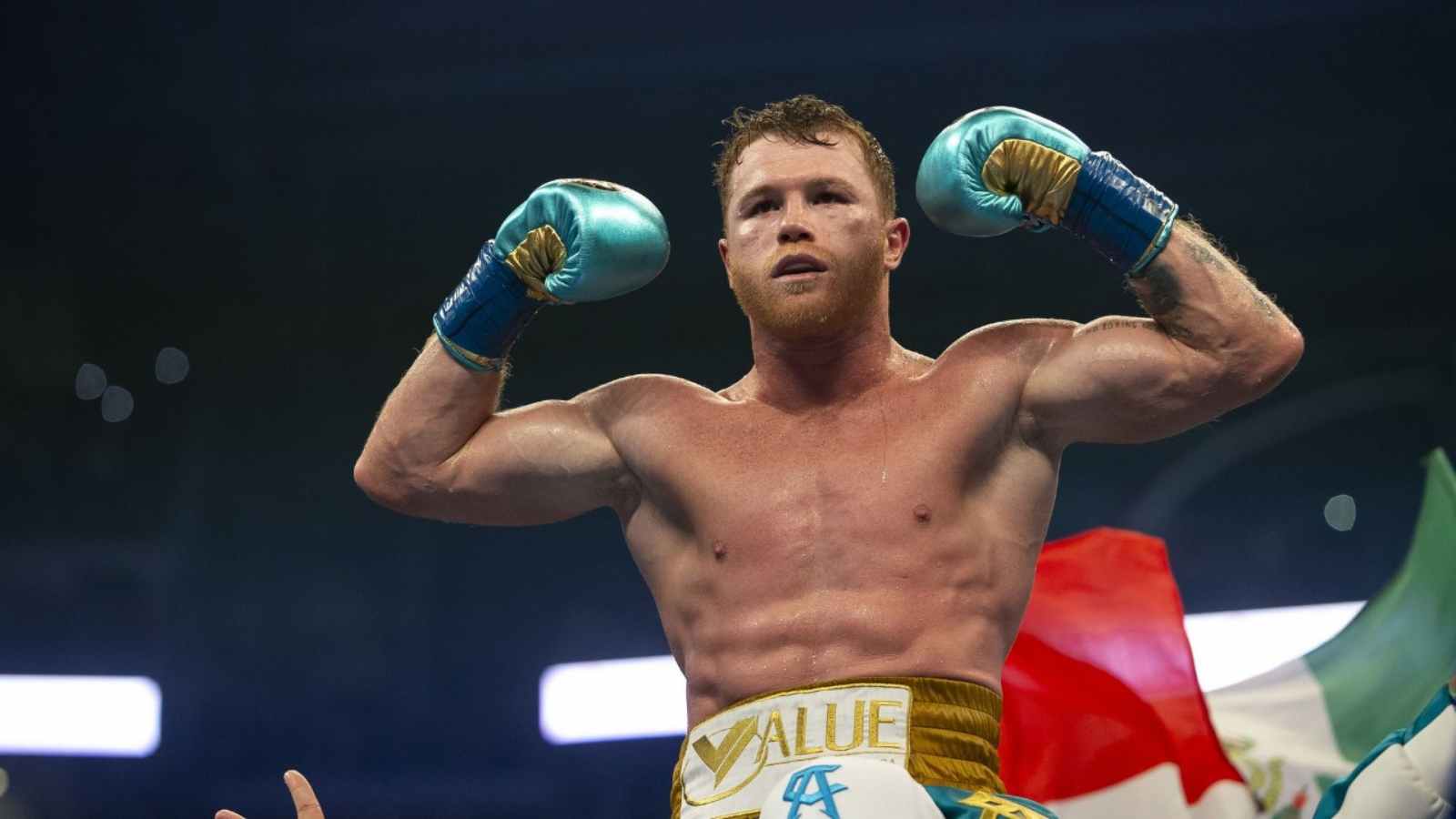 Canelo Alvarez is one of the most prominent names in the world of combat sports just about now – despite his shocking loss to Dmitry Bivol earlier this year, the Mexican pugilist continues to earn the big bucks.

It was common knowledge that Alvarez was earning handsomely, owing to him showing off his large estate and his fleet of exotic cars in his Graham Bensinger interview, yet, just the magnitude of the annual addition to his wealth is absolutely staggering.

It was reported, that in 2022, behind just Conor McGregor, Canelo Alvarez bagged the bragging rights to be the world’s highest-paid athlete per minute – that is, he earnt 284 million dollars in 72 minutes, in two fights against Dmitry Bivol and Gennadiy Golovkin. [H/T Marca]

He beat his arch-rival Golovkin for the second time, while Bivol bested him to wrest away the Super Light Heavyweight Title away from him. That being said, Alvarez’s earnings aren’t restricted solely to boxing – in 2021, Alvarez announced that he would be opening 100 gas stations in Mexico. [H/T Petrol Plaza]He has started his venture, as such, is enjoying the spoils of business.

It is safe to say that the Mexican superstar has earnt the right to let loose in life, after the frankly mammoth earnings that he is enjoying. That being said, he still chooses to pursue the passion that got him to the forefront of the combat sports world, and fights atleast once a year.

Alvarez lost to Bivol six months back – however, do not let that loss fool you. His credentials, that is his boxing record of 58-2 speak for himself. Despite the two losses, the first of which came to a certain boxer who goes by the moniker of “Money” (Floyd Mayweather), Alvarez still has monumental wins in his career. To give a brief recap of who he has been able to best – Caleb Plant, Billy Joe Saunders, Julio Cesar Chavez jr., among others, are some of the elite professionals to have tasted defeat against him.

Alvarez has been ever classy in defeat – he has given his props to Bivol for beating him 115-113 on all the judges’ scorecards. It will be interesting to see where he goes from here – he already holds the super middleweight title, and there will, no doubt, be capable challengers for it.

Also Read- “You have to go…you understand?” Emotional Mike Tyson urged reporter to leave and broke down in tears talking about deceased daughter

“What you really need to buy is a telescope to look up at Arsenal,” Piers Morgan slams Chelsea for heavy signings in mid-transfer window