“They are heavy, it has less grip,” Esteban Ocon believes F1 cars have regressed in the ‘fun’ aspect after regulation changes 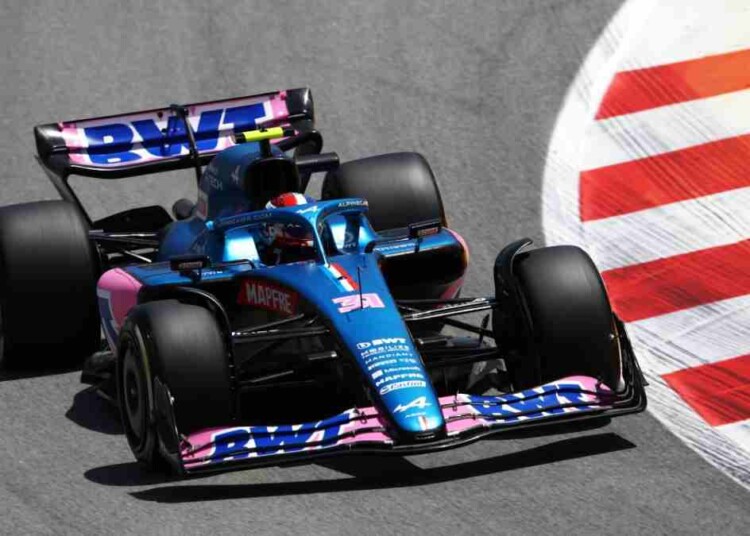 Formula 1 ushered in new regulations made in the interest of better racing last season. The cars became wider and heavier, the tires larger. Then there was the curious phenomenon of porpoising – as F1 returned to ground effect technology. But the cars also reduced the effect of dirty air, which meant drivers could follow the other more closely. The effect of the regulations is generally acknowledged to have been positive.

But the porpoising/bouncing in particular gave many drivers a hard time, peaking in Azerbaijan. Then came the rather controversial technical directive in Belgium, which curtailed the issue significantly. It shouldn’t be a particular issue next season. But there are still issues with the new generation of cars – such as their width. This makes overtaking on tracks like Monaco even harder than it already is.

They’re also rather heavy. From 690 kilograms at the start of the ‘hybrid era’, the weight limit was set at 798 kilograms for 2022. This was an increase of some 46 kilograms over the 2021 weight limit but is set to go down by 2 kilograms for 2023. Alpine man Esteban Ocon also has another complaint regarding the cars – they aren’t as fun. When asked how the 2021 and 2022 cars compare in terms of ‘fun’, he ruled in favor of the former: “Unfortunately, no. they are heavy, it has less grip.”

But the Frenchman did have one positive thing in mind: “The degradation is a bit less I would say, so that is a good thing.” In addition to that, he also thinks that the ‘fun’ aspect will improve as the years progress: “[And] it’s the first year of the new regulations, so it is going to get better and hopefully our [2023] car will go in the right direction.” he said, as per F1i.com.

Also Read: “I know they like to sell this story,” Pierre Gasly blames the media for spreading fear about his rivalry with Alpine Teammate Esteban Ocon

2005 marked the end of Ferrari and Michael Schumacher’s domination in Formula 1. The pair of them had won every championship between 2000-2004, but Renault and Fernando Alonso put an end to that. Esteban Ocon now drives for the French outfit, who rebranded as ‘Alpine’ in 2021, and it’s those years that made him ‘dream’ about the sport.

The Frenchman said: “The years that made me dream about Formula 1 were 2005, 2006 when they had the tyre war [between Bridgestone and Michelin]. It was impressive because the technology was [advancing] so much.” He added that it was about the fight between Ferrari and Renault, but also: “It was a cool engine which sounded great, the cars were mega light and it was very fast.”

Despite all the allure of the tyre war era and the V10/V8 engines and his complaints about the cars being ‘heavy’, Ocon still prefers the current era – as the racing is better: “I think if I had to choose, I will still take the [current era]. Everything F1 has put now in terms of regulations to get the cars closer together – and racing-wise – it is better now.”

Formula 1 cars will soon undergo another significant change, especially in the engine department. The sport will switch to using ‘100% sustainable fuel’ in 2026 and there engine will feature more electrical components, among other changes. What effect they have on the racing remains to be seen. But there will also be changes in the chassis department, with cars potentially becoming lighter and having less drag. That should help the ‘fun’ aspect for Ocon.

Also Read: “There will be no hierarchy to start the season,” Alpine CEO confirms that Pierre Gasly nor Esteban Ocon will get No.1 driver status

Also Read: “The only thing that I missed this year is in the end a podium,” Esteban Ocon feels 2022 was his best season yet