“Racing to survive, not racing to perform,” George Russell recalled his experience while working at Williams 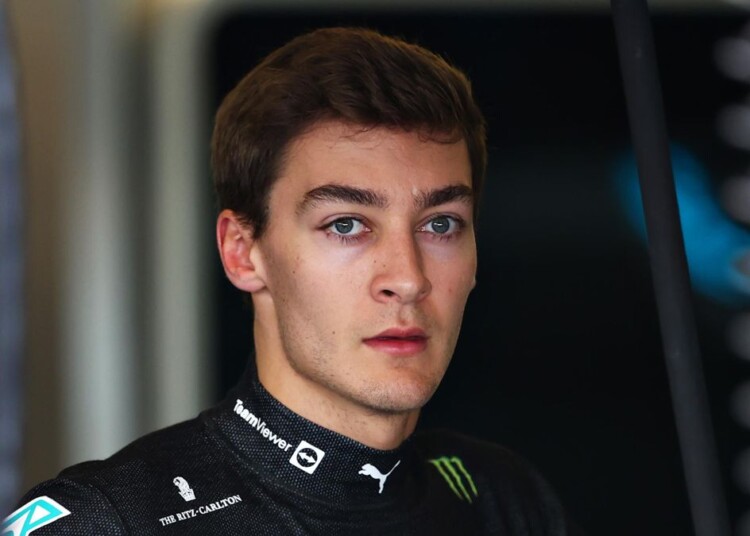 To say that current Mercedes racer George Russell has worked his way up to the top in Formula 1 from the very bottom of the grid would be an accurate way to describe the Briton’s time in the king class of motorsports. The 24-year-old had entered F1 as the 2018 Champion of Formula 2, yet he was stuck with one of the team at the very back of the pack while his contemporaries, Alex Albon and Lando Norris, seemed settled with their racing seats at some of the best teams on the grid. Speaking of those times, George Russell talked about his experience at Williams and how it was “hard to digest” for him that he was stuck at the bottom while his contemporaries were up in the top 10 regularly.

George Russell‘s hiring by Williams is a well-known story among true fans of Formula 1 as he had shown a PowerPoint presentation to the executives at Williams Racing. The presentation had outlined all the benefits the British team would get out of taking in Russell as their new recruit, and it was so impressive that he did land the job. But unfortunately for him, he was stuck at the bottom of the Championship standings while he saw Lando Norris, the 2018 F2 first runner-up and Alex Albon, the 2018 F2 second runner-up, enjoy their positions amongst the top 10 racers.

Four years have gone by since 2019, and George Russell’s career has taken the front seat now as he is the new Mercedes driver alongside his childhood idol Lewis Hamilton. The Briton has already impressed everyone with the results be yielded in his debut season with the Stuttgart-based outfit. Russell brought Mercedes their only Grand Prix victory in 2022 by displaying a brilliant performance in Brazil, and he also outscored his seven-time World Champion teammate Lewis Hamilton. And now, he is looking back at all those times he had felt jealous of Albon and Norris because of their Red Bull and McLaren seats.

As the driver for one of the topmost teams in Formula 1, Mercedes’ George Russell looked back at how he had started his career in the premiere class of motorsports. He spoke on ‘The High Performance’ Podcast, saying, “That was a really unique season for my first year in Formula 1 – joining Williams, a team that was on the brink of bankruptcy. It was a team [that], every single race weekend, was racing to survive. It wasn’t racing to perform, the team was racing to survive and [there were] 800 people’s jobs at stake.“

George Russell continued, “The car’s falling apart, and we’re being lapped two or three times – [you] kind of think to yourself, is this the dream? But I think I’ve always had quite a rational view to things. [However], seeing Alex in Red Bull scoring podiums and being the man to a degree, and Lando equally always in the points, that was sort of difficult to digest, because I’ve just come from Formula 2 where I beat them.”

In the end, things started looking up for Williams when the team’s ownership changed hands from the legendary British racing family to the American private investment firm Dorilton Capital. The injection of the external funds help keep the team on its feet, and in 2021, Williams managed to turn things around and claim the eighth position in the Championship, atop Haas and Alfa Romeo. And finally, in 2022, George Russell reached his goal by acquiring Valtteri Bottas’ seat at Mercedes.

Keep Reading: “We will do everything in our power,” Toto Wolff warns F1 teams of a Mercedes resurgence in 2023