“When you are second in Ferrari, it’s something that is not enough.” – Stefano Domenicali sympathizes with Mattia Binotto following his departure from Scuderia Ferrari 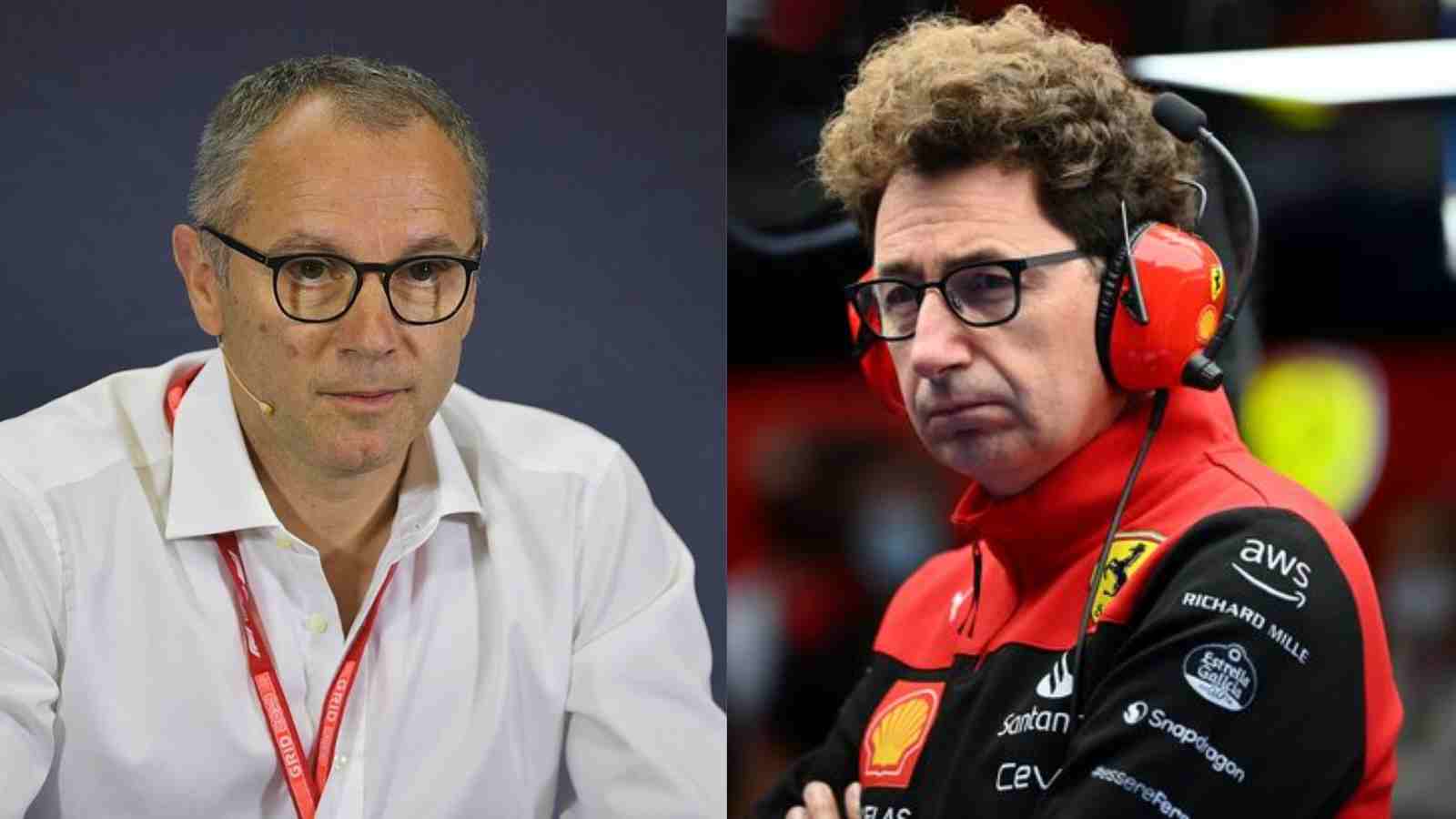 Stefano Domenicali is currently the CEO of Formula 1. The 57-year-old spent 6 years as Team Principal at Scuderia Ferrari between 2008-2014. In his tenure, however, the team struggled, failing to win a single drivers’ world championship. As a result, the Italian was ousted in 2014. Now with the resignation of incumbent Ferrari Team Principal, Mattia Binotto, we see something of a similar picture of the Maranello team boss leaving the team after a few underwhelming seasons in F1.

Domenicali spoke to Sky Sports F1 about Mattia’s departure from his former team, the 53-year-old had also worked under the leadership of the current Formula 1 CEO. Domenicali mentioned the pressure of winning when you’re leading the prancing horse, he stated, “When you are second in Ferrari, it’s something that is not enough.” The 57-year-old avoided making comments on the decision made by Maranello, instead, the F1 CEO wished Mattia well for his future endeavors, saying, “I don’t want to get into the dynamic of the team, for sure the only thing I want to wish him is the best for his future.”

Stefano Domenicali sympathized with Mattia Binotto, stating an almost identical position the 53-year-old is into what Stefano was in 2014 after exiting the Scuderia. The 57-year-old also advised Binotto to have faith in himself as he looks for a new project in the future, while also hoping for the Italian team to get back to winning ways. Domenicali replied, “I can say something on that because I was in the same situation or position many years ago. I will want to wish him to stay focused and believe in himself and of course on the other hand hope that Ferrari will find the right solution to stay on track.”

Speaking on the prospects of the Italian squad, Stefano mentioned his wish for the Scuderia to not lose out on its impressive recovery in the last couple of years with this management shake-up. The F1 CEO stated, “They did a big recovery from where [they were] 2 years ago and we need Ferrari to be competitive,” even mentioning the sport’s need of having the most successful team to be a constant challenger for wins.

The 57-year-old believed in the need of having a more competitive grid in Formula 1 with a good battle between the teams and drivers, Stefano said, “We need to have a good team, a strong team, strong drivers to fight against the others. So that’s really the wish I’m hoping for.” When asked about a possible three-way championship fight between Mercedes, Red Bull, and Ferrari, Domenicali expressed his desire and confidence, replying, “Well that’s the dream… its more than a dream I think can happen. I’m sure there will be more teams to fight for the first position and also to fight for other position[s].”

The management shuffle at Ferrari is being eyed with key interest from the entire F1 paddock, with rumors about the new Team Principal at Maranello already doing rounds, the favorite allegedly being the current Alfa Romeo team boss, Frederic Vasseur. It remains to be seen who will be hired to bring glory back to the Italian squad and if the 2023 season will be affected under new leadership. Currently, the team is working in full swing on next year’s car in a bid to win the title.