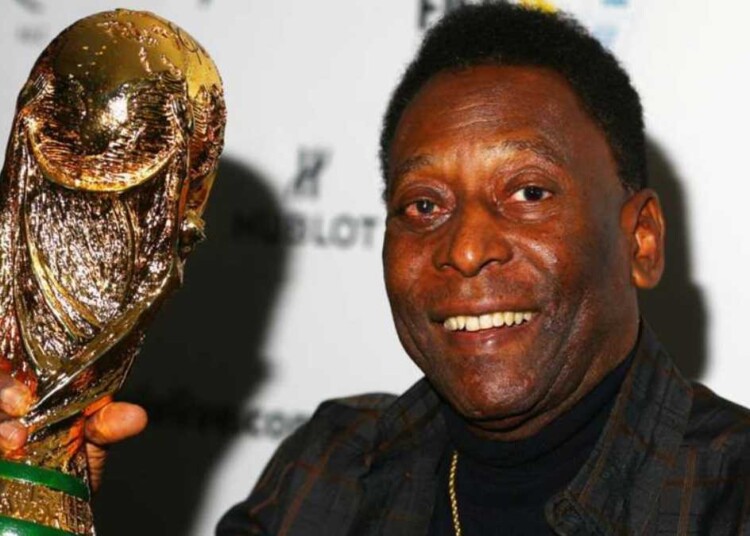 Edson Arantes do Nascimento, commonly known as Pele, is a global phenomenon who has possibly revolutionized football more than anybody else in the last 80 years. Pele is not just one of the all-time great football players, but also one of the all-time great athletes. With the terrible news of Pele’s demise, we take a look at 5 unique records which only the great Brazillian icon holds:

At age 17, Pele became the youngest player to be picked to a World Cup side when he was selected by Brazil for the 1958 tournament. He broke several additional records after becoming the youngest player to play in a World Cup when he started Brazil’s third group game. Since 1958, four players who are younger than Pele have competed in the World Cup, but none of them have won it or even advanced past the semifinals.

Pele became the youngest player to start a World Cup final when he did so for Brazil against Sweden in 1958 at the age of 17 years and 249 days. This record has undoubtedly not been broken. Pele became the youngest player to score in a World Cup final as Brazil upset the tournament’s hosts 5-2 on the back of a brace by himself.

2. Most assists in World Cup

Pele contributed 10 assists to the World Cup finals in total, seven of which were from the 1970 tournament. Pele also provided two assists in Brazil’s 1970 World Cup final victory over Italy, which also hasn’t been matched.

The most prestigious and revered prize in all of football is winning the World Cup. Every four years, the World Cup pits the best players in the world against one another on the largest platform of them all. For every football player, winning the World Cup trophy is the ultimate goal. Only 20 players in the history of the sport have ever won it twice, and to win it three times is even more exceptional. Then there is Pele who has won it a record three times.

Brazil had never won the most coveted trophy in football until Pele made his World Cup debut at the age of 17 in Sweden. Brazil was the most successful country in the competition’s history when he announced his retirement from international football 12 years later. The World Cup was won by Pele in 1958, 1962, and 1970. Pele was considered the best player in the tournament in both 1958 and 1970.

4. Most goals scored in a single calendar year

The player with the most goals in a calendar year is Lionel Messi who scored 91 goals in a single year. Santos, Pele’s club, objected claiming that the superstar had actually scored 127 goals in 1959. According to a different statistic kept by the Zambian Football Association, Godfrey Chitalu had scored 107 goals. Pele’s record, on the other hand, is supported by FIFA, which has acknowledged that the Brazilian superstar holds the record.

Related: WWE world acknowledges the feats of Pele as the Football legend passes away at the age of 82

5. Most Hattricks in football history

It is quite challenging to verify some of the records that Pele is said to have set, such as the most headed goals ever scored. But there is one record we can vouch for that is among the most impressive: his hat-trick record. Pele scored an incredible 92 hat-tricks in matches that were officially recognised by FIFA, CONMEBOL, and all other relevant governing organizations.