108 Years Ago: When English and German soldiers stopped fighting during WWI to have a football match on ‘No Man’s Land’

This will always be remembered as one of the major events in the history of the sport and also in the World War-I books. 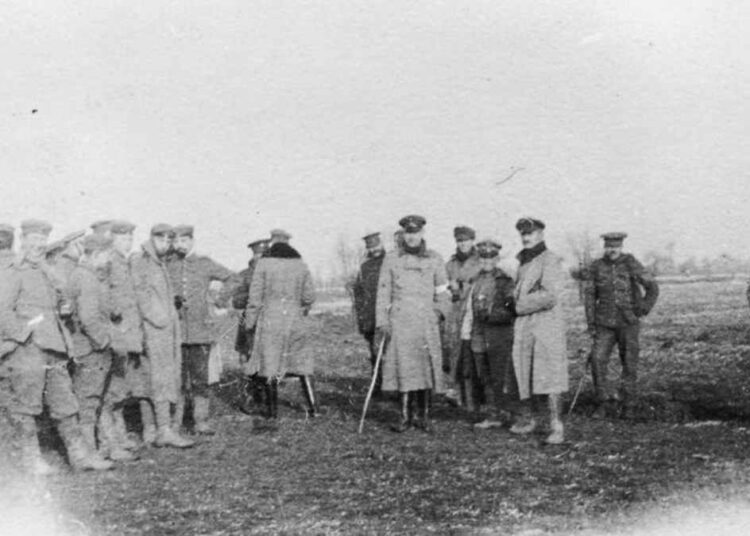 The British and the German soldiers took photographs with one another.

On the eve of Christmas way back in 1914, during the time of World War-I, the British Expeditionary Force (BEF) could hear some of the German troops who were posted in the opposite trenches singing carols and patriotic songs. They could also see lanterns and small fir trees and finally, the messages began to be shouted between both trenches.

The next day the British and German soldiers met in no man’s land exchanging gifts with each other and also taking photographs with each other. Then some really historical took place as both the nations decided to play a game of football leaving away all their enmities and war behind just for the day.

After burying the dead and causalities that occurred during the course of World War-I and repairing the trenches and dugouts, on Boxing Day, the game of football took place. This truce was not followed everywhere and elsewhere the war continued because the officers were unhappy with the idea of the truce believing that it would decrease the fighting spirit.

How did the football match take place during WWI?

During the truce, the football match was played at the Ploegsteert, Belgium as reported by Ernie Williams, who was a 19-year-old private with the 6th Cheshires in December 1914. He said there was, “No referee; we didn’t need a referee for that kind of game. It was like playing as a kid in the streets, kicking the ball about and the referee being the policeman and chasing you off.“

He added, “They took their coats off, some of them, and put them down as goalposts, there would be at least a couple of hundred taking part. There was no score, no tally at all — it was simply a melee. Everybody seemed to be enjoying themselves. There was no sort of ill will.”