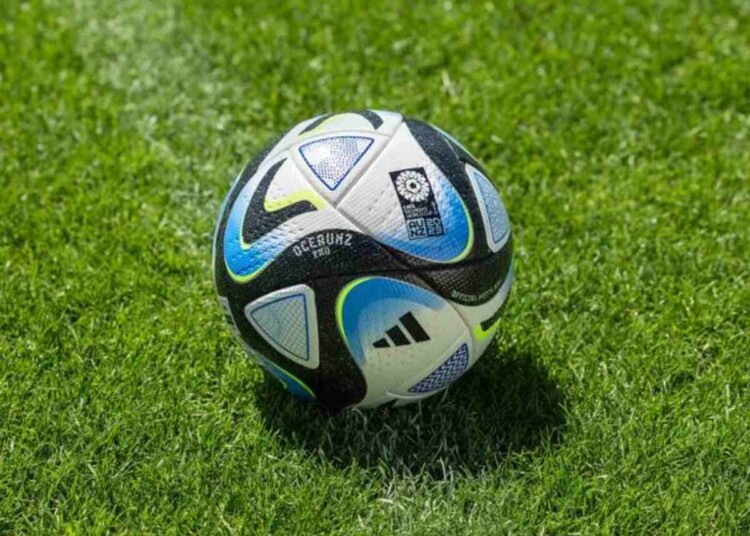 The design of the OCEAUNZ match ball is inspired by the scenic landscapes and views of the host nations. Aboriginal artist Chern’ee Sutton and Māori artist Fiona Collis paid homage to Australia and New Zealand’s captivating scenery with the design imprinted on the ball. According to reports from the GOAL, OCEAUNZ has the same ‘Connected Ball Technology’ that was also used in the 2022 FIFA Men’s World Cup match ball; Al Rihla.

Franziska Loeffelmann, the Design Director of Football Graphics at Adidas shared his thoughts during the launch of the official match ball. “With record viewing figures for the Women’s Euros tournament last year, the upcoming World Cup is set to be a massive moment for the game that we love. We’re turning up with a match ball that we’re incredibly proud of – featuring our innovative technology and with a design that represents the natural beauty of the landscape in which it will be played.”

As per Loeffelmann, ADIDAS will donate a total of 1% of global net sales of the OCEAUNZ match ball to the ‘Common Goal Movement’. It is a global initiative promoting female participation and representation in football. CGM helps girls and women across the world build their sporting careers. This is possible by giving them financial aid and support to grow from a grassroots level. Therefore, you can also contribute to this noble cause by purchasing the ADIDAS OCEAUNZ, available in the Adidas official store.

The 2023 FIFA Women’s World Cup will take place in Australia and New Zealand. The competition will be the ninth edition of the quadrennial women’s contest. FIFA is hosting the tournament in 10 different cities across the two nations. This is the first time two countries are co-hosting a women’s World Cup in the history of the competition.

The 2023 FIFA Women’s World Cup will start on Thursday, July 20, 2023. The one-month-long tournament would conclude on Sunday, August 20, 2023. New Zealand’s Eden Park stadium will be hosting the opening ceremony and the first match of the competition in July.

The US Women’s National team is the current favorite contender to win the World title once again. The reigning champions are looking sharp, as they prepare to defend their World title. Just like the men’s world cup, 32 teams will be contesting for the ultimate title in Women’s football. If the USWNT manage to defend their fort this time, they will become the first team in the history of football to complete a three-peat in the World Cup.