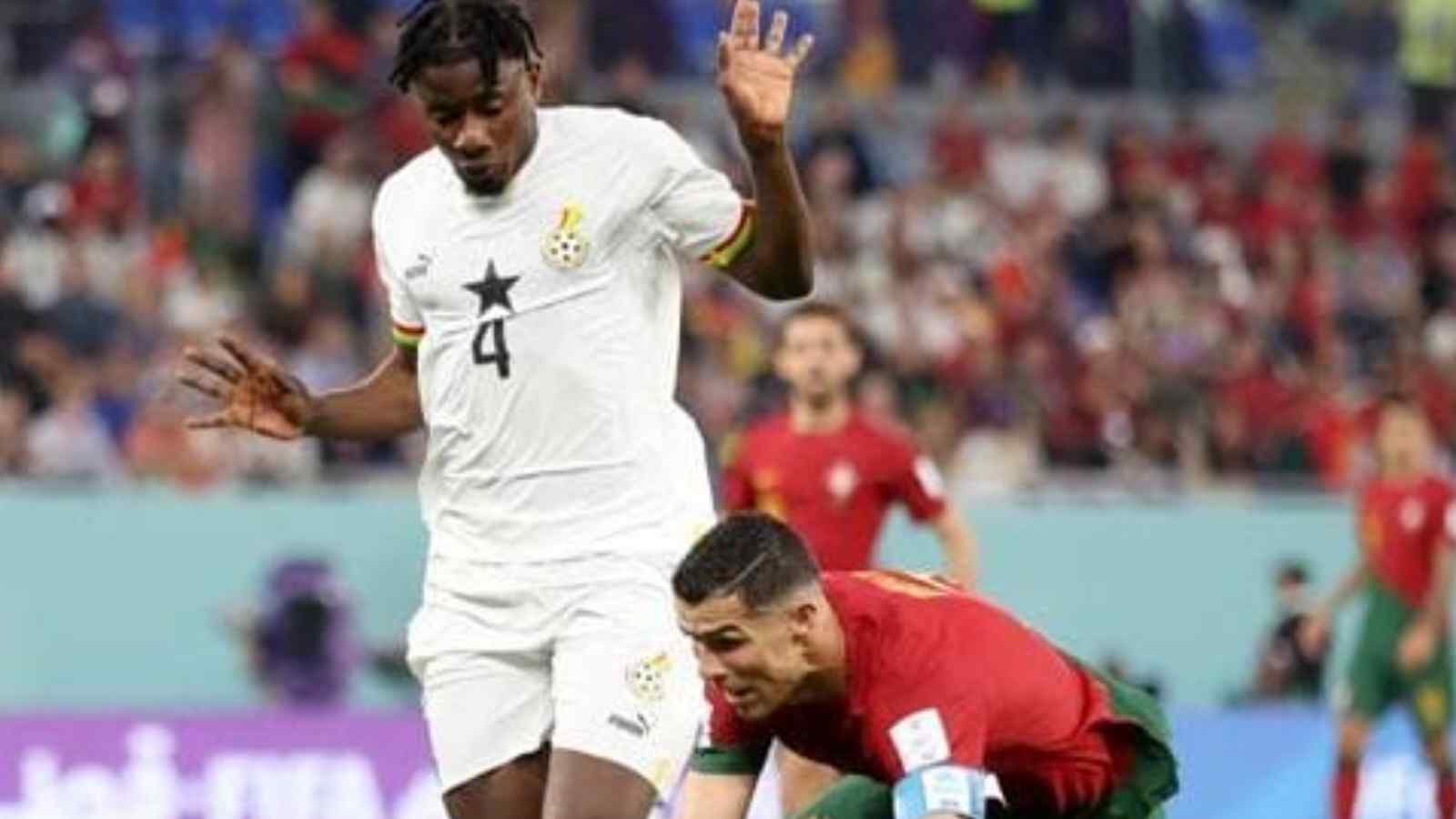 The FIFA World Cup 2022 has just kicked off, and the teams have started turning their dreams into reality. However, this campaign features events that are shocking and interesting at the same time. After Portugal’s fixture with Ghana, the game ended with the Portuguese taking the victory home with a score of 3-2. The latter half of the match saw a controversial penalty awarded to Cristiano Ronaldo that made the headlines more than the win.

A renowned Football pundit Chris Sutton has spoken about his verdict of the penalty given which was not appropriate and used the word “Cheating” eventually contributing to calling the Portuguese superstar a cheat. Games of such magnitude sometimes get behind the VAR technology that was introduced much later in football. The technology and the referee are to be blamed for such a decision as it was clearly not a penalty. “VAR officials are absolute bottle jobs,” said the pundit.

Football is a sport that requires appeals, appeals to the referee when you’re subjected to an offense, a booking, etc. Sometimes to benefit your team and a national team, in this case, you need to make a call, to build on the opportunity even if you think it’s not right. There’s no doubt that cheating needs to be called out, and no favoritism. Those operating VAR must also look into it. Blatant cheating shall never be accepted, and that’s what’s getting on people’s nerves.

Cristiano Ronaldo, however, has not been called out for intentionally diving for the first time; he has won many penalties and free-kicks to which the team resulted as a beneficiary. Claiming a foul and raising a voice is necessary; if you won’t claim it, the chances of getting a free-kick or penalty decrease rapidly. “It isn’t good play by Ronaldo. It is a terrible example to young kids everywhere around the world.” Said the pundit.

Like almost every other sport, VAR(Video Assistant Referee) is football’s integral part. The introduction of the technology to the game of football was a bit too late after getting a real place in the rule book in 2018. The technology, however, was introduced to help the on-field referee with better decision-making but seems to have the opposite job.

Be it the Premier League or the FIFA World Cup that has just begun, the VAR has been widely criticized for its controversial decisions against teams. Many Football pundits have ridiculed the decision to enter the VAR into the business; Roy Keane and the Aston Villa manager are two of the latest critics of the technology. The World Cup has only played a handful of games in which three games have been ruled controversial, which is far worse than manual refereeing.

ALSO READ: Denmark, Germany, and England plan to leave FIFA after the organization prohibits them from promoting ‘OneLove’ bands: Reports