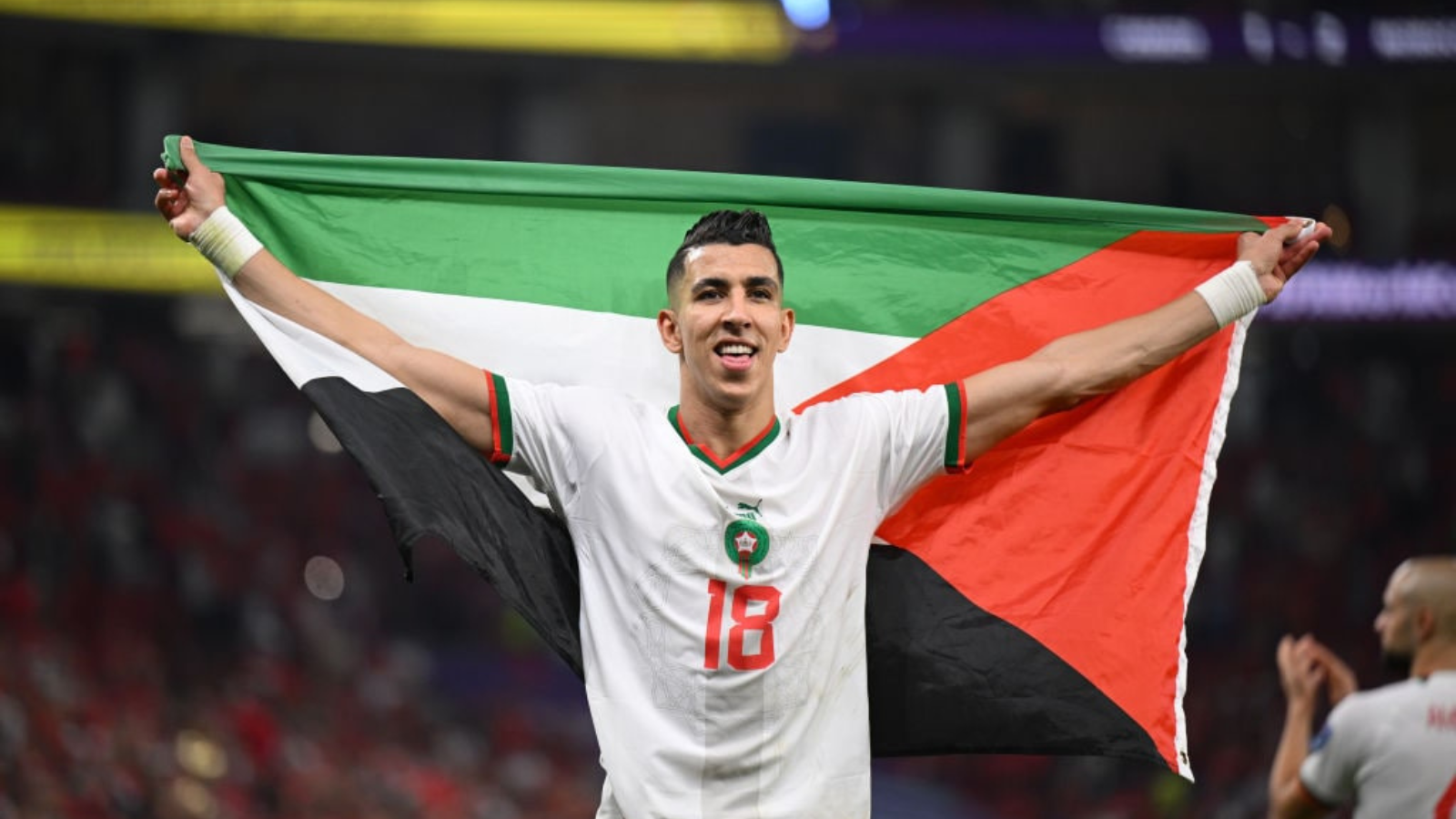 Jawad El Yamiq is making history for Morocco in more ways than one. The Moroccan defender raised a Palestinian flag after helping his country earn a 2-1 victory over Canada at the FIFA World Cup 2022. El Yamiq, who plays for Morocco’s Raja Casablanca, celebrated the win with a gesture that resonates with the country’s support of the Palestinian people.

The moment was captured by many fans and quickly went viral, sparking a wave of support and admiration worldwide. El Yamiq’s gesture was a powerful symbol of solidarity with the Palestinian people, who have been fighting for their rights and freedom for decades.

It was also a moment of pride for Morocco, as El Yamiq’s flag-raising sent a solid message to the international community that Morocco stands firmly behind the Palestinian cause. Morocco has long been a vocal supporter of the Palestinian people, and this moment was just another way for the country to show its support.

Also Read: “You wanted freedom of speech, you can get it back home”- Fans troll Germany after second consecutive FIFA World Cup exit before knock-outs

Hakim Ziyech and Youssef En-goals Nesyri’s in the first half propelled Morocco to a 2-1 victory over Canada, giving them the first position in Group F and, for the first time in 36 years, a ticket in the World Cup’s round of 16. Despite being placed in a challenging group with teams like Croatia and Belgium, who placed second and third in 2018, respectively, Morocco managed to steal four points from the European teams before defeating Canada in their final group match.

After finishing second in Group E, Luis Enrique’s team will now face Morocco in Al Rayyan on Tuesday. Croatia ended as runners-up after drawing 0-0 with Roberto Martinez’s team, who were eliminated at the group stage. Had Croatia defeated Belgium, who played at the same time as Morocco played Canada, the North Africans might have dropped to second.

Nayef Aguerd accidentally turned Sam Adekugbe’s cross into his own net just before halftime, giving Canada—who was competing in their first World Cup since 1986—a goal. However, Canada ultimately finished last in the standings without a point.