“They don’t know what the F they’re talking about”: Billy Horschel’s scathing reply to haters of his spot in the 2022 Presidents Cup 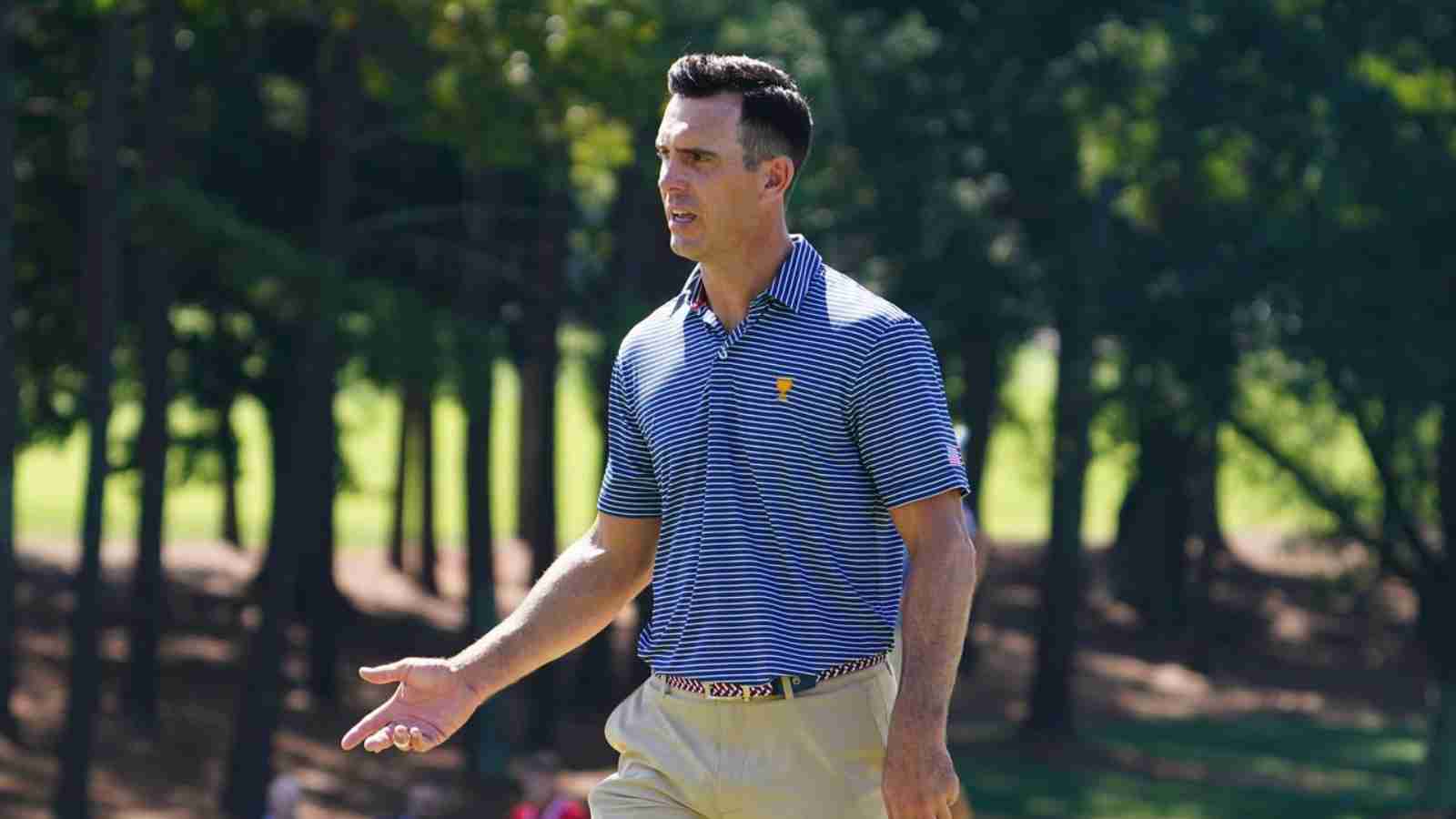 Billy Horschel’s dream has finally been realised after 14 years- he is all set to be a part of the US Team for the upcoming Presidents Cup.  However, what could have been a moment of his life has witnessed mixed reactions.

This year’s President’s Cup starting 22 September has been one surrounded with a lot of controversies because of the top names missing out due to ban. It is for this reason that the golfer has faced backlash on the micro-blogging site. While many congratulated him for his selection, others said it is only due to the LIV Golfers facing the ban.

But the American has not just waved the criticism off, rather recalls the 2014 Ryder Cup where he was left off despite two playoff event wins. “I felt like I could have helped,” Horschel said. “Whether my presence and me being there could have helped us win, I don’t know.”

Billy Horschel tells his haters to back off

He also talked about how the chance matters to him and not taking it for granted. “My desire burns so hot that it can’t go any higher,” Horschel added. “To make these teams … there’s no higher ceiling. There’s nowhere else for it to go.”

Horschel, who won the Memorial and finished tied for second at the Arnold Palmer Invitational says he has rightfully been included, slamming the critics for the negative response.

“I know there’s been a lot of chatter about it on both sides, at least the players who went to the LIV tour. Then as Homa, sort of indicated Sunday after he won, there were a lot of people on social media that like to chime in. What he’s heard, I’ve heard as well, I only made the team because the LIV guys left the [PGA] Tour,” Horschel said.

“I mean, those are just people that don’t know what the ‘F’ they’re talking about. If they would have seen the points list when [Johnson and others] left the Tour, Max and I were clearly in the top 12. So, it doesn’t bother us one bit.”

Also Read| Can golfers drink alcohol on the PGA Tour?