Phil Mickelson now affiliated with LIV forces, Producers KICK him out of ‘The Match’ 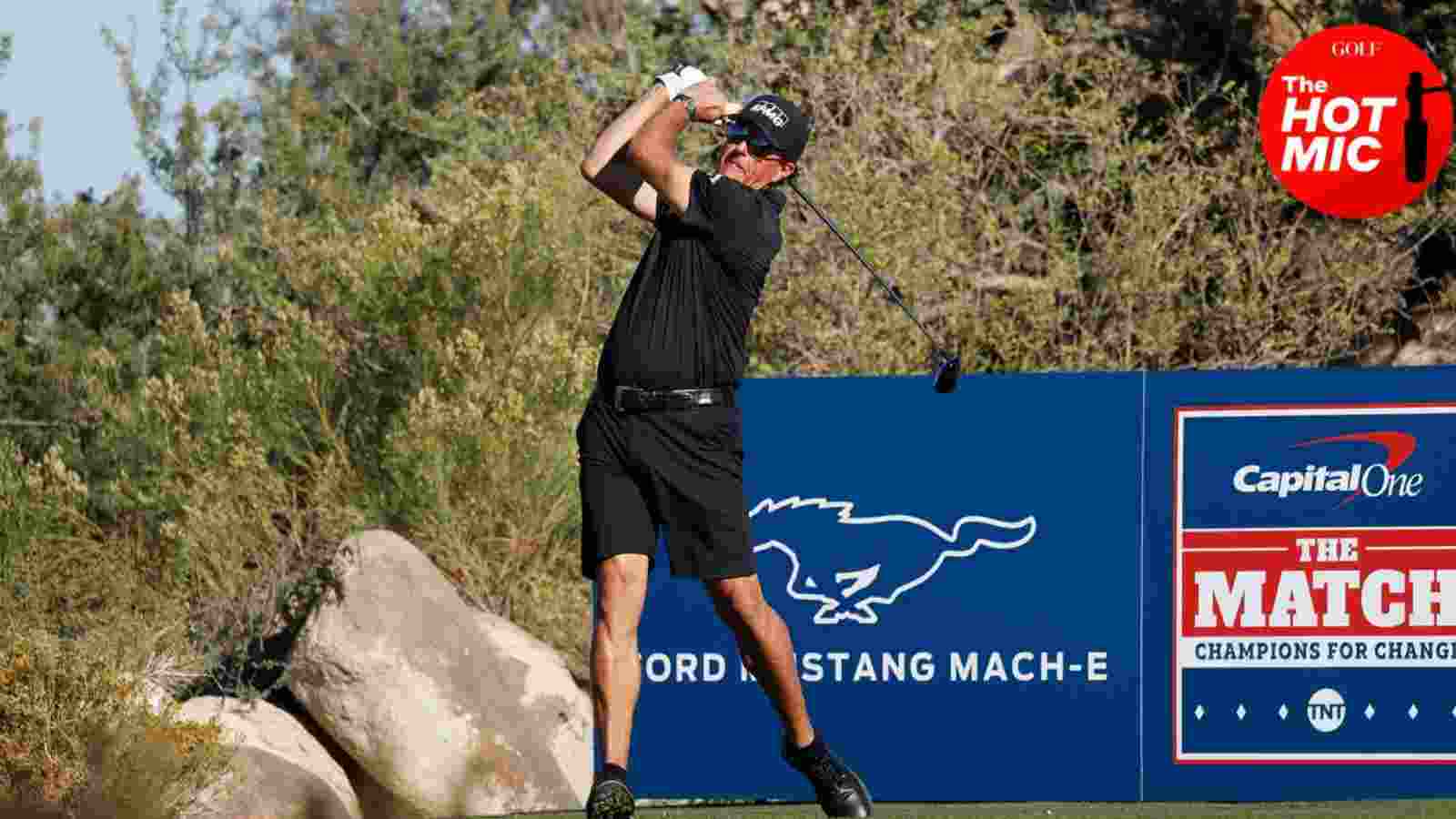 Phil Mickelson jumped ships to LIV Golf side of the ocean while his association with ‘The Match’ as an anchor is being missed. Phil will no longer be associated with The Match and the made-for-TV event will now be hunting for a new anchor to grace its stage. The Rory Mcllroy association with the event will bring fruition to the future plans, coupled with big stars like Tiger Woods to add gravity for younger fanbase.

The Match is famously connected with the PGA Tour, and the tussle that persists between the two golfing circuits is not new to ears. The star power associated with Phil Mickelson came as a piece of good news to The Match. His magnetism bodes well for the event as does his individuality which brought much attention and edge to the event. The Match holds a vision to authentically grow the game through the franchise.

It is rather upsetting that the player had to choose sides, and more so for his friend Bryan Zuriff who definitely feels that Phil was an integral part of the show. The challenge at the hand is definitely recapturing the miraculous success that The Match earned in 2018 and 2020 previously.

The PGA Tour is searching to find a complementing, naturally fitting anchor to not only save The Match and its fans for what they are owed but also someone who can give it enthusiasm and a rather avant-garde direction. Bryan Zuriff, mentions that The Match in itself has a rather fine business plan to steer ahead. About Phil, Zuriff said, “He went where he went, and we’re connected with the PGA Tour … He understands that when you make those choices, certain things get sacrificed.”

The event is neither operated nor owned by the PGA Tour per se, but there remain some sticking points for the players on LIV Golf to be a part of the massive event. “It’s just a bummer because he’s just been a great partner for so long,” Zuriff said about Phil Mickelson’s consequential disassociation. One of the factors tearing the LIV golf players apart from The Match is of course the money. They expect to make golf an “additive” rather than a “combative” sport for youngsters.

When asked about the magnanimity of the event, Zuriff added, “I look at The Match as saying ‘we’re doing an event in one day that costs a lot less than what LIV’s spending in a year, and more people watch us than watch them.” The first edition is planned to be a second iteration, pitting Tiger Woods and Rory McIlroy against childhood friends Justin Thomas and Jordan Spieth.

It follows the original Tiger Woods vs Phil Mickelson edition. The second in line will be two annual Match editions; a pro-golfer winter edition and a celebrity guest summer edition.

Also read:- “Earn it in the dirt”- Tiger Woods gets blasted by Pat Perez for his remarks

Also read:- Tiger Woods and Peyton Manning once TROUNCED OVER Tom Brady and Phil Mickelson to raise $20 Million worth of charity