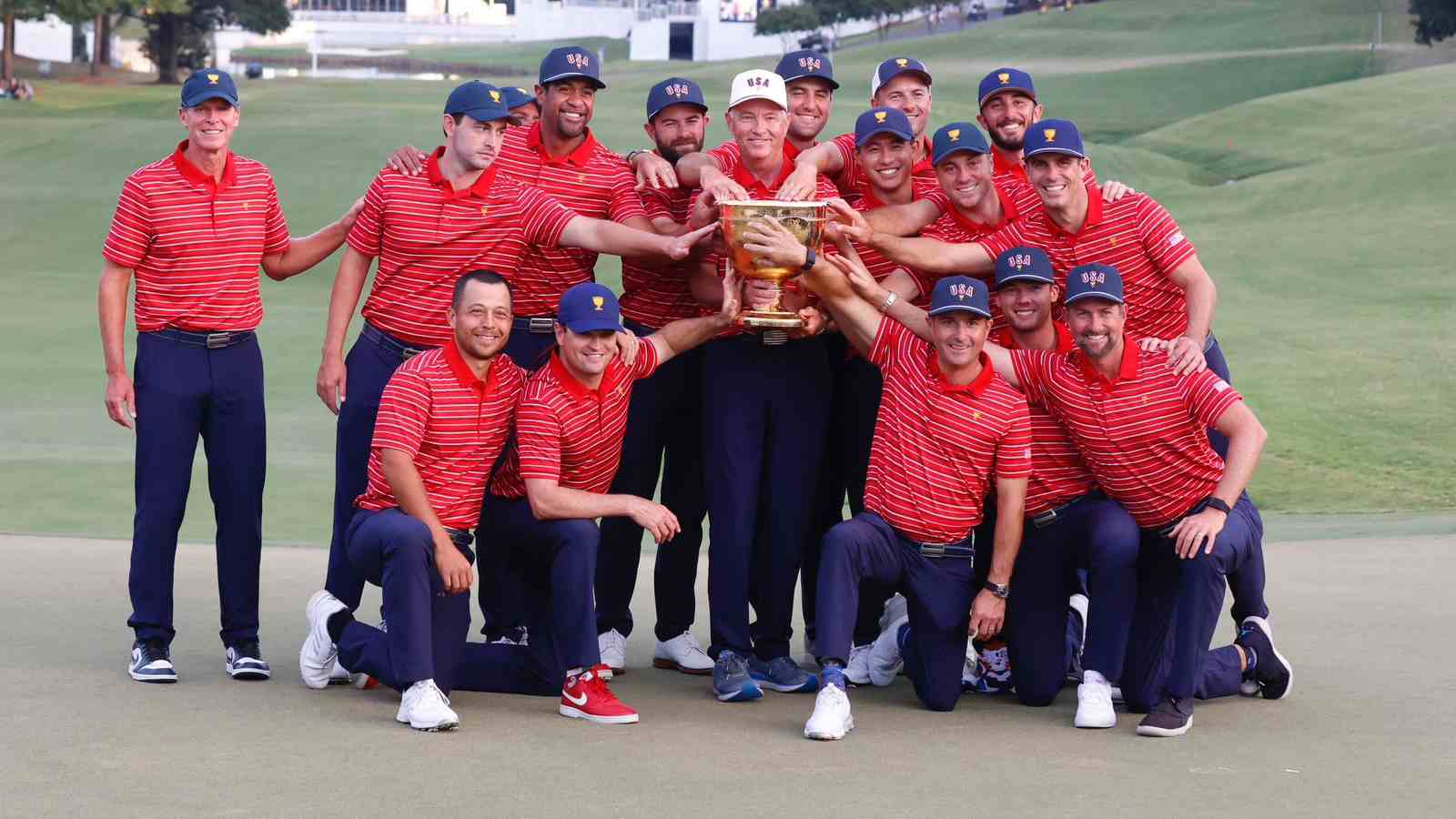 Xander Schauffele with the final U.S. team defended their 2022 Presidents Cup under the leadership of Davis Love III at Quail Hollow in North Carolina with a defining 17½-12½ win over the International Team that was led by Trevor Immelman

The Presidents Cup sanctioned by the PGA had its own fair share of debates and controversies on banning the LIV Golf players. Some big names such as Cameron Smith, and Dustin Johnson did miss out.

But all this aside, the team event with its euphoria of winning it for the country gave an eye-pleasing contest to golf fans around the world.

Xander Schauffele with the bang-on putt to give the U.S. team victory at the Presidents Cup

The U.S. team was leading from day one as they were heavily tipped to emerge victorious in the competition. On the last day, the U.S. represented by Justin Thomas was stopped by Si Woo Kim in the singles face-off between the two. Still requiring 15½ points for the win, the other players stepped-up with Jordan Spieth, Patrick Cantlay, and Tony Finau winning their respective matches for the country.

Xander Schauffele in his match against Corey Conners held the Canadian and finally won the cup which was indeed inevitable after the first few days of plays. “It feels good to win. It got really close there for a little bit. Winning is winning and there are no pictures on the scorecard,” stated Schauffle.

The U.S. skipper Davis Love III quoted: “They played great. It was hard. They put in a lot of effort the last three weeks. They came in ready to go.” The International team fielded eight players that were making their debut because of the banned LIV Golf players. However, they showed grit and determination and made the competition a success.