Indian men’s hockey team pips sturdy South Africa to make finals with a 3-2 margin, Defenders steal the show as Men in Blue to take on hardy Aussies in the Commonwealth Games final 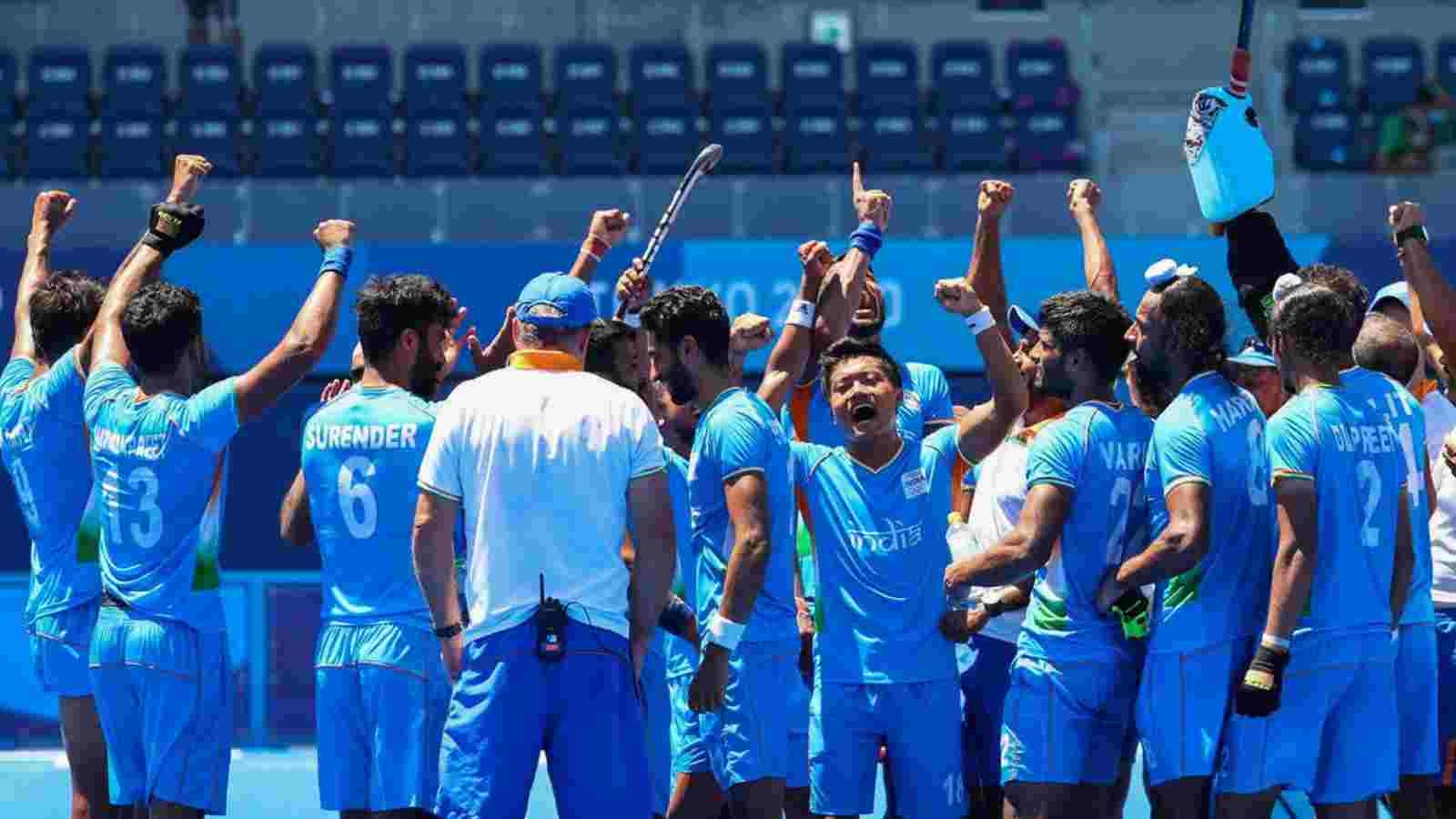 The emotional connect between Indian hockey and fans has existed for several decades. Since the time a certain magician answering to the name of Dhyan Chand and later Balbir Singhs’ (there were at least three) brought India glory at the Olympics, on grass, the public has been passionate about this sport.

When hockey underwent a huge transformation, from natural grass to astro turf and more varieties of synthetic surfaces, it became that much harder for the Indians and the Asians. It may have taken years, or even decades, to adapt to modern hockey. But the results are now there to see.

Despite the cynicism or pessimism in certain quarters, Indian hockey has strived to do well. When successive campaigns at the Olympics did not bring medals, it was hard for the pubic to digest. Of course, winning bronze in the 1980 Moscow Olympics, which was a diluted edition thanks to the West Bloc boycott, saw India win a bronze medal.

If one is to fix the exact point of time when Indian hockey made a revival, in terms of an Olympic medal won, it was around the same time last year at the Tokyo Olympics. The bronze medal win was huge. Some said, it had washed sins of the past!

Well, that’s how fans feel as the national sport of the country tugs at the hearts of millions. As India remembers the men’s and women’s heroics of Tokyo exactly a year later, the Men in Blue showed they were not going to flop at the Commonwealth Games in Birmingham. On Saturday night, Manpreet Singh-led side showed pluck and poise to conquer a gritty South Africa 3-2 in the semi-finals.

To say the pulse was racing and the blood pressure was shooting would not be an exaggeration. Yes, the South Africans turned out to be very hard opponents, perhaps thriving on the big stage by virtue of being the underdogs. Their job was to dent the Indian defence.

That India held out and won a close match speaks volumes about their physical and mental strengths. Gone are the days when artistry and aesthetics defined field hockey. Today, it is about how strong you are as an athlete on the Yo-Yo scale. It is also about how much players can run, funnelling up and down and making runs sideways to keep control of the ball.

Also Read | Indian women’s hockey team loses the semi-finals to Australia in a climactic shoot-out, standard of umpiring and clock/timer not working during penalties becomes a huge embarrassment for the organizers and FIH

Up next for the Indians in the final are Australia. To beat the Aussies will be like attempting an assault on Mount Everest. They are racy and pacy and their ability to score in opportunities created in nano-seconds marks them out as dangerous. The good thing is, Indian coach Graham Reid is himself an Aussie. He would be able to share with the Indian boys a few trade secrets on what to expect from the Aussie mates.

To be sure, it was a topsy-turvy period initially as both sides came out raring to book a place in the final. There was pressure and hesitancy, for both teams. Understandable that, given the stakes involved. And for those who think competing in the Commonwealth Games is kid stuff, ask captain Manpreet Singh and the boys how much they had to labour for the win against the South Africans.

If India had many opportunities to score, then Gowan Jones under the bar was solid, effecting saves. The first quarter ended goalless.

South Africa started the second quarter well. They were creating the openings and the opportunities, with a series of penalty corners being enforced. However, Matthew Guise-Brown was denied goals on multiple occasions.

The pressure was palpable. India knew they had to break the deadlock. Abhishek scored in the 20th minute. The Indian attack flowed and if there were no goals coming, it was thanks to the work done by goalie Jones, who had a great day under the bar. Once Mandeep Singh pumped in the second goal, India breathed a little more freely.

Into the third quarter, South Africa had to create more chances and step up. They were fast and looked dangerous as they relied more on attacking with verve and swerve. A series of penalty corners eventually resulted in a goal when Ryan Julius struck in the 33rd minute.

It was a good quarter for South Africa continued as they continued to penetrate the Indian defence. The work done by the defenders and Krishan Bahadur Pathak below the bar was solid.

Indeed, the last quarter was going to be decisive. Both sides were attempting to go ahead and score. Jugraj Singh extended the Indian lead to 3-1 with just two minutes left on the clock from a penalty corner.

“In the 2018 Commonwealth Games (Gold Coast) we lost the semi-final and we learned good things. That’s what we applied in this Commonwealth Games. We should not underestimate any team. Any team will come with their best and we should give our best every single match, so that’s what we did,” said captain Manpreet Singh.

The Indians will get good rest on Sunday. There will be a lot of mind games played as well before the final against Australia. Positivity will matter a lot. India may not be world beaters, still, for many. But they are certainly not pushover anymore.

Also Read | Murali Sreeshankar clinches silver in long jump at the Commonwealth Games in Birmingham, exorcises ghosts of the past that have been haunting him from the Tokyo Olympics