Jimmie Johnson gives updates on his 2023 Indy500 and LeMans plan

Jimmie Johnson has been vocal about his wish to partake in 24 Hours of LeMans, driving NASCAR’s Gargae56 entry. 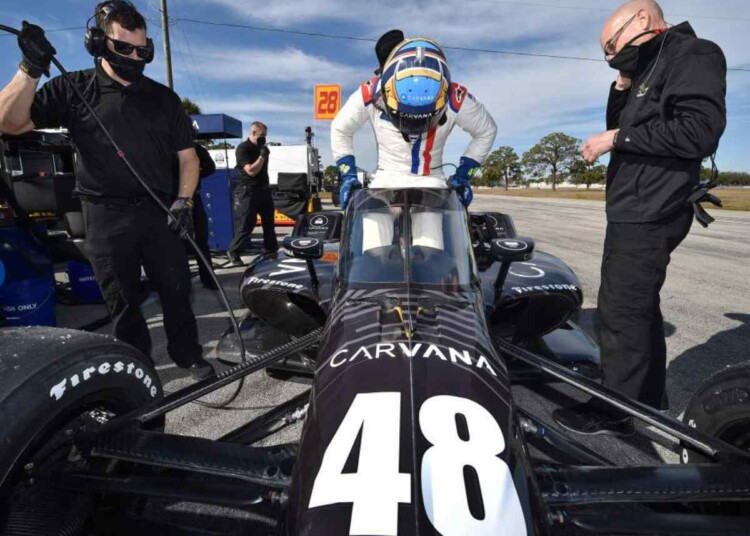 Hendrick Motorsport legend Jimmie Johnson, arguably the greatest NASCAR driver of all time, will return to the Cup series in the 2023 Daytona 500. The record 7-time Cup champion returns as owner-driver with LEGAY M.C. and has plans to run on a multi-race part-time schedule. Alongside Cup races, Johnson also has plans to drive in the Indy 500 and 24 hours of LeMans.

Jimmie Johnson was the 2022 Indy 500 Rookie of the Year and hopes to land a solid ride for his 2023 Campaign. He might also be the only racer associated with the NASCAR Cup series in 2023 at the brickyard grid as Kyle Busch, who was expected to make his debut this season after the move to RCR, failed to land a ride. Johnson is expected to be part of NASCAR and HMS’s LeMans entry Garage 56 line-up.

During the Phonix next-Gen car test, the veteran opened up about his chances of racing I n the prestigious events this year. He said, “It’s not off, but I’m going to know real soon. It’s close [to not happening]. There are a few moving pieces with the Garage 56 opportunity, sponsorship, timing, and where that all sits. I don’t have clarity just yet, but hopefully very soon,”.

The Phoenix test day has been significant for Johnson as he finally felt the Next-Gen car again after spending his last two years driving in the IndyCar series. The veteran’s biggest difference on the day was the speed of the heavy stock car compared to the crisp and nimble IndyCar rides.

“The speed did seem different, no doubt about that… such a different feeling in the stock car with all the mass trying to slow it down… With the IndyCar, it’s so crisp and nimble. But that’s been hard for me to sense and feel,” Jimmie Johnson said.

In case you missed it: Jimmie Johnson responds to Richard Petty calling him a rookie

Phoenix Raceway is just a one-mile track, while the Daytona international speedway is 2.5 miles, and Johnson is fighting for one of the potential five spots available for open charters. So, there are a few things he could carry to Daytona. At the same time, the experience of driving the car will help me understand the elements of the 7th gen Camaro ZL1.

“I wouldn’t say it’s changed anything for me relative to the 500. But now driving the car and getting a sense of it to work through some minor changes that we were allowed through the testing procedure, … for myself it was good just to get back in one of these cars and go through the steps,” Jimmie Johnson said.

“Hopefully, it can apply far and wide,” Johnson said. “I don’t think what I learned here today will carry over to Daytona. … That’s an animal of its own. But today was a good track. And a good day for me in the car,” Jimmie Johnson added.