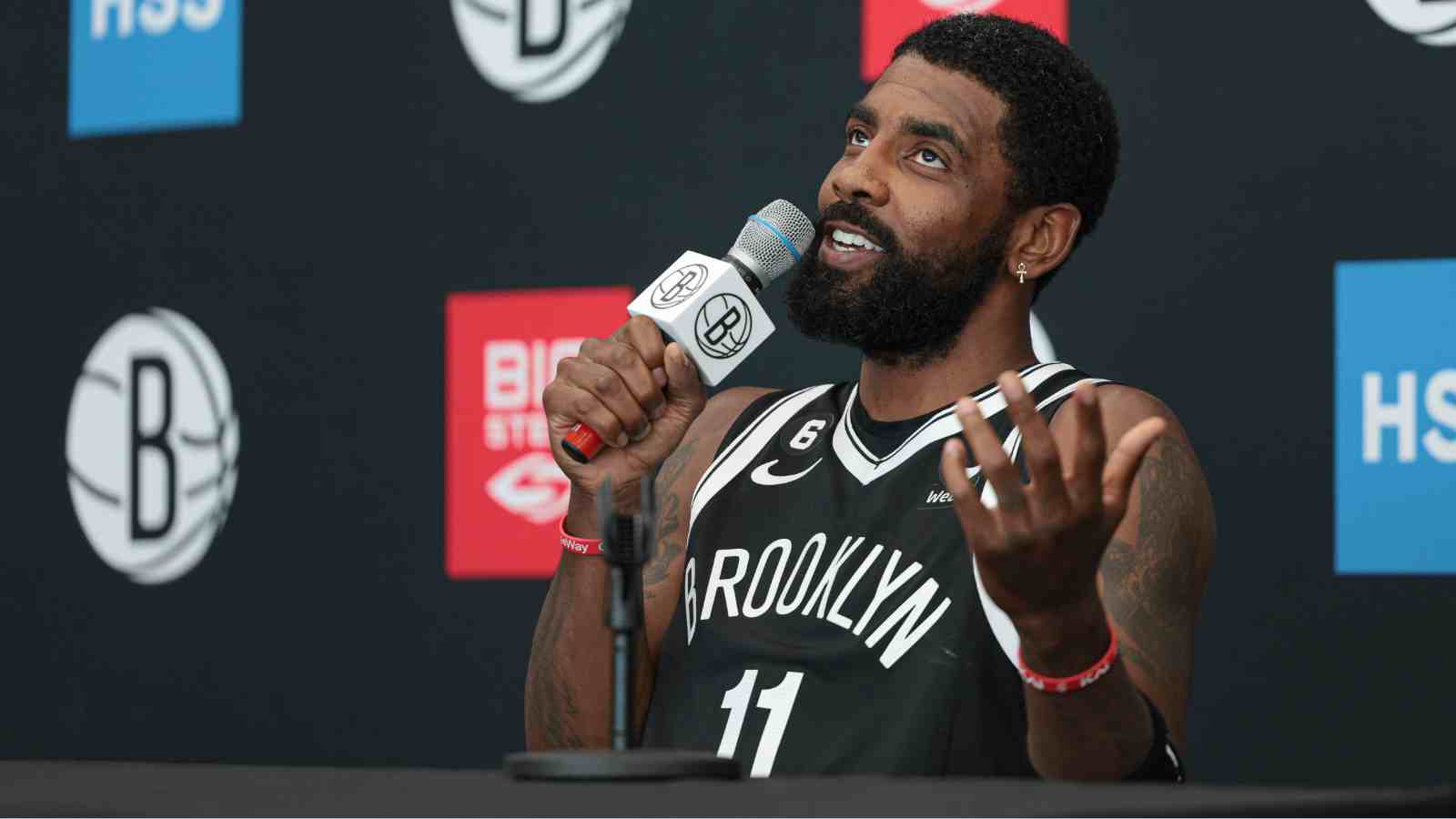 The Brooklyn Nets were unable to get a win against the Washington Wizards, and Kyrie Irving was not pleased with his performance on the defensive end of the court. In a postgame interview, Irving heavily trolled himself for his lack of defensive ability. His self-deprecating comments have since gone viral, and it appears that Irving is taking responsibility for his defensive performance.

Let’s take a look at the details of the game and discuss Kyrie’s honest and humorous comments about his defense. In the game, Kyrie was quite lackadaisical on defense, and the opposing guards Russell Westbrook and Bradley Beal dropped a combined total of 78 on his head. Kyrie after the game was self-aware of this defensive performance. In the post-game media conference he said, “I couldn’t guard a stick today. We just have to take it on the chin and keep moving.”

The Wizards managed to beat the then-newly formed Brooklyn Nets superteam. This game took place shortly after the Nets made the blockbuster trade to acquire James Harden from Houston. Everyone was questioning the team’s defensive capabilities and whether they would be good enough on that end to satisfy the massive title expectations a team with Kevin Durant, Kyrie Irving and James Harden would understandably have on their shoulders.

This comment is of course very old, a lot has changed since then. The Brooklyn Nets no longer have James Harden and instead, have Ben Simmons. Russell Westbrook has since left Washington for the sun of Los Angeles and a lot has changed around the NBA. That Nets roster was not able to win a title but the current Nets led by KD and Kyrie are looking like the best team in the NBA having won 18 of their last 20 games.

Related: Is Kyrie Irving bad on defense because of physical limitations or effort?

Looking back on the KD/Kyrie/Harden Brooklyn Nets

14th January 2021. The day the NBA world, except fans of the Brooklyn Nets, despaired at the formation of another superteam. Some even said, a superteam more powerful offensively than the KD Warriors. This of course was the day the Brooklyn Nets acquired James Harden in a trade from the Houston Rockets and paired him up with Kevin Durant and Kyrie Irving. Three of the best offensive players to ever play the game, on the same team. There was no way this team wouldn’t run the East for years to come, right?

Fast forward to ~400 days later. On February 10th, 2022, after numerous injury issues and off-court controversy and drama, James Harden was on the move again as he headed to Philadelphia in a trade centered around him and Ben Simmons. The big 3 of Irving, Durant and Harden only played 16 games together. Their record in those 16 games? 13-3 (8-2 in the regular season; 5-1 in the playoffs).

One can’t help but ask “what could’ve been?” when they look back on these Nets. Perhaps the greatest blend of offensive talent ever assembled on the same team together, destroyed by injuries and off-court issues. But when they played together, they dazzled with an offensive rating of 119.6 in the regular season and one of 135.4(!!!) in the playoffs. With those numbers in the small sample size, it’s safe to say that the KD-Kyrie-Harden Brooklyn Nets are the biggest ‘what if?’ in NBA history.

Why is Kyrie Irving called Uncle Drew? How he got this nickname?