“Hawks have invested too much in him,” Former Atlanta star tells Trae Young to become ‘mature’ after missing a game due to beef with Nate McMillan 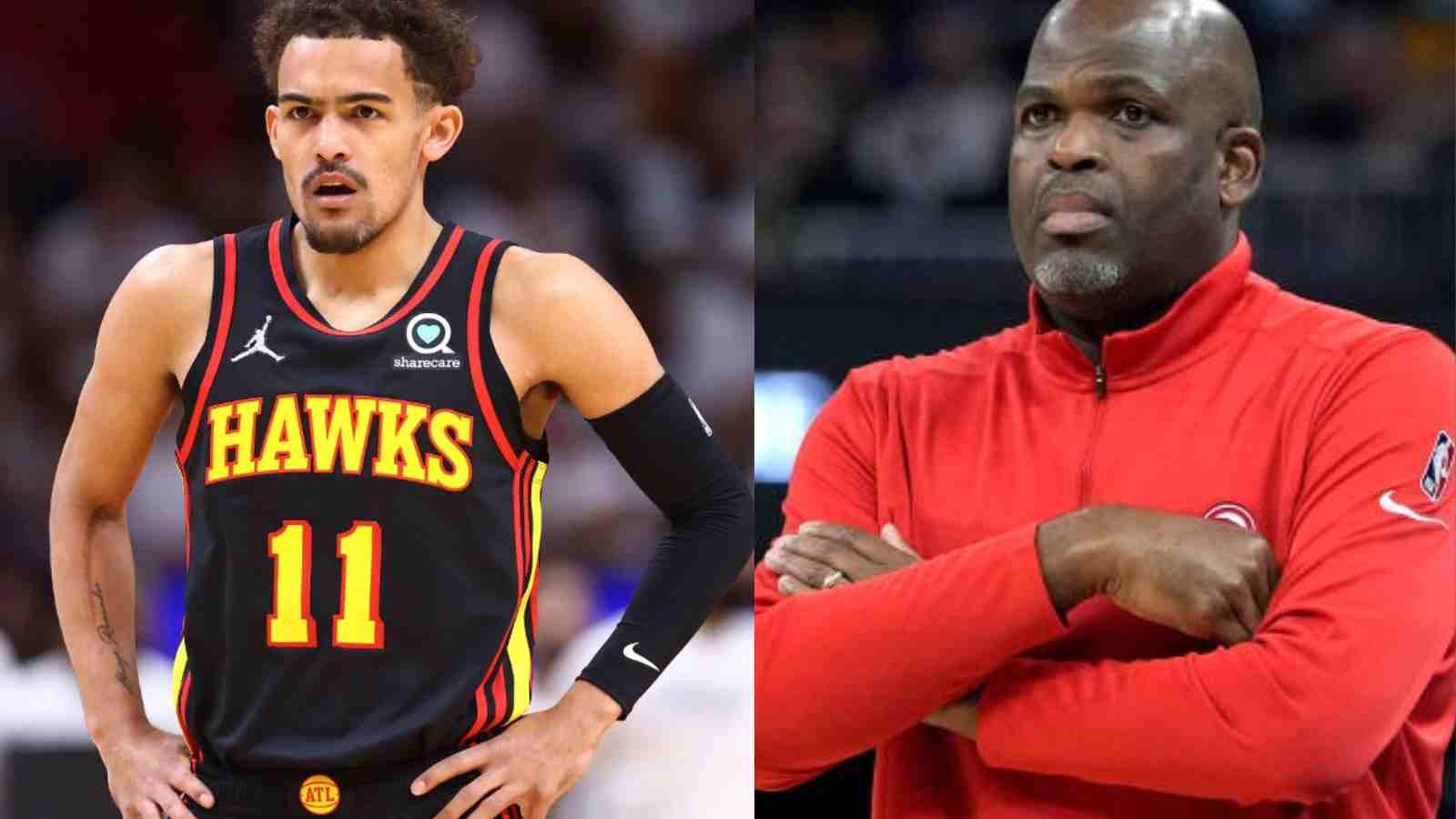 Atlanta Hawks star Trae Young did not play in the Hawks’ win against the Denver Nuggets due to the shoulder injury that he has been dealing with this season. However, according to NBA insider Shams Charania and Sam Amick of The Athletic, there is more to know about Young’s absence from the team. Since it was a home game for the Hawks and Trae didn’t show up, it obviously draws speculation.

As per Charania and Amick, the Hawks star didn’t attend the Hawks game on Friday because of a disagreement with his head coach Nate McMillan. Reportedly, the 24-years old was getting treatment on his right shoulder and was asked whether he would participate in the shoot around and play against the Nuggets. Trae made it clear to his head coach that he wanted to skip shoot around and instead focus on his treatment.

Regarding his decision to play on Friday night, he said he would confirm later. The Hawks’ head coach did not approve of this plan and instead gave the 2 x All-Star two options; Young could either play off the bench or he does not show up in the arena. Young’s absence from the bench and the arena was clearly indicative of his choice.

Former Atlanta Hawks star Chandler Parsons believes that such behavior from Young is immature and does not justify the trust that the Hawks have in him. “He can’t do this. [The Hawks] have invested way too much in him, they’ve given him the keys… Trae’s gotta mature a little bit,” he said. It is true that being the team’s leader, Young’s behavior could have a ripple effect on the team, which isn’t good for their chemistry.

Since Trae didn’t elect to show up in the arena, the Hawks ruled him out of the game citing right shoulder soreness. However, when McMillan was asked about his guard’s absence on Sunday, he said it was due to a “miscommunication.” Trae has returned to the practice on Sunday and will start Monday against the Thunder.

Trae Young’s sour relationship with Nate McMillan is nothing new

Reportedly the disagreements and the tension between the star player and the head coach is not a new development. Several team meetings have been called in the past to resolve issues between them. Former Hawks coach Lloyd Pierce was also allegedly fired in the 2020-21 season due to his odd relationship with Young.

Since acquiring Young in the 2018 draft pick the Hawks have tried to use his abilities with the ball to maximize their team’s production. Rightfully so, Young has not disappointed so far. In the 2020-21 season Hawks had a successful season with a 41-31 record in the regular season. They reached the Western Conference Finals but fell to the Milwaukee Bucks.

After their appearance in the Conference Finals, then interim head coach, McMillan signed a four-year contract to become the full-time head coach for the Hawks. Young also signed a five-year, $207 million contract extension with the Hawks the next summer. The Hawks have a good record in the East and currently sit in 4th spot in the conference. Both Young and McMillan need to figure out a way to find common ground and become productive again.