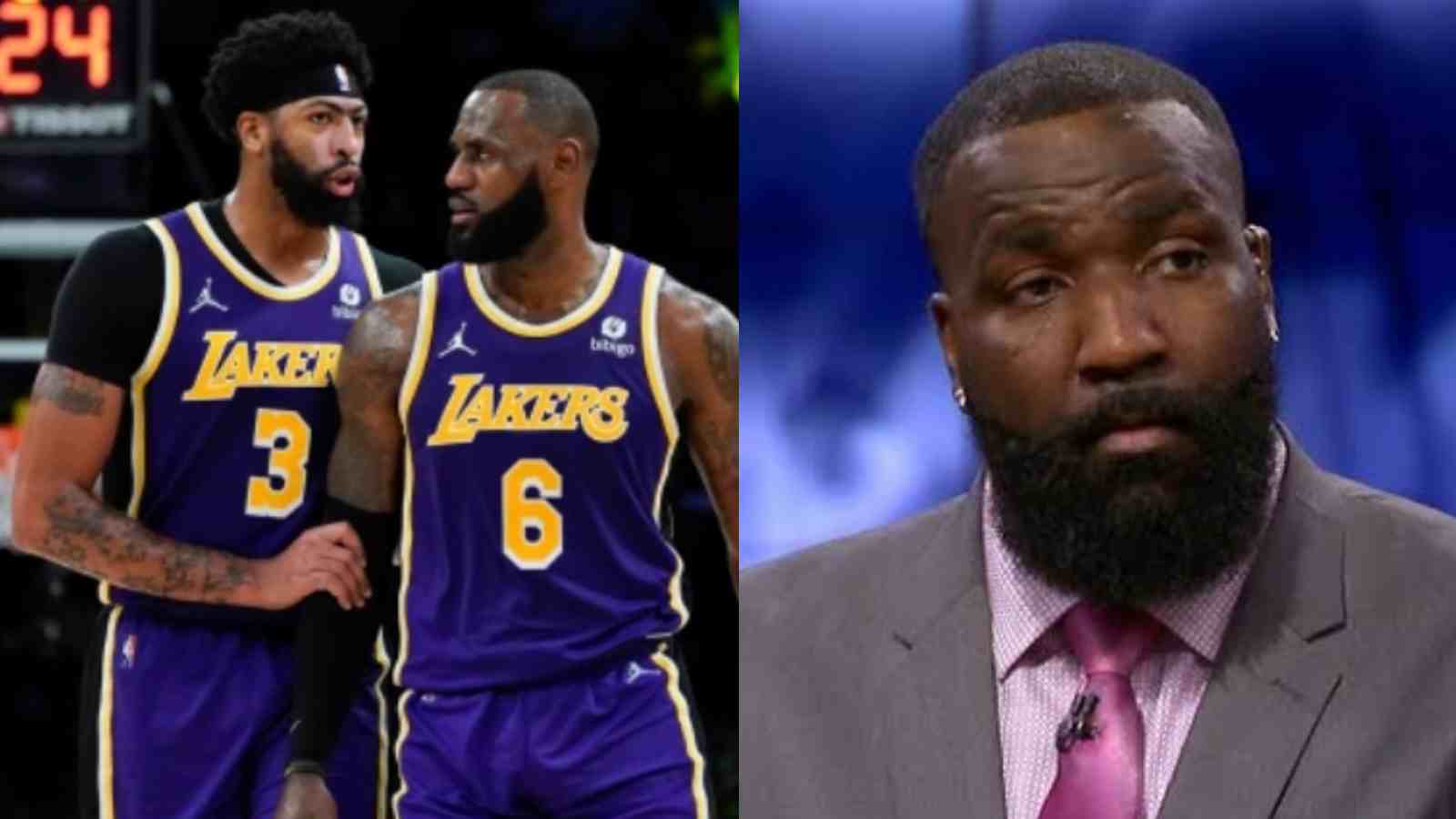 Kendrick Perkins is back in the NBA headlines and the reason is again a spicy take from his end. This time on the receiving side we have the Los Angeles Lakers, especially the two superstars of the team, Anthony Davis and LeBron James. Like everyone else around the league, even Kendrick Perkins is disappointed with the Los Angeles Lakers. But the analyst stood out and taking a step ahead said out loud something many around know but don’t want to ride with via his Twitter handle.

The Utah Jazz recently hosted the Los Angeles Lakers at Vivint Smart Home Arena. Where they handed out another loss to the Hollywood-based team. The Lakers fell short against the Jazz at 139-116. LeBron James sat out due to left foot soreness and now the team maintains a losing record of 2-8. The Jazz took over the game since the very first minute and had their rivals speechless. After, the game ended Kendrick Perkins tweeted his views regarding the future of the struggling franchise.

In the tweet, Kendrick Perkins wrote: “Lebron and AD chances on winning another Championship together in a Lakers uniform is over!!! Might be time for Rob Pelinka to make some decisions and start building for the future. Carry the hell on…” This tweet by Big Perk can either go very wrong or be an eye-opener for the Lakers Nation and the team’s front office. As he has directly called out the General Manager Rob Pelinka.

Kendrick Perkins is not wrong with his take. As the Los Angeles Lakers and all their superstars just disappear in the second half and aren’t able to do anything to bag a dub. They are just disappointing at the end of a game and honestly, it’s not just on the players but the front office too. As the current roster looks like a younger version of what they had last year when they didn’t even make it to the play-in tournament.

The duo of Anthony Davis and LeBron James has already won one championship. And, maybe Kendrick Perkins is right when he says “the chances are over.” As LeBron James isn’t enough to carry the Lakers across. Also, Anthony Davis isn’t the guy the Lakers want as he isn’t someone who can lead a team from the front. He is also injury prone and has been very limited on the offensive end in the past matches.

Also Read: “4 more steps he’d been in the locker room…” Fans call out blind referees for counting Scottie Barnes’ nasty dunk where he TRAVELED to…

Should the Los Angeles Lakers give up on the duo of LeBron James and Anthony Davis and consider Kendrick Perkins’ advice?

It’s high time for the Los Angeles Lakers and something has to be done. Now they can’t even scapegoat Russell Westbrook as he’s getting MVP chants from the fans. The franchise genuinely has to bring in some big-time changes. They can either give up on their future draft picks and some players and build around Anthony Davis and LeBron James to have a good chance at the title. And, if they don’t want to do that, the other option is riding with Kendrick Perkins’ advice.

Kendrick Perkins wants the Lakers to start building for the future. As their current roster isn’t something they should be worried about. They are just wasting some good years of LeBron James, Anthony Davis and Russell Westbrook. The team has made no major improvements and maybe it’s time to move on. And, trade rumors regarding Anthony Davis are already out in the air.

But let’s not forget that the Big Three of the Los Angeles Lakers are very capable superstars and have the ability to get the job done. If the team can keep them together and they make major improvements in the near future. The Hollywood-based franchise will soon be in contender conversation. But that’s not that easy as the Lakers right now are bad in all aspects of the ball game from defense to floor spacing and especially the shooting skills. Perk can be very right with his take but no franchise would like to give up on stars like Bron and AD.

Also Read: “Jay Z rapped about it, but Meek actually did it” American rapper Meek Mill trips the referee during Philadelphia 76ers game against Suns