Let's have a look at the Cardinals star WR, DeAndre Hopkins' life stats. 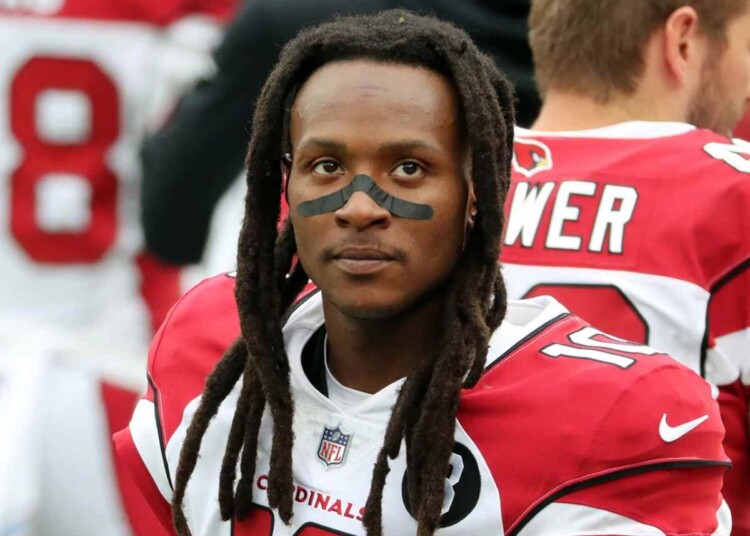 DeAndre Hopkins is a celebrated name in the NFL arena with outstanding records. The five times Pro Bowler has shown the best stats in the league and is also named to the All-Pro team five times.

The American football WR has its roots in Clemson. Hopkins spent his early years in Daniel High School playing football, and basketball and even ran track and field making him a complete sports package. Football sport interested DeAndre Hopkins and he subsequently played for the school’s football team, leading them to South Carolina State Championship.

His astounding on-field image made him the 12th-best WR in the nation according to the ranks given by various organizations. He moved out of high school and joined Clemson University where he played for two years for the team. For his performances, he was given a spot on the First team All ACC before his draft.

Hopkins later declared to enter the NFL draft and left the final year of the University. The Houston Texans eyed the talented player and opted for him as the 27th overall pick in the 2013 NFL draft. He signed a 4-year rookie deal for the team and made a debut against the San Diago Chargers earning 5 receptions for 55 yards in that game.

Later he was upgraded to the starting WR position and remained so all along the seasons till his contract lasted. Texans traded Hopkins to the Arizona Cardinals in 2020 for a two-year term. The news of his transfer to a new team is currently buzzing, with multiple franchises showing interest in the talented WR.

Net Worth of DeAndre Hopkins

The WR has heavily loaded his bag with so many signed brand deals and endorsements that have made his wealth huge. All the luxury and style are added from some noted brands like Burberry, OARS + ALPS (Men’s Skincare), Therabody, Biosteel, Bridgestone Tires, Super Coffee, Buzzer, John Elliott, Olipop, Whatnot Community Marketplace (App), and Verizon.

Does DeAndre Hopkins have a charity?

Yes, DeAndre Hopkins has invested a good amount of time and donations to the social causes that need attention. With so much earned on and off the field, he is generously doing it for the people and creating donation platforms for the needy.

The Boys and Girls Club of America, S.M.O.O.T.H (Speaking Mentally Outwardly Opening Opportunities Towards Healing), Houston Children’s Charity, AVDA-Aid (Aid to Victims of Domestic Abuse, Inc.), and We Run As One are some platforms where Hopkins has done his part religiously.

Hopkins has so much to celebrate and the contracts have filled him up pretty well to buy himself the luxe mansion of his dreams with all the 5-star amenities. It’s a posh desert mansion in Paradise Valley, Arizona brilliantly built with fine interiors having a worth of $5 million.

The highlight of the mansion is the design which was inspired by Pritzker Prize-Winning Architect, Glenn Murcut who has given some of the best innovative designs all along his winning career. Its six-bedroom and 7-bath custom estate is spread across 12,000 Sq ft with lush greenery and a beautiful lap pool in the backyard.

Breanna Young is a name that strikes thinking of Hopkins’ romantic affair. The two have been dating for a long time according to the reports. She is a brilliant woman with striking features that attracted WR’s heart.

Young is a licensed pilot and flies charter planes for a living apart from being DeAndre Hopkin’s girlfriend. She has her own identity on social media too and is also a mother to former NFL WR Josh Stewart’s son. Currently, she is living her best life in all styles and luxuries with Hopkins, creating lifetime moments with him.

WATCH: Joe Rogan was dumbstruck to find out the reason behind Max Holloway’s striking technique

Positive update on The Rock’s plans for WrestleMania 40