Jordan Davis has many seasons to play ahead of him. Check out all you need to know more about the DT. 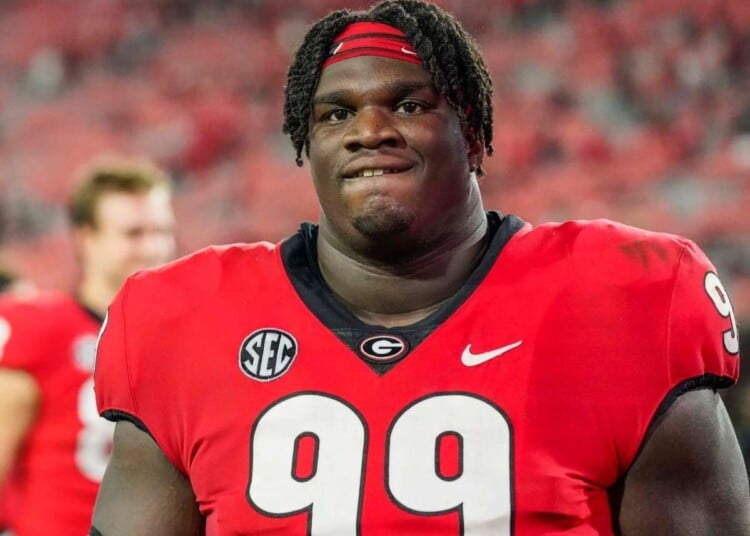 The defensive tackle, Jordan Davis, plays for the Philadelphia Eagles and was drafted by the team in the 2022 NFL draft. He came a long way from playing for the college football team to playing for the league and earned noted titles his way.

His early years were in North Carolina where he grew up and attended his high school, where he played basketball. Davis later got transferred to another school where he started playing football with all renewed focus.

Coming out of high school, he decided to commit to playing football for Georgia College. He was offered to play for Clemson and Florida as well. His dedication in the game named him to the SEC All-Freshman team, where he recorded 25 tackles as a true freshman.

While the pandemic shortened his playing season, Davis was able to lead his team to a win in the 2021 Peach Bowl with 16 tackles and a sack. He played the remaining season well, gaining more on-field experience before entering the prestigious NFL draft.

In the 2022 NFL Combine, he became the third player of over 330 pounds to run a 40-yard dash in under five seconds. Davis was selected by the Philadelphia Eagles as the 13th overall pick, where he signed a 4-year rookie contract. He was activated on December 3, 2022, after being placed on an injured reserve list.

Related: “Do you give him massage too”- Deshaun Watson’s girlfriend gets ROASTED on social media after her ‘staged’ post about the Browns QB goes viral

Net Worth of Jordan Davis

Jordan Davis has a net worth of $17 million. He crowned himself with such figures after he signed his first professional contract with the Eagles. They signed Davis in $17,009,278 which also includes his signing bonus of $9,550,384 and a guaranteed sum of $4,252,320.

Few brand deals and endorsements are signed by Davis, making him more popular. EA Madden NFL, Got Milk, Morgan & Morgan, and Head & Shoulders are a few names that paid Davis for his association.

Does Jordan Davis have a charity?

Yes, Davis is secretly involved in doing good deeds without any media around him. He has been part of Morgan & Morgan’s charity work “For the People” where he does as needed without letting it out in the world.

Davis is a native of North Carolina and is been living with his family and brothers. He is raised by a single mother and has yet to create a mansion of his own. The data of any other properties owned is still unknown.

The player is not in any relationship and is currently single. There is no back-date history of him having dated any women. Davis has ahead of him his NFL future and is devoted to creating his best name and fame.

Related: “He was sensational,” Shannon Sharpe heaps praise for Bengals’ Joe Burrow after dominating performance against the Bills

Related: “I know exactly who did it,” Eagles safety CJ Gardner-Johnson’s car STOLEN during playoff victory against Giants