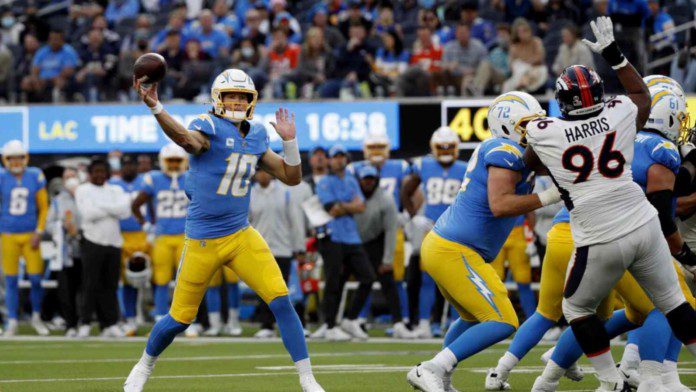 After an excellent rookie season in 2020, the young quarterback has continued his dream run this year as well breaking the record for most touchdown passes for the Los Angeles Chargers in a single season. The record stood for over 12 years, belonging to Philip Rivers who had achieved it in 2008.

Justin Herbert broke a 12-year old record for the Chargers

Coming into this week’s fixture against the Broncos, 1 pass short of the record, the 23-year old made a whopping pass to eventually make the record in the final quarter of the match. Justin Herbert put in a beautiful long ball to Mike Williams, who dived ahead of the Broncos defenders to score the touchdown and let in his teammate on the record.

The interesting thing about the record is the fact that Herbert has achieved it in only 16 games, and can potentially add to it in the upcoming matches this season.

Herbert did not seem to be overwhelmed after achieving the record and was pretty modest on his assessment of his record-breaking performance. “I thought it was just a big play for us, especially at that time during the game,” Herbert said.

“The corner kind of sat on him, Mike released inside on him, got to his landmark, got enough width on it, and made a great catch. For us to be able to go down there and score as quickly as we did, I thought it was huge for our team.” 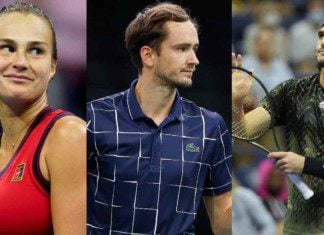