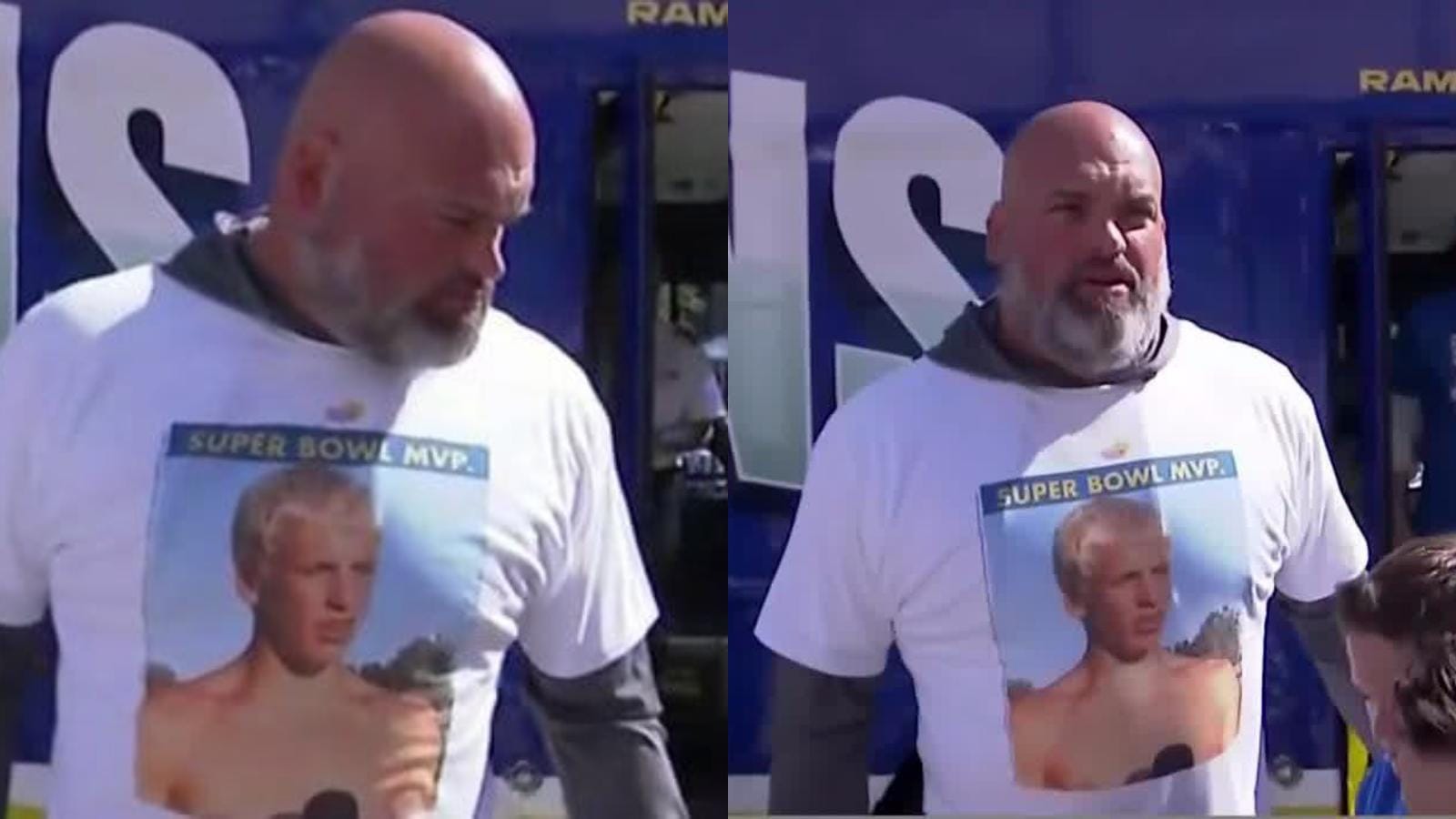 According to reports it has been found that the image of Cooper Kupp is from his high school playing days. The victory parade took place on an open-top bus at Exposition Park.

However, the interesting factor here is that the t-shirt was brought by Andrew Whitworth in the first place. In fact, he got it from a fan at the parade who threw it at him.

“This shirt right here is a little young Cooper Kupp,” said Whitworth. “Somebody threw it to me on the parade. I had to put it on.”

It has now been revealed that this mysterious fan is called John Wolfe. Wolfe is a student at the Columbia Business School and made the t-shirt. He owns a company called Shirtfaced which makes such custom made shirts.

“I threw literally the last shirt I had on the fourth try and it landed near him on the roof of the vehicle and he picked it up,” said Wolfe.

“Near that final right-hand turn at the end of the parade, Whitworth saw me and called for a shirt,” Wolfe said. “I was down to four shirts left. I threw three shirts one after another but they all came up short and ended up on the ground.

“(The) crowd was getting too big, so I wasn’t as close to the street. I threw literally the last shirt I had on the fourth try and it landed near him on the roof of the vehicle and he picked it up.”