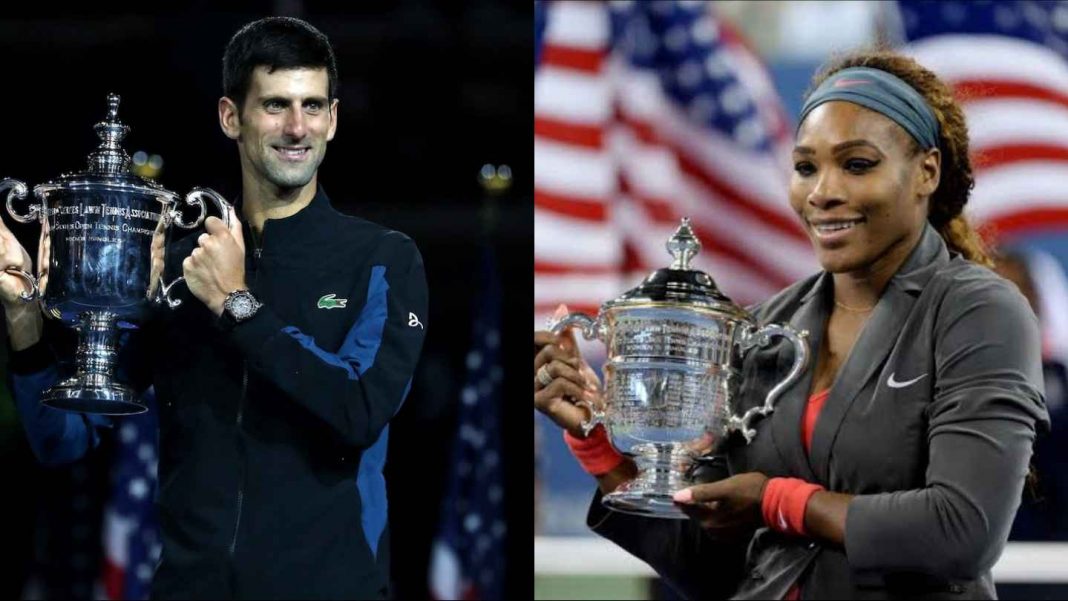 The main draw for men’s and women’s singles for the 2020 US Open were announced on Tuesday.

World No. 1 Novak Djokovic and 23-time Grand Slam winner Serena Williams headline the event. There are also notable absentees in World No. 4 Roger Federer, World No. 2 and defending champion Rafael Nadal and World No. 1 Ashleigh Barty.

World No. 1 Novak Djokovic headlines the initial men’s singles entry list for the 2020 US Open. Djokovic, a three-time champion at the Flushing Meadows, leads an entry list that includes seven of the world’s top 10 men. Joining Novak Djokovic among the Top 10 men are:

Federer is out of the tournament after undergoing a right knee procedure. Nadal has opted not to defend his title due to travel concerns amid the coronavirus pandemic.

Sumit Nagal, ranked No. 127, is the last man to receive direct entry into the field of 128. The ATP rankings as of Aug. 3 was used to determine the US Open main-draw entry list.

Thirteen Grand Slam singles champions and nine of the Top 10 women in the world headline the initial women’s singles entry list for the 2020 US Open. The field is led by

World No. 1 Australian Ash Barty has opted out due to traveling concerns during the coronavirus pandemic. Eight additional Grand Slam champions are entered into the field, including:

WTA No. 127 Lizette Cabrera is the last player to receive direct entry into the women’s singles field. The WTA rankings as of August 3 were used to determine the US Open main-draw entry list.