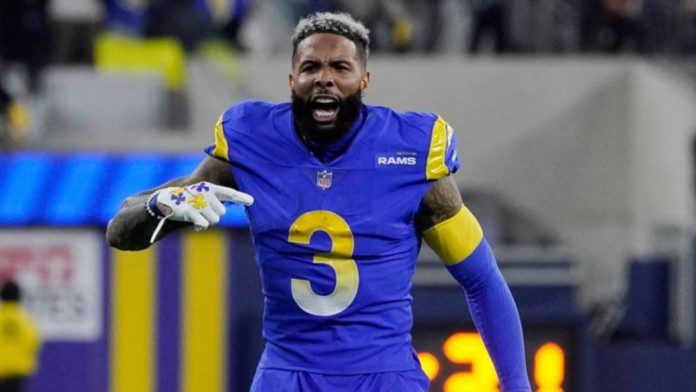 Odell Beckham Jr’s exceptional performances seem to have put him under the spotlight, not just from the fans and players, but also from the NFL. The wide receiver’s brilliance on the park, helped the LA Rams come out with a massive 34-11 victory over the Arizona Cardinals in the wild card playoff encounter.

OBJ continued his hot streak of form for the Rams, as he clocked 54 passing yards, while also making a 40-yard pass which eventually led to a TD for the Rams. However, all of this seems to have grabbed him, unwanted attention as he was called in for a drug test by the NFL after the fixture against the Cardinals.

Odell Beckham Jr revealed the news on his official Twitter account by posting a screenshot of a text message from a league employee informing him of a surprise drug test with the caption “vs. how it’s going.”

“I got you scheduled for a PES test at the facility today. I’ll be set up next to the cafeteria, thanks,” the message from one of the NFL authorities read. Beckham scrapped out the sender’s name and number.

The post also had a series of crying emoticons, over the message, showing how disappointed he was to go in for the drug test. Odell Beckham Jr also gave the indication that the number of drug tests assigned to him has increased ever since he joined the Los Angeles Rams this year.

Replying to a fan the WR wrote, “Lolololol bro it’s been for the last 3 years ….. obviously more since I been a Ram.”

OBJ will hope to keep these things aside when he next takes the pitch for the Rams in their divisional fixture against the Tampa Bay Buccaneers this weekend.

Rishika Saha - May 13, 2022
Sebastian Vettel, a four-time Formula One world champion, showed up on the British television show Question Time on Thursday evening to debate a variety...