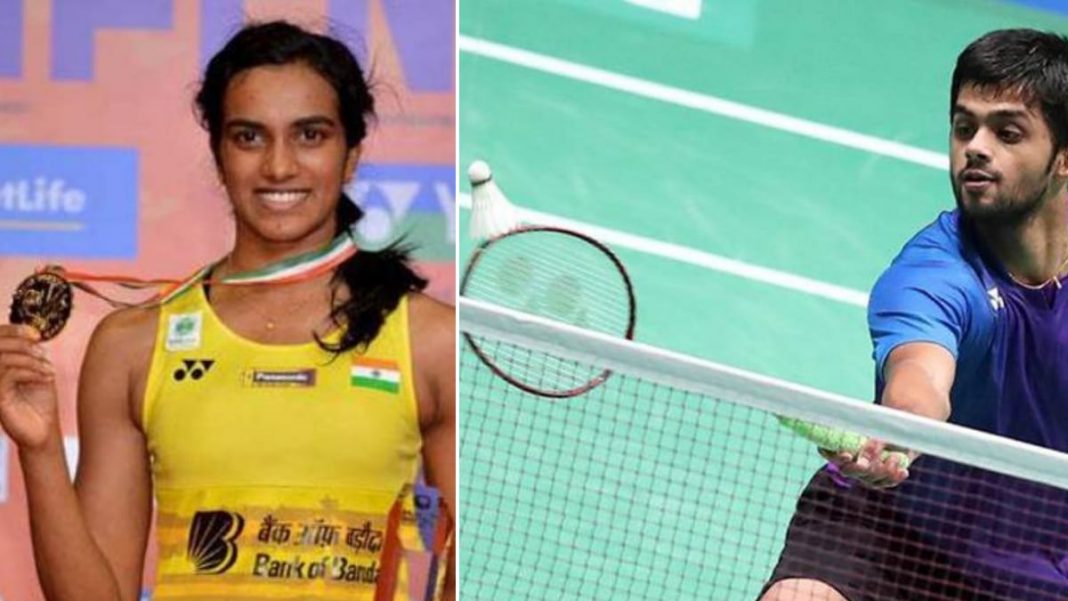 The Sports Authority of India (SAI) decided to resume the national badminton camp for ‘eight’ Olympic hopefuls, following Telangana’s government’s approval on the 1st of August.

Across the globe with even the Tokyo Olympics being pushed to next year, the Indian shuttlers have been confined to their homes since March when the Covid-19 pandemic halted all sports, including badminton.

Almost after ending a four-month-long coronavirus-forced hiatus, on Friday, under strict safety protocols [at the SAI Pullela Gopichand Badminton Academy in Hyderabad] World Champion PV Sindhu, along with B Sai Praneeth and N Sikki Reddy, have started training.

While the others, who had gone to their respective homes in March, are yet to return to the city. However, Saina, who is based in Hyderabad, was the first one to train with Gopi and foreign coach Park Tae-Sang separately.

“I am very happy to have our elite shuttlers back for on-field training after this long break. We are fully equipped to resume training in a safe environment,” chief national coach Pullela Gopichand said.

“Sindhu trained today from 6:30 am to 8:30 am. Gopi and Park were also present. She will be training every day at the same time this week. In the evening, she will have her fitness training at Suchitra academy for agility and endurance,” the Rio Olympics silver medallist’s father, PV Ramana told PTI.

“She has been training at home so physically she is in good shape but there are no tournaments till October, so she can afford to go easy, no point exerting too much. We have to be careful.” He added.

After Sindhu, Praneeth and Sikki also trained at the academy from 8:30 to 10:30 am. World No.13 said, “It was good to finally get to train after a long time. I started around 8:30-45am. Gopi sir and new coach Agus Dwi Santoso and a couple of feeders were there. All protocols like sanitizing, thermal gun, and oximeter were in place.”

Earlier, the Badminton Association of India planned to conduct the national camp in Hyderabad from July 1 but didn’t get a green signal from the state government.

“It was a good session but it was tiring also. Everyone was just so happy to resume things. There was just me, coach Namrih Suroto and a couple of Indonesians for sparring. So the idea is to go slow and steady,” N Sikki Reddy said it was tiring to hit the courts after such a long break.

Asked about her women’s doubles partner Ashwini Ponnappa, Sikki said, “There is no point for her to come now as there is no clarity about tournaments and also quarantine rules. Things will take some time, maybe couple of weeks. Let’s see how it goes as even one case will set us back.”

“When we arrived at the academy, it was not our regular entrance. There were different zones, so no physical contact. Even our shuttles are separate, each player was given two barrels of shuttles to use. I am very happy with the arrangements, just hope I get a few more players to train with,” Sikki said.

Drawn up by SAI the training is being conducted in keeping with the guidelines of the Ministry of Health and the Standard Operating Procedure (SOP), alongside the state government’s regulations.

The BWF had earlier frozen the world rankings and made the standings on March 17 the basis for entry and seedings on the resumption of the calendar.