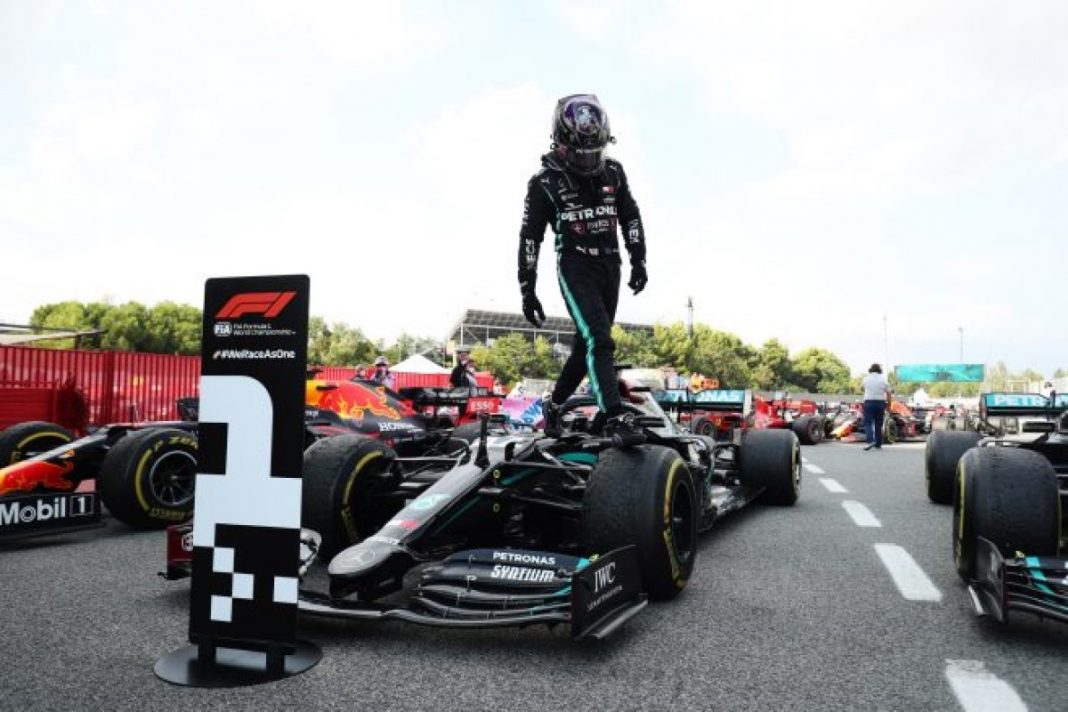 Lewis Hamilton’s Mercedes implemented a near perfect race at the Spanish GP, as he lead every lap of the race from start to finish as he took his record straight 5th win at the Circuit De Barcelona Catalunya.

Red Bull’s Verstappen coming home ahead of the Mercedes of Valtteri Bottas.

Hamilton had a very strong with him as Bottas dropped from P2 to P4 off the straight, before eventually recovering to P3.

While Verstappen jumped to P2 at lights out, but ultimately wasn’t able to make any amends to Hamilton’s lead, as he finished 24s apart.

Racing Point’s Perez crossed the line in P4 but dropped to P5 thanks to a 5s penalty for ignoring blue flags, allowing Lance Stroll to claim P4.

Perez eventually slotted into fifth, ahead of the McLaren’s Sainz who maintained his 100% record of finishing in the top 10 at his home race.

Ferrari’s Vettel benefited from a late decision to switch him onto a one-stop strategy to come home in P7.

Red Bull’s Albon was hurt by having had to switch early to hard compounds, while AlphaTauri’s Gasly finished. McLaren’s Norris rounded out the top 10.

Ferrari’s Charles Leclerc was the only driver to retire from the race as he suffered an electrical issue at the halfway point Turn 15, before eventually boxing.