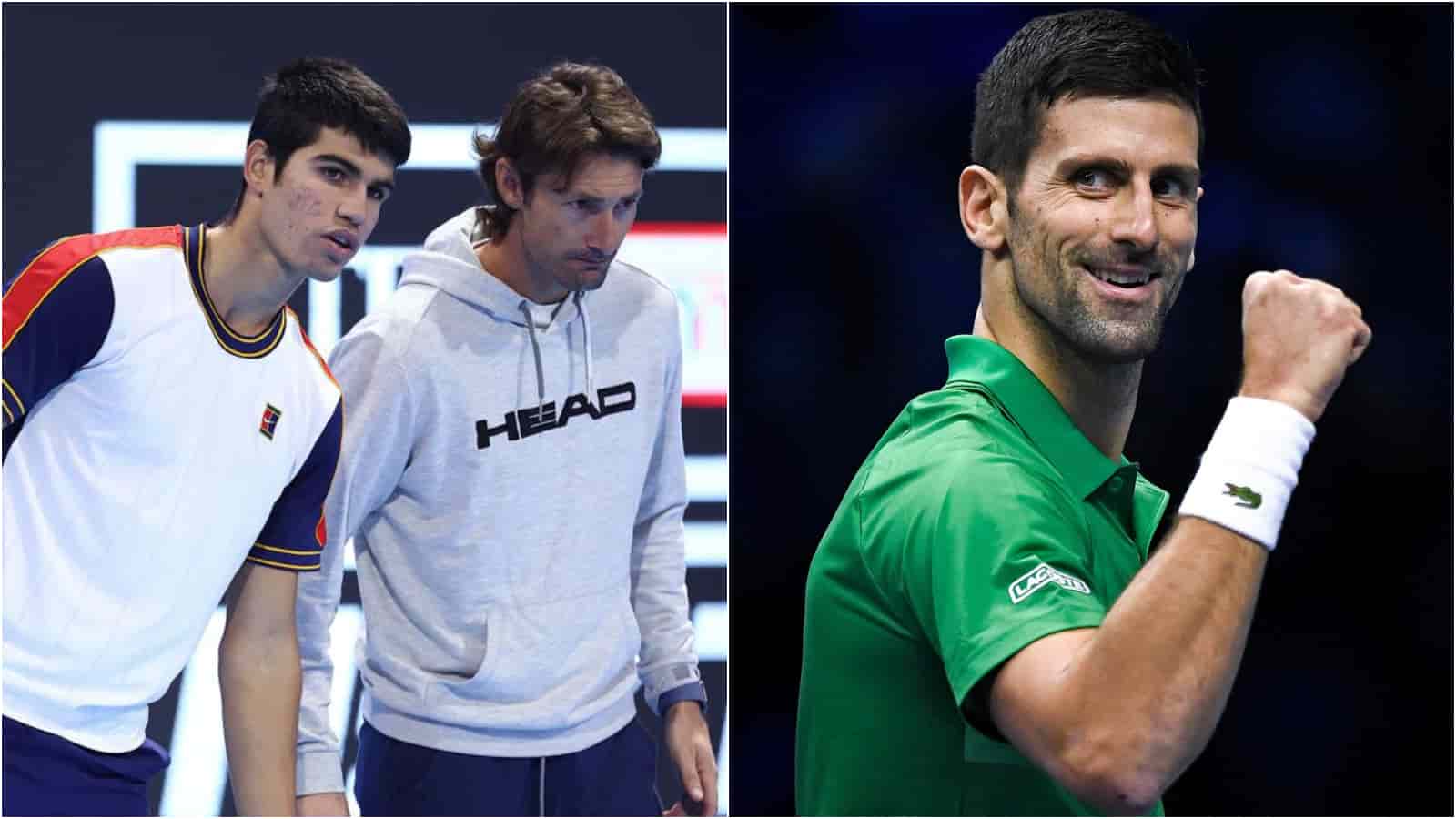 Carlos Alcaraz had an anti-climatic ending to his highly successful season. An untimely injury in the semi-finals of the 2022 Paris Masters meant Alcaraz had to withdraw from the 2022 ATP Finals where he was about to make his tournament debut. Despite this, it was a brilliant season for Alcaraz.

The teenager went on to win the 2022 US Open, his first Grand Slam title, and became the youngest World No. 1 ever on the ATP Tour. He also won two Masters-1000 titles, in Miami and Madrid. With 5 titles to his name, Alcaraz finished the year as the joint-most successful winner on the Tour.

The World No. 1 had an abdominal injury that forced him to withdraw mid-match against Holger Rune in rather controversial circumstances. The injury then kept him out of the year-end championships and concerns have been raised about whether he can start the season in Australia completely fit.

For Alcaraz’s coach Juan Carlos Ferrero, there stands a different concern. With Rafael Nadal and Novak Djokovic seemingly in the advanced stages of their careers, Ferrero hopes the duo continues to play as it will help Alcaraz. He specially mentioned Djokovic who was absent from 2 majors this year due to his vaccination stance and missed out on quite a lot of action.

“We need him. I think for Carlos to improve his tennis he needs to play against one of the best in the history. Of course, Rafa [Nadal] is there to play against him and Novak, we need him. In Madrid, Carlos played against Novak and he increased his level to try to win the match, so that’s what we need, to play in the Slams against him, I think it’s very important for Carlos to improve,” said Ferrero speaking with Eurosport UK.

With Djokovic choosing to stay away from the Covid-19 vaccine, he was not allowed to play in the 2022 Australian Open and the 2022 US Open along with other events in the region. However, post the Laver Cup, Djokovic lost only 1 match, the finals of the Paris Masters to Rune.

“I think after the US Open, which he couldn’t play, he was very focused to show himself that he is able to win almost everything that he played, we saw again that he’s able to do it. He presented himself to all the players that he’s going to be there and that he has the possibility to play in Australia, I think he’s very happy about it and I think the rest of the players as well.

“Carlos and I were talking about that we’re happy to see Novak there because if you want to win the Australian Open you have to win against the best, and of course, it’s good news. But of course, it didn’t surprise me at all that he won in Turin,” added Ferrero.

Alcaraz and Djokovic have met only once, the semi-final meeting at this year’s Madrid Masters. Defeating Djokovic, Alcaraz became the first man ever to defeat Nadal and Djokovic in the same claycourt event as he clinched the title. While Djokovic was still returning to the Tour after a forced hiatus, their battles next season will be ones to look for.