Choosing Jannik Sinner as the Most Disappointing Player of the Year was not welcomed well by the tennis fans. 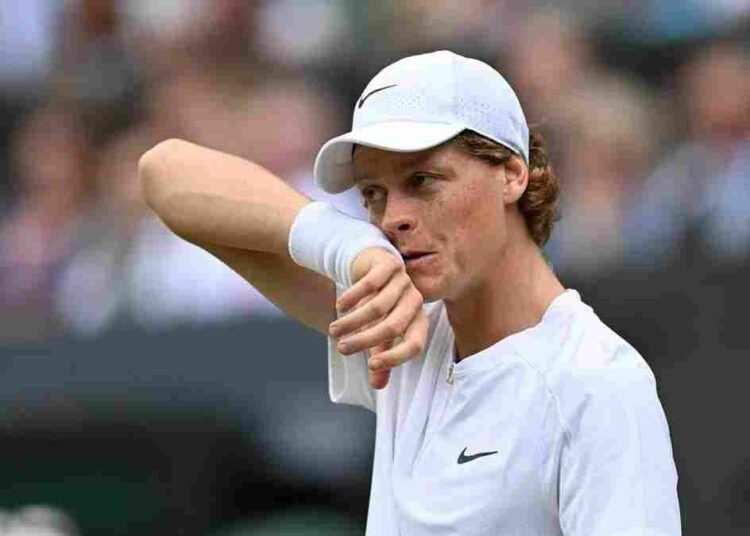 Despite being the first player born in the 2000s to reach at least the quarter-final of each slam, Italian World No.15 Jannik Sinner has been chosen as the Most Disappointing player of the Year by L’Equipe, French Daily. The fans went crazy over this all over social media as they were not able to find any proper reason for placing the Italian even above the former US Open winner Emma Raducanu who had one of the worst seasons.

In the list, Frenchmen Gael Monfils and Ugo Humbert are in the second and third positions. On the women’s side, Emma Raducanu topped and was followed by Naomi Osaka. The details on how the ranking was made by the French daily were not mentioned.

Jannik Sinner had made at least quarter-finals of each slam this year except in the French Open where he lost in the 4th round. Considering the good show and his epic encounters with respective champions Novak Djokovic and Carlos Alcaraz in the Wimbledon and US Open quarter-finals this year, the Italian is nowhere in the Most Disappointing player of the season statistically. Even his match against Alcaraz in the US Open is considered to be one of the greatest matches of the season.

The tennis fans in Twitter are furious. Some even called the French Daily “shameful” for placing the Italian on the list. Many were pointing out the statistics of the Italian as a reply tweet.

Related: “It’s not just about lifting trophies,” Jannik Sinner’s manager reveals what qualities of the Italian make him a ‘blessing’ for marketers

The ‘kids’ born after the 2000s have been taking tennis to the next level. The recent performances of young guns like Carlos Alcaraz, Felix Auger-Aliassime, Jannik Sinner, and Holger Rune are all pieces of evidence for this. Alcaraz has already won his maiden Grand Slam with his incredible US Open 2022 run.

Sinner vs Alcaraz US open 2022 Quarter Finals was one of the most thrilling matches ever in the history of tennis as the youngsters battled out for a whopping 5 hours and 18 mins with animalistic rallies, reminding us of the Rafael Nadal– Novak Djokovic iconic rivalry on the court. These two have played 4 times against each other and have 2 wins apiece. Apart from the US Open encounter, the pair battled out earlier in Wimbledon 2022 R16, where the Italian came out on top in 4 sets.

Holger Rune is having a 1-1 head-to-head against Alcaraz. Their first meeting was in the next-gen finals last year when the Spaniard survived. Rune leads the head 2 head against Sinner 1-0 but trails against Felix 0-1. He hasn’t played any of them in Grand Slam yet.

22-year-old Felix, 19-year-olds Alcaraz, Rune, and 21-year-old Sinner have already been fighting for the top prizes in tennis consistently. The Tennis world is looking forward to more such epic encounters. Adding 20-year-old Lorenzo Musetti, who is currently ranked number 23 into the equation, the future of tennis is here already.

Also Read: “He serves as a great example,” Novak Djokovic eulogizes Lionel Messi for his humbleness despite his unparalleled success