Italian Open 2022 Final: Novak Djokovic vs Stefanos Tsitsipas Live Stream: When and where to watch, TV Channel details in the USA, UK, Canada, and other countries 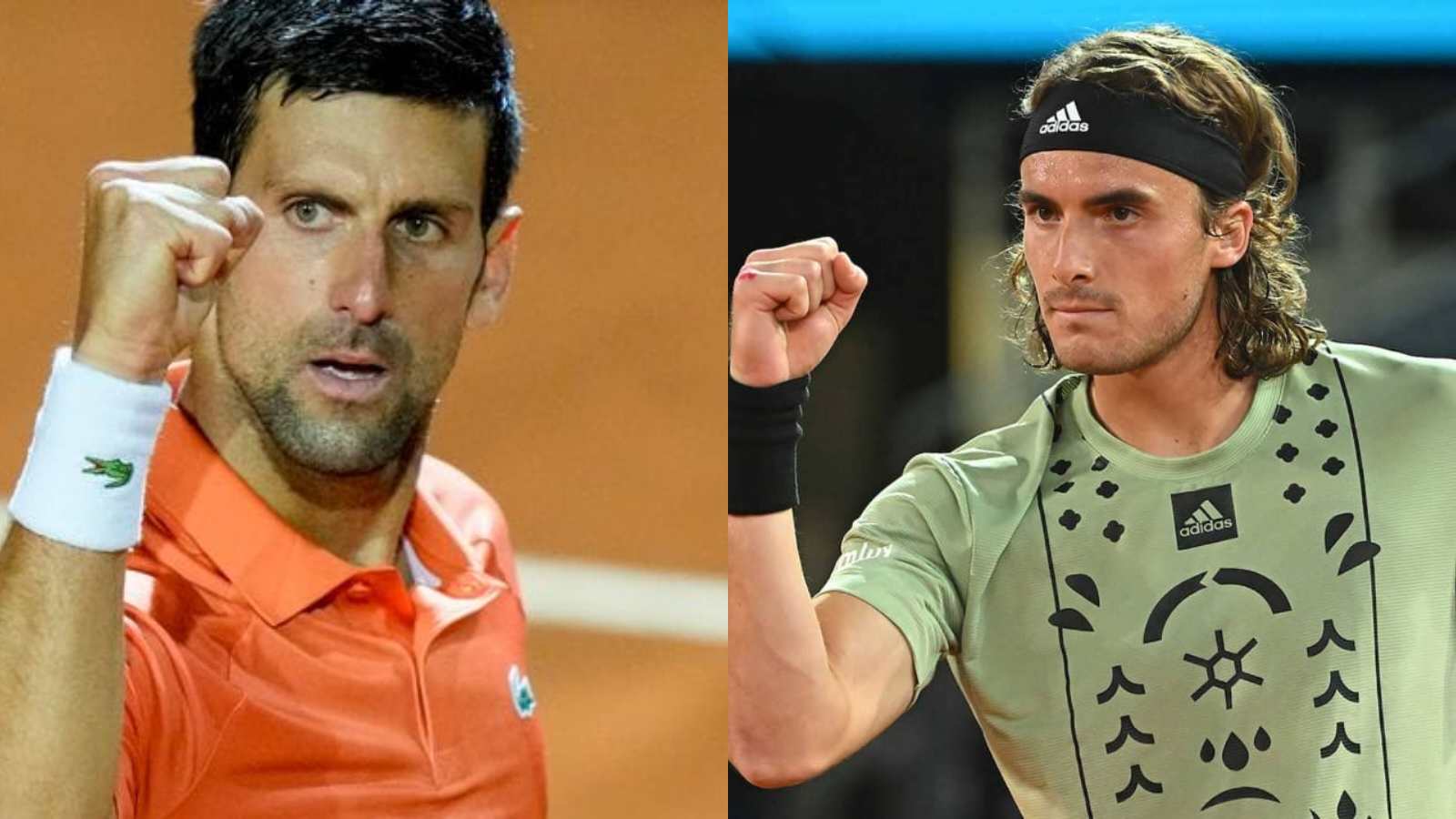 The tenth meeting between Novak Djokovic and Stefanos Tsitsipas will cap off a thrilling week in Rome. When it comes to French Open contenders, one appears to be back in top form, while the other is juggling between the first and second leagues. Who do you think will win the Internazionali BNL d’Italia championship in 2022?

Novak Djokovic was far from convincing even less than a month ago in Belgrade. The Serbian was dropping sets left and right and battling to recover after a long layoff. However, it appears that these issues have been resolved. In Madrid, Djokovic reached the semifinals before losing in a third-set tie-breaker against Carlos Alcaraz. He’s been even more lethal in Rome, where he hasn’t dropped a set in four matches.

Also Read: ‘I can expect a big battle but I’m ready for it,’ Novak Djokovic all set to win his maiden title of the season, rates Stefanos Tsitsipas amongst the best clay-court players

In Monte Carlo, Stefanos Tsitsipas won the first clay ATP 1000 event of the season. Since then, it appears that all of his adversaries have improved, while he has been a little underwhelming. He’s still going deep in all of the clay tournaments, but he’s being sucked into tough early-round battles like this one against Grigor Dimitrov, where he had to save two match points. He was nowhere near his best against Carlos Alcaraz in Barcelona or even both matches against Alexander Zverev (lost in Madrid, won in Rome).

The 2022 Italian Open men’s singles final between Novak Djokovic vs Stefanos Tsitsipas will be the third match on Sunday and the second on Center Court. The match is scheduled to begin at 4 p.m. local time. For fans in the United States, the United Kingdom, Canada, and India, these are the final broadcast times-