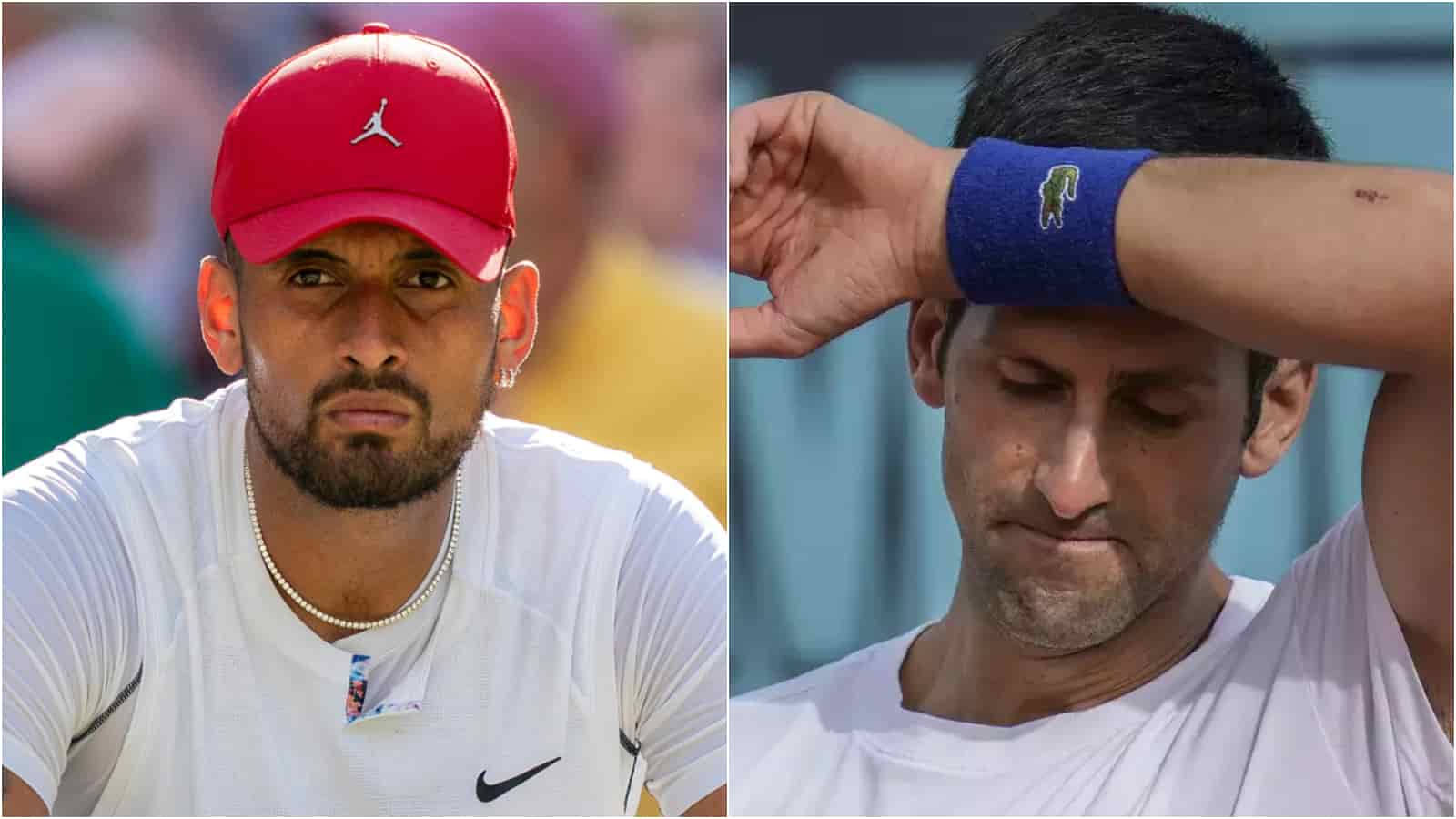 Nick Kyrgios is the highest-ranked male Australian player. He is currently ranked World No.22 in the ATP rankings. But that does not stop him to challenge one of the best players on the tennis circuit.

The Australian will be playing in the World Tennis League, an exhibition event in Dubai in December. The format of the event is such that sixteen (eight male and eight female) players have been chosen and split into four teams.

Nick Kyrgios will be part of the ‘Eagles’ team with 2022 WTA Finals winner Caroline Garcia, Bianca Andreescu, and Andreas Seppi. He will be playing against Novak Djokovic on December 19. The 21-time Grand Slam champion will be leading ‘Falcons’ team. His team consists of 2022 WTA Finals runner-up Aryna Sabalenka, Paula Badosa, and Grigor Dimitrov.

It will be a challenge for the Australian who lost to Djokovic in the 2022 Wimbledon final. However, he is fancying his chances against him.

“The team that has my eye is definitely Novak and the Falcons. I can’t wait to come against them and I can guarantee an Eagles win,” he said in a social media post as reported by The Express.

Nick Kyrgios loves to play in team events. He is very excited to be a part of the World Tennis League.

“I thrive and have so much fun in a team environment. An event like this for the fans is so important. We have fan interactions, the ability to see female and male athletes come together and achieve something, is really really cool,” he added.

The mixed-gender tennis event will be played on the hard court between December 19 to 24. This will be the first time this exhibition event is being organized.

Nick Kyrgios is a crowd favorite, especially, of the Australian crowd. They support him and want him to win. At the Australian Open 2023, the crowd will be supporting him and other Australian tennis players such as Alex de Minaur, Thanasi Kokkinakis, Ajla Tomljanovic, etc.

But he needs to improve his performance on the court too. His best performance at Melbourne Park came in 2015 when he reached the Quarter-finals round of the tournament. He lost to Andy Murray in straight sets. The following year, he won the 2016 Hopman Cup for his country Australia.