“He reads his opponent probably the best,” Sebastian Korda wary of the Novak Djokovic threat in Adelaide International final 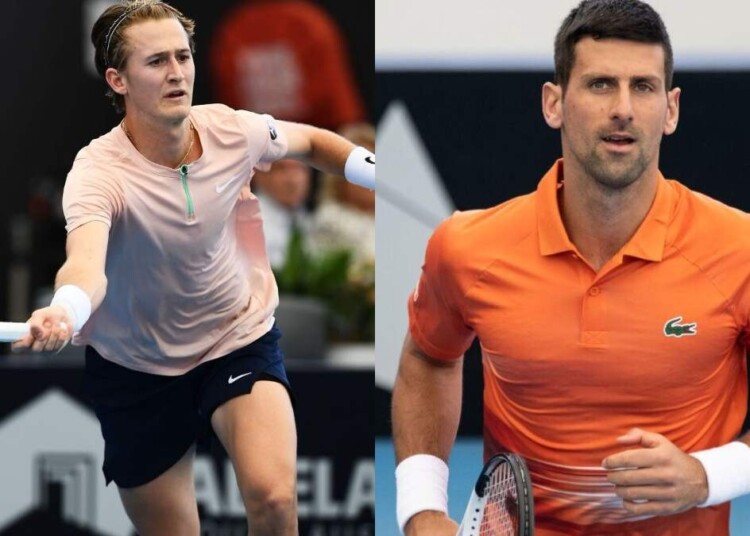 Sebastian Korda is set to go face-to-face against Novak Djokovic in the finals of the Adelaide International on Sunday. The 22-year-old will go up against the World Number 5 for the first time and has acknowledged the challenge he faces. He stated that he is excited about the match, especially with the way he is playing at the moment.

“Tough draw,” Korda said ahead of the finale. “But very, very excited for the way I’m playing. I think he is so good. If Plan A isn’t working, he goes to Plan B, Plan C, Plan D. He has all these different tactics he can use against you. He reads his opponents probably the best that anyone can read. I think it takes a big game to beat him. I think I have that type of style. Just try to go into him and try to come out on top,” he continued.

Sebastian Korda has been in sensational form at the Adelaide International. The young American has not dropped a set while racing into the finals. He beat former Number 1 Andy Murray 7-6(7), 6-3 in his first match of 2023. He proceeded to get the better of Roberto Bautista Agut in the round of 16. Korda faced his biggest challenge when he was up against sixth seed Jannik Sinner in the quarter-finals. He sensationally defeated Sinner 7-5, 6-1, and set up a semi-final clash against Yoshihito Nishioka.

Having won the first set 7-6(7), Nishioka’s withdrawal meant Korda reached the fifth final of his career. The tall American has one of the four other finals, lifting the Emilia-Romagna Open trophy in 2021. He will be keen to continue the series of shocks which have landed him a final against one of the greatest players ever to play the sport.

Korda will also have an eye on the Australian Open. He reached the 3rd round of the first Grand Slam in 2022. He was able to beat Cameron Norrie and Corentin Moutet before losing to nineteenth-seed Pablo Busta. The big-serving American will be hoping to go further at the 2023 Australian Open.

Novak Djokovic is aware of Sebastian Korda’s abilities as well. Ahead of the finale, the Serbian revealed his game plan on how he plans to face the American.

Djokovic speaking after his semi-final victory over Daniil Medvedev said, “The cleanest striking technique that you can see on the tour. He’s so talented…The way he plays, the way he moves on the court, just beautiful-looking tennis. Going to try to make it ugly tomorrow!”

The final of the Adelaide International promises to be an exhilarating match. The big-serving young star going up against a legend of the game is an exciting proposition. The winner of the competition will get a big boost ahead of the Australian Open.