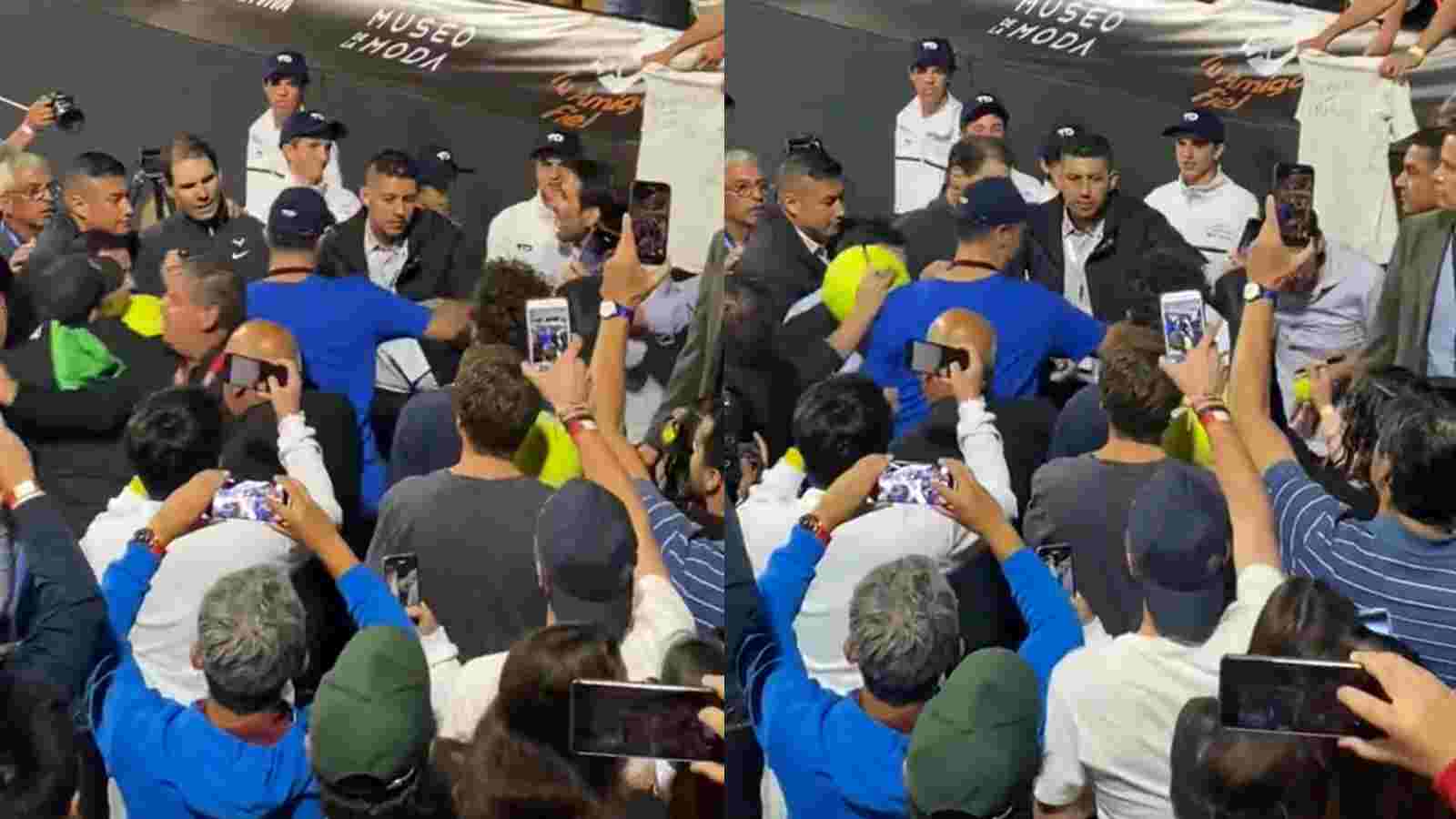 The World No 2 Rafael Nadal is regarded as one of the greatest players of the sport. He is currently touring around Latin America along with World No 3 Casper Ruud. They will play exhibition matches around six cities starting from Buenos Aires and finishing the Tour in Mexico City.

The Mallorcan has had a great year winning two Grand Slam titles of the year. He was on the verge of achieving his third Grand Slam of the year but an untimely abdominal injury during Wimbledon put brakes on his momentum. His campaign at the Year-end Championship ended with a win against the Norwegian despite losing his first two group-stage matches.

Chile was the second city on the Tour where he played against Alejandro Tabilo in the exhibition match. He defeated the young Chilean in straight sets. As he exited the fully packed San Carlos de Apoquindo stadium, the 22-time Grand Slam winner was dangerously crowded by the over-excited audience. They tried to intrude on his security as he was escorted out of the stadium with just two guards.

The spectators pounced on the former World No 1 just to get selfies and autographs from Nadal ignoring his privacy. He seemed annoyed by some spectators who tried to get onto his face but soon obliged to sign tennis balls for the fans. He did not disappoint any fans and reached every possible person who wanted his sign while trying to remain calm and composed as he made his exit.

Soon, the video went viral and the relaxed environment of the exhibition match turned into something dangerous for the 2022 French Open champion. People on social questioned the privacy of Rafael Nadal and bashed the fans present in the stadium for disrespecting the Spaniard. They even lamented the situation where he was banged, shoved, and made a totally chaotic situation.

From the wide spectrum of online reactions, sharing a few of them:

Rafael Nadal is enjoying his time on the Latin American Tour along with Ruud as he plays football with his team members and the US Open finalist at the airport in Belo Horizonte, Brazil. The 36-year-old Spaniard will be aiming to make a strong and competitive in 2023 by defending his title at the Australian Open. He had even stated about arriving early to start his preparations and adjust to the environment.

Also Read: Stan Wawrinka introspects his career and his relationship with Roger Federer, says “was always going to be light years away from him”

Also Read: “Both the 2nd best players in your sport to come from your own country”- Piers Morgan fires shots at Andy Murray over supporting Lionel Messi