Many greats of the game have battled it out at Melbourne Park to make the list of the 5 longest matches in the history of the Australian Open. 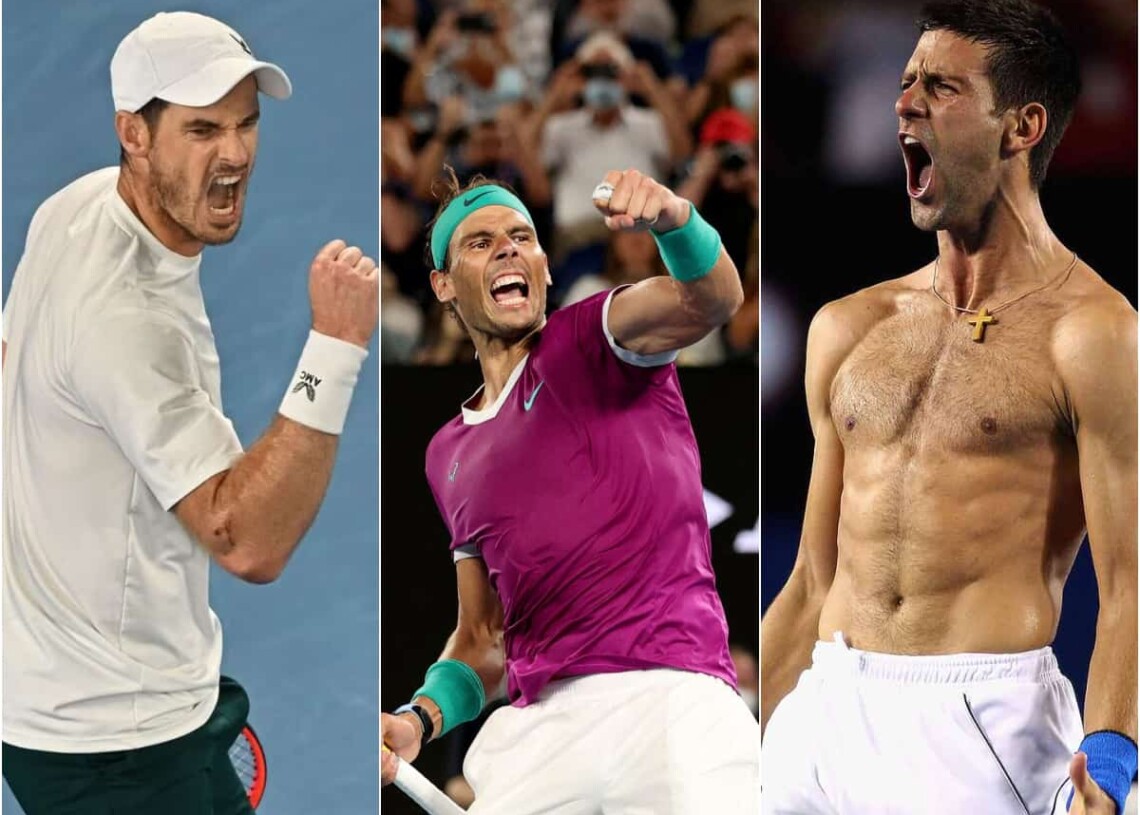 The Australian Open is the first Grand Slam of the season. It is held in Melbourne usually in mid-January for a fortnight. It is the first Grand Slam tournament to continue playing indoors in case of rain or extreme heat during the Australian summer. All three primary courts, Rod Laver Arena, John Cain Arena, and the Margaret Court Arena, are equipped with retractable roofs.

The Slam is also called the ‘Happy Slam’, a term first coined by Roger Federer, who is a 6-time champion at the Slam. The tournament gets this particular name as many players like to play at the Slam and with it also being the first Slam of the season, even the spectators are happy to have live tennis action. The tournament has seen some thrilling matches over the years and here we look down at the 5-longest matches played at the Grand Slam over the years.

Incase you missed it: Are Australian Open balls different than other tournaments?

With 5 Grand Slam titles to his name already, the then World No. 1 Rafael Nadal was yet to win a Grand Slam title on hard courts. At the 2009 Australian Open, the Spaniard reached the final-4 of the Slam without dropping a single set. He was set to meet compatriot Fernando Verdasco. Verdasco won his first 3 matches in straight-sets. He then defeated Andy Murray in the 4th round and then won his quarter-finals in 4-sets.

They split the first two sets between them. Nadal won the 3rd set in the tiebreaker and then Verdasco won the 4th set. He not only battled Nadal but also severe cramps. He had to call his trainer to give him some treatment and relief on the sidelines. With the match now past midnight, the two Spaniards did not stop. Eventually, Nadal won the match 6-7 (4), 6-4, 7-6 (2), 6-7 (1), 6-4 in 5 hours and 14 minutes. Nadal eventually won the title, his first of the two titles in Melbourne.

20th-seeded Ivo Karlovic was up against the unseeded Horacio Zeballos in the first round of the 2017 Australian Open. Karlovic had earned the reputation of being a serve bot for having fired the most aces in history till then.

Horacio won the first two sets against all odds despite Karlovic being the favorite going into the tie. The Croatian reacted well to take the next two sets and take the match into the deciding set. Having played 4 grueling sets already, the duo played out a total of 42 games in the 5th set. Karlovic eventually won the match 6-7(6), 3-6, 7-5, 6-2, 22-20 in 5 hours and 22 minutes.

The match entered the record books with Karlovic hitting 75 aces, an Australian Open record, while the 84 games played during the 5-sets also became the highest number of games played in a single match at the Slam.

Rafael Nadal and Daniil Medvedev went toe-to-toe in the finals of the 2022 Australian Open. Medvedev was the runner-up at the event in 2021. He also was the reigning Grand Slam champion having won the 2021 US Open. Nadal was looking for his second Australian Open title having last won the Major back in 2009. Since 2009, he had lost 4 Australian Open finals and was desperate for his 2nd title there.

Medvedev started well and drew the first blood taking the set 6-2. The second set was better fought by Nadal but the Russian came out on top in the tiebreaker. He was inching closer to the trophy with a 2-0 set lead. The Russian looked on course for a straight-set win as he was leading 3-2 in the third set and had a triple break point. Nadal however came clutch to keep it at 3-3 before going on to win the set 6-4.

The fourth set was a back-and-forth battle between the two. Rafa eventually came out on top to send the finals into the deciding set. Despite serving for the championship at 5-4, Nadal could not convert as Medvedev forced the 12th game. Nadal eventually held his serve at 6-5 to win the title and become the first man ever to win 21 Grand Slam titles, a record he would better at the 2022 French Open. The match ended at 1:11 am local time.

At the second round of the 2023 Australian Open, Andy Murray and Thanasi Kokkinakis left everything on the court. Playing at the Margaret Court Arena, the duo battled for five hours and 45 minutes before Murray emerged as the winner. The match ended at 4:06 AM local time.

Murray had initially lost the first two sets. Coming from a first-round match that went on for four hours and 45 minutes, not many expected Murray to turn things around. He however surprised everyone as he won the match 4-6, 6-7(7), 7-6(5), 6-3, 7-5. It was the longest match that he had ever played in.

The match came in touching distance of being the longest Australian Open match but fell short by 8 minutes. Nevertheless, it will go down in history for the sheer competitiveness the two players showed during the marathon battle.

The finals of the 2012 Australian Open remains the longest Grand Slam final in the Open Era in duration. It is undoubtedly one of the greatest ever tennis matches as well. Rafael Nadal was already a 10-time Grand Slam champion and was looking for his 2nd title at the Australian Open while Novak Djokovic had won just four Grand Slam titles and was also the defending champion that year.

After having split the first 4 sets, a roaring crowd was pleased to see the match go into the 5th set. Nadal was 4-2 up in the 5th set and seemed to win the title but Novak fought back bravely and with a strong forehand while approaching the net and gave out a big roar as he won the title in front of a rousing crowd. Djokovic finally won the match 5–7, 6–4, 6–2, 6–7 (5–7), 7–5 in 5 hours and 53 minutes.

During the presentation ceremony, both players had to be given chairs as they struggled to stand after having played a marathon match.

What are Australian Open courts made of?

All you need to know about the Australian Open Trophies