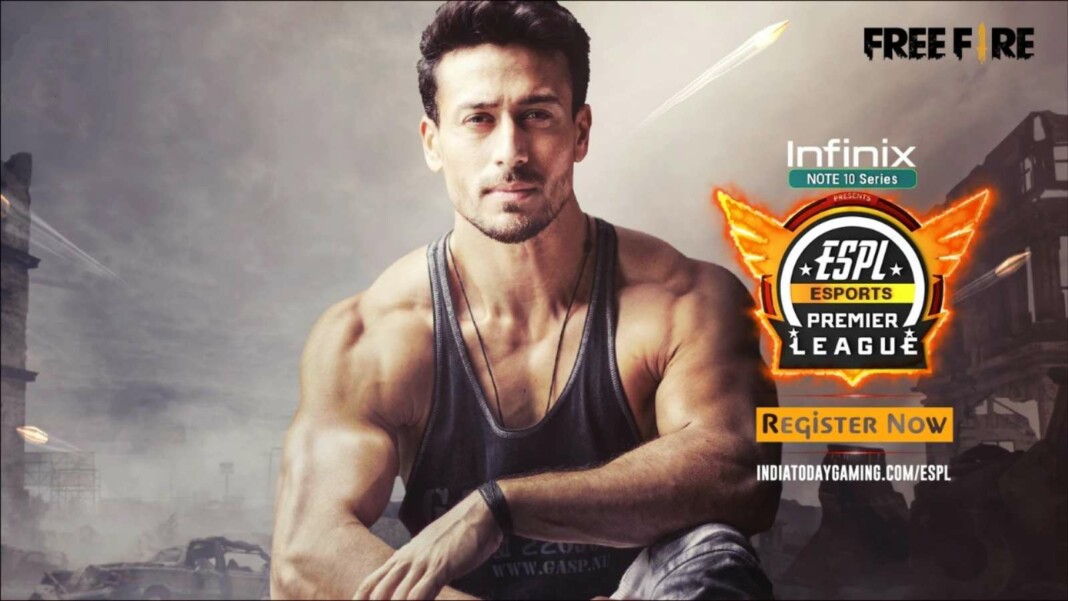 Esports Premier League 2021, a franchise-based official Free Fire Tournament, commencing from June 16 has signed Tiger Shroff as their brand ambassador. ESPL 2021 has teamed up with Garena, a popular Media company India Today to bring up its first-ever Free Fire Tournament in India. The league is sponsored by Infinix Mobile Company, a Hong Kong smartphone company.

ESPL 2021 is a franchise-based tournament partnered up with Garena to bring up the exclusive gaming platform in India for Free Fire. The league will be conducted over a due course of 2 and a half months and boasts a prize pool of 25 lakhs INR. However, Tiger Shroff is the first-ever Bollywood actor to enter a gaming scene in India which may turn this tournament into one of the biggest events in the eSports and Gaming scene.

Esports Premier League has signed Tiger Shroff as their Free Fire Tournament’s Brand Ambassador. Indeed, Tiger Shroff is the first-ever Bollywood actor to step into the Esports scene in the regions. He will be the Brand Ambassador for this tournament where his popularity will be going to attract several people’s attraction other than the gaming industry. The organizers will make sure to pull attention as much as possible to the centre of it. By partnering up with India Today and Tiger Shroff, the league will generate massive attention in the region.

Upon the cross over with ESPL 2021, Tiger Shroff has expressed his happiness with the following words,

Alongside the popular actor, Mr. Vishwalok Nath, ESPL Director had made a few statements on this partnership in which he says:

“One of the major goals for ESPL has been to reach out to every millennial and gamer in the country and our purpose of having Tiger Shroff on board has been to create a much deeper connect and grow the gaming community. We hope this association will also further our initiative to intensify the mission of taking Esports to the next level in India.”

ESPL 2021 is a region-exclusive tournament in India similar to FFCO 2021. The tournament will feature teams from popular cities in India which includes Delhi, Punjab, Mumbai, Rajasthan, Hyderabad, Bangalore, Chennai and Kolkata.

The league is a nation-wide tournament which contains 700 online matches and more than 300+ streaming content. The top 8 teams will compete against each other in the grand finals from 8 regions for the championship title and prize pool of 25 Lakhs INR. The tournament will also have awards for MVP and Fan Favorite player and the winners take home 12 lakhs INR.

The tournament has four phases in which the first phase will be open qualifiers in which the top 88 teams will be qualified for the next round. The second phase will be played with the top 88 teams along with 8 invited teams. 8 Teams will be qualified for phase 3. phase 3 will be played in Clash Squad Mode. After phase 3, the teams will qualify for Grand Finals. The tournament will be streamed live through YouTube channels of India Today Gaming and AajTak and their Facebook channels including OTT giant Disney+ Hotstar.

The registrations for Group B of Phase 1 is going on. Click here to get redirected to the Registration page. 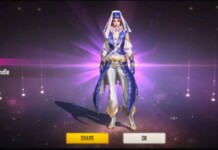 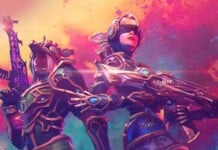