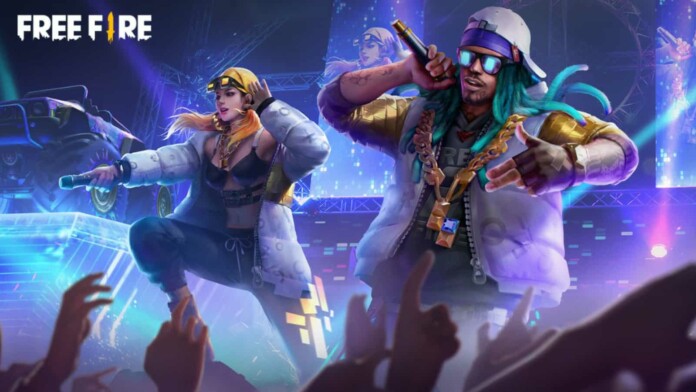 Free Fire is a quick-paced battle royal game and is popular for its unique features. The game has arsenal of weapons & skins, lots of cosmetic bundles, periodic events & updates, characters and more. The characters alongside pets will boost the player performance in all sorts giving him an easy way to get Booyah.

Apart from firearms, the game includes throwable utilities such as smoke grenades and bombs or flash grenades. Free Fire also features a unique throwable utility named gloo wall grenades. These grenades will give instant cover to players by making a strong wall covering the player from enemy’s shots. This acts like a protective shield for players so that they can take cover, retrieve and make a move again once they are set free. These gloo walls have alluring finishes(skins) which players would becomes so desperate to avail them.

This skin might do not look good but it is seen as very helpful in many situations in the game. The appearance does not make any place in the list and is only spotted because of its assistance. The skin is even available for 100 diamonds. The gloo wall skin is so big that it can cover more radius from either side. This is the reason that this skin is listed in this list which helps you in-game.

Spiky Spine gloo wall is one of the best gloo wall skins in Free Fire. The skin was released in a top-up event named Spiky punk. It resembles the appearance of a Rhino and looks good while you are playing a game with this skin.

Taunting Dino skin is one of the rarest gloo wall skins, and it is a bit colourful too. On the opposite side of the skin, a boy with sarcastic laugh and comment will be present. The comment reads: ‘Hit Meeee!’, which is like making complete fun of opponents .

This skin looks a bit scary. As the name says, the skin resembles a volcanic mountain and the lava flushing in & out. The look of the skin has a devil-like face with a furious look on it. Players also call it Flaming Gloo wall.

The skin was shown available in Penta Flip even in Free Fire which the skin is grand price.

The in-game description of this skin reads:’ Rage against all rules’ which the skin speaks itself and is completely suited for the description.

The skin was seen in a top-up event of 500 diamonds and most of the players hadn’t taken the skin which makes it a rare skin.

This skin was featured in an elite pass season which has got so many pre-orders just for this skin. The skin looks so good in terms of colour and context when used in the game which can be spotted from a distant place. That also makes your name stand out from the crowd.

This is one of the oldest Gloo walls and the appearance of this gloo wall makes a spot in this list. The red colour and the face of a dragon on the skin looks super amazing which can be seen from even long range. The skin was seen available in a top-up event of 500 diamonds.

The Gloo wall skin was used by most of the professional players outside Indian servers. They personally prefer this skin as their primary skins of Gloo Wall. The Gloden finfish on the Dragon face makes this Gloo wall exclusive. The gloo wall skin was available in the ‘Relic Hunt’ event and is one of the favourites of many players.

This gloo wall skin is the biggest of all skins in the game and also considered one of the best skins in the game of all times. The size of this skin is capable of protecting several players behind it which makes this skin exclusive among all others.

The Cobra strike gloo wall skin was seen in an event named ‘Cobra Strike’ event in which this skin is one of the grand prize of the event. Many players have this skin, and the reason for its popularity is its color textures & patterns and designs on the gloo wall.

ALSO READ: How To Overplay Awaken Andrew In Free Fire: Here Are Some Tips